October edition of South of the River now available 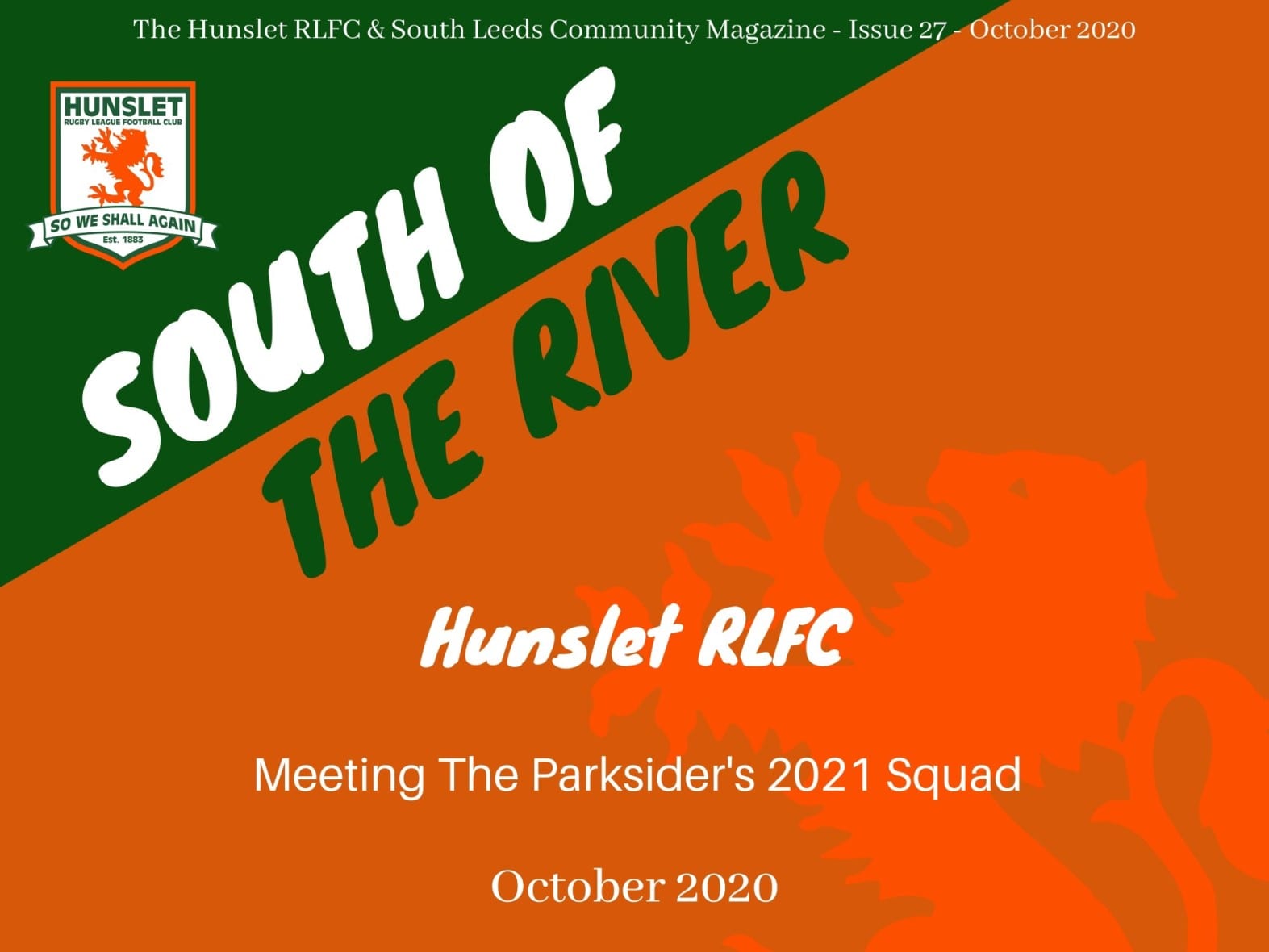 More members of Hunslet’s 2021 Betfred League 1 squad come under the spotlight in the current issue of South of the River.

The monthly magazine focuses on the Parksiders and on the amateur Rugby League scene in south Leeds and district.

The magazine, which went on-line during the summer, includes insights by chairman Kenny Sykes and head coach Gary Thornton and, in addition, continues its ongoing feature in which Hunslet’s players’ junior and youth careers are highlighted.

Regular columnists such as Pat Benatmane, Steve Boothroyd and Steve Calline offer their usual entertaining reads, and there’s a profile of the decade in which Hunslet were Yorkshire Cup Final regulars.

The bumper 46-page October issue, which includes high-quality images by club photographer Paul Johnson and others, costs only £3 – and it’s free to Hunslet’s very supportive members and season ticket holders.

The October issue can be purchased by visiting https://hunslet.mysportsonline.uk/subs/purchase, following which simply click or tap the front cover to enjoy the contents.      The magazine can be viewed on mobiles and tablets, as well as on desktops.