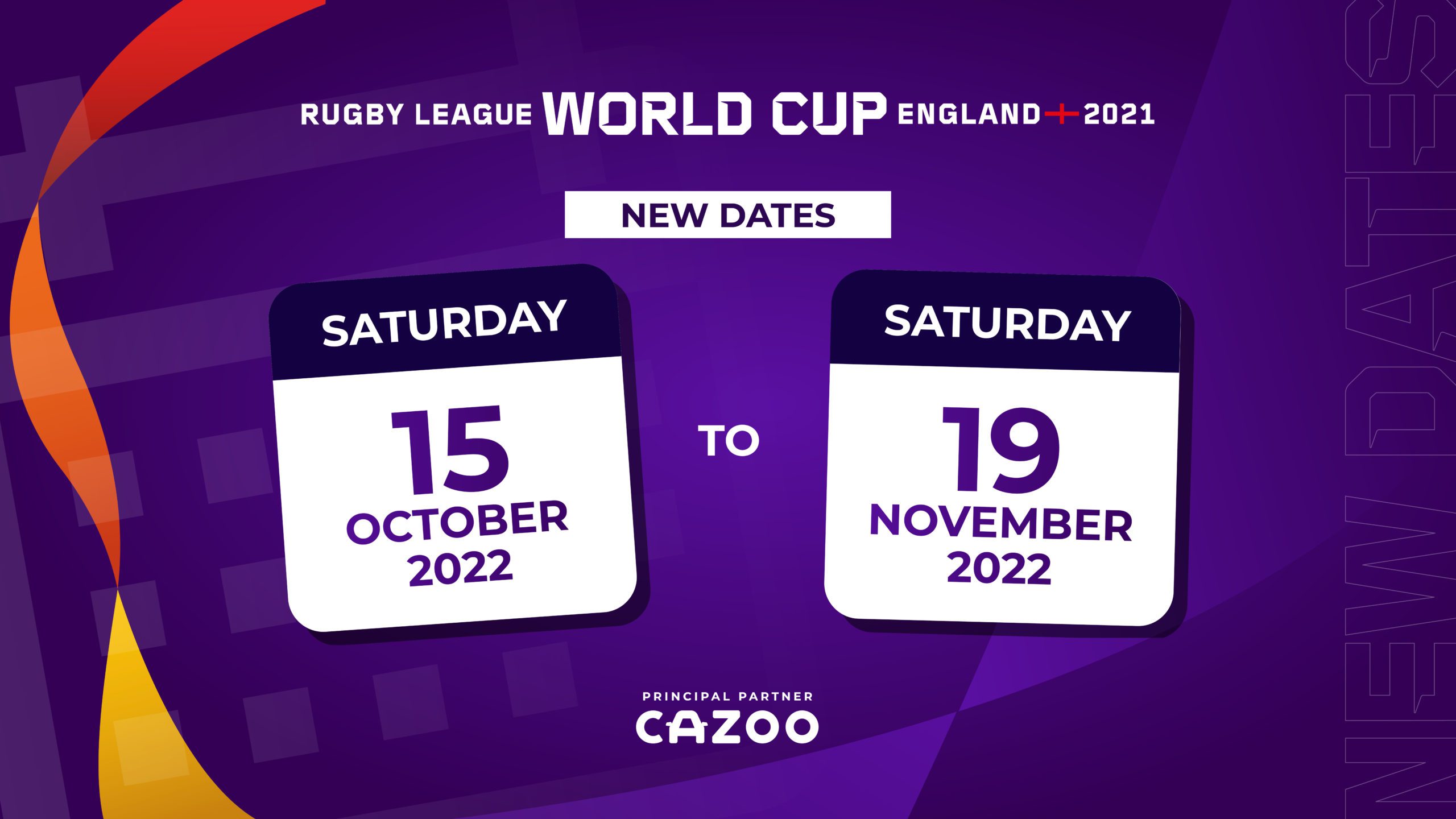 RLWC2021 has confirmed the dates for the Rugby League World Cup, which will now take place between Saturday 15 October and Saturday 19 November 2022.

Organisers have also announced that the opening match and the Men’s and Women’s double-header finals will be played, as originally planned, at St James’ Park, Newcastle and Old Trafford, Manchester respectively.

“We are delighted that these two iconic venues will remain in place to open and close the biggest and best Rugby League World Cup ever,” said a spokesperson, adding, “the new tournament dates have been confirmed following detailed consultation with a number of partners. In particular, RLWC2021 would like to thank Super League Europe and the member clubs, who have been extremely accommodating.”

The dates see the tournament move one week earlier than scheduled in 2021, to maximise attendance and viewership. Work now continues to release a full revised match schedule by no later than the end of the year.

The earlier start means RLWC2021 will fall between the 2022 Commonwealth Games and the 2022 FIFA World Cup. Consequently, existing broadcast partners will air all 61 games in the tournament, as would have been the case had the competition gone ahead this year.

RLWC2021 has, meanwhile, reaffirm to those who wish to retain their tickets for 2022 that there is nothing further to do; tickets will be automatically transferred to the corresponding fixture next year. And, as a `thank you’ for continued fan support, RLWC2021 has created `he Foundation Fan Squad’, an exclusive group that will receive a `thank you’ pack including an updated wall planner, the chance to win exclusive prizes, access to content and other benefits for the next year.

The spokesperson continued: “While it is hoped that all ticketholders decide to stay with us and support the tournament in 2022, it is understood some fans may not be able to attend. The first general admission ticket refund window will open, today, for a three-week period. For those who have purchased a RLWC2021 ticket product through official platforms, please visit www.rlwc2021.com/tickets for specific ticket refund information.

“RLWC2021 would like to take this opportunity to thank all those involved in the process of confirming the dates for 2022. We look forward to working closely with all nations, sponsors, partners, venues, host towns and cities as we finalise the revised tournament schedule.”

Jon Dutton, RLWC2021 Chief Executive, said: “I am delighted that we have been able to announce the revised dates today and can now look forward to the biggest and best Rugby League World Cup ever in the autumn of 2022.

“The continuing conversations with all our supportive hosts and venues have been hugely positive. We are confident that we can deliver a similar tournament schedule, which will be communicated as soon as possible.

“Obviously, we are disappointed the tournament will not be happening as originally planned but we are determined to make next year a celebration of sport, unity, people, place and civic pride.”

Troy Grant, IRL Chairman said: “The Rugby League World Cup is the international pinnacle of our sport, and I am delighted that the new dates have been agreed meaning we can now push forward towards autumn 2022.

“Jon Dutton and the entire RLWC2021 team have worked tirelessly following the postponement being announced and I have total confidence that the 2022 incarnation of the tournament will be the best we have ever seen both on and off the field of play.” 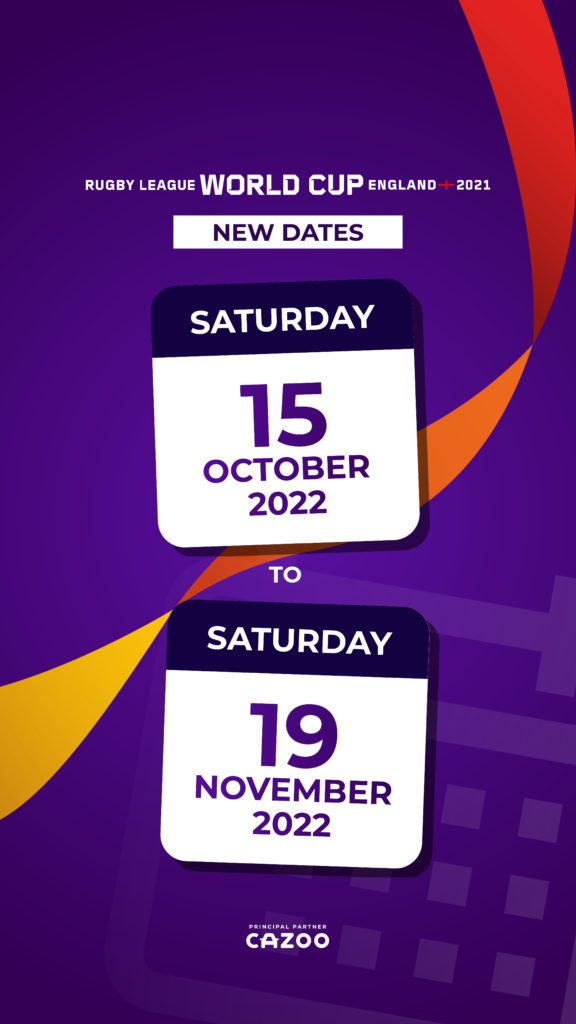