Second Heritage Room to open at the Garden Gate 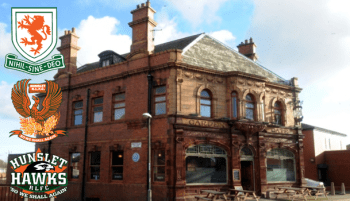 The Hunslet Rugby Foundation in association with the Garden Gate will open a second heritage room dedicated to the history of Hunslet Rugby League.

The second room at the Garden Gate will bring the Clubs history timeline up to date and incorporate the Hunslet Rugby League Hall of Fame.

The Hall of fame boards will feature the following club legends:

To mark the event the first 100 pints will be just £1 each courtesy of The Garden Gate and Leeds Brewery.

We have a long list of invitees including local councillors, club officials and sponsors and we would like to see as many Hunslet fans as possible come along.