September edition of South of the River now out! 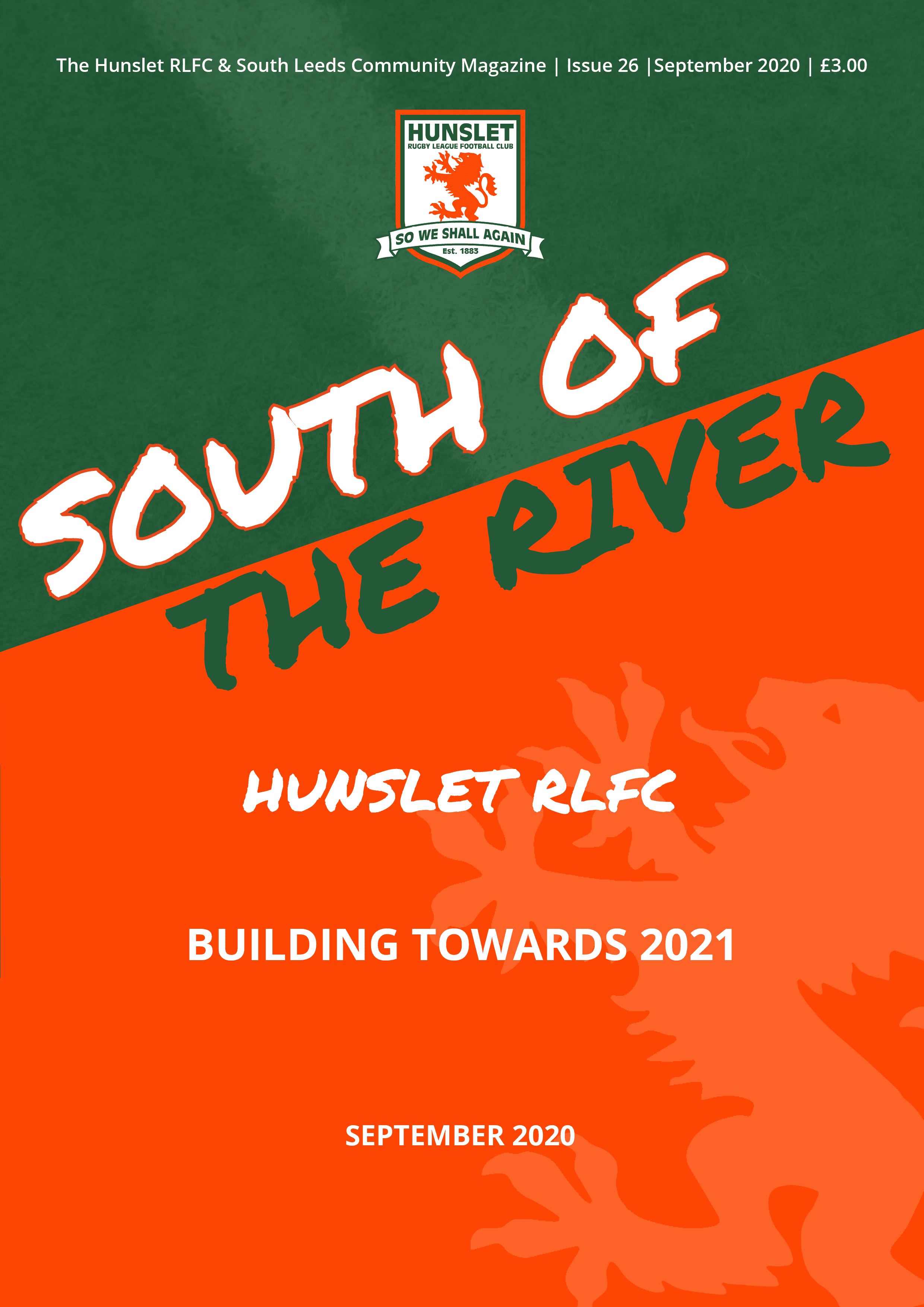 The latest issue of South of the River – the monthly magazine devoted to Hunslet RLFC and the grassroots Rugby League scene in south Leeds and the surrounding area – is now available.

The magazine, which recently went on-line, features in its September edition the remarkable story of Tony Levison who, at the age of 69, has pumped a sizable sum into the club after having nattered for over half a century about sneaking into the famous Parkside ground a couple of times in the 1960s through a hole in the fence.

The tale is also told of how another honourable Hunslet man, the great Albert Goldthorpe, missed the Parksiders’ first game in the Northern Union, at Warrington on Saturday 7 September 1895, because of an important prior commitment with the club’s cricket team.

Several of head coach Gary Thornton’s recent signings ahead of the 2021 Betfred League 1 campaign come under the spotlight in `getting to know’ features, while Steve Boothroyd looks at some of the fine teams of the past in his regular schools Rugby League column, with possibly the oldest image of a school team included.

With many other diverting articles, including those by regular columnists Pat Benatmane and Steve Calline, South of the River offers terrific value at just £3 for its 43 pages. And it’s free to Hunslet’s members and season ticket holders, who have given the club tremendous backing in these testing times for all sports.

The September issue, which as always is packed with evocative images, can be purchased by visiting https://hunslet.mysportsonline.uk/subs/purchase, following which simply click or tap the front cover to enjoy the contents.

The magazine can be viewed on mobiles and tablets, as well as on desktops.

Members and season ticket holders can access South of the River until the start of next season, when the decision will be reviewed, by visiting https://hunslet.mysportsonline.uk/

After clicking on the three bars in the top left corner, select register from the drop down menu.