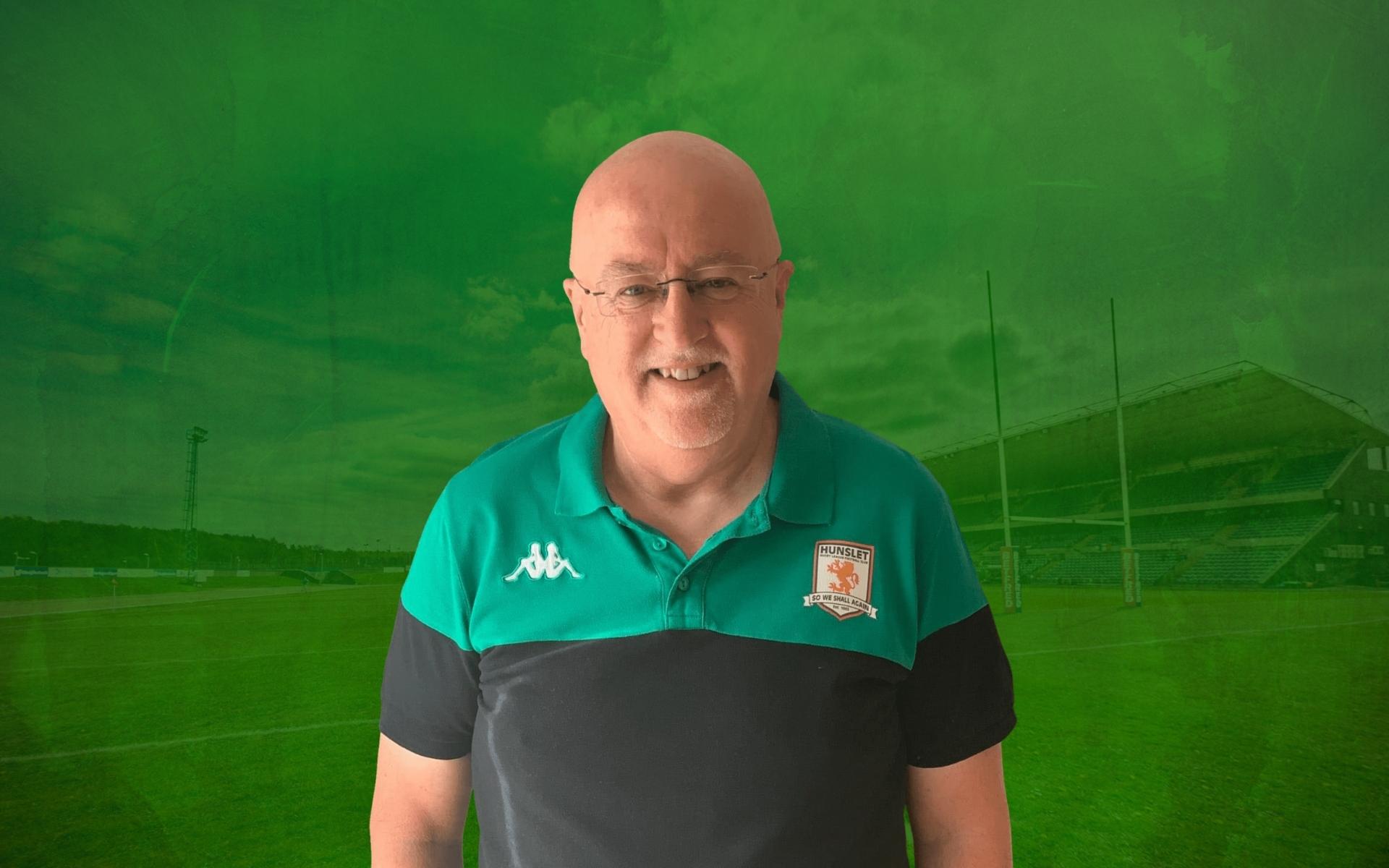 Today sees Hunslet celebrate ten years of supporter ownership by the Hunslet Independent Supporters Trust. Current Director, Neil Hampshire, who also served as Chairman from 2012 to 2019, is the one constant throughout those ten years and is happy to be the subject of a Q&A to reflect on a decade of, in his own words, “Blood, sweat and tears”.

Ten years is a long time, how did the supporter ownership come about?

It’s a long story but I’ll try and be brief.

We had set up HIST in 2010 and then-chairman Grahame Liles asked to meet with us in August 2011. He advised that he had been trying to find new owners for the club but had not managed to do so and he wondered how we felt about taking over the reins? After a number of discussions, we agreed to take control for the 2012 season, and I was made chairman in February 2012. For that first season of our involvement, Grahame was still the owner and remained on the board. Once he was comfortable that we would be able to manage the club he stepped down and he, along with the sadly missed Sean Cluderay, gifted their shares to the club to give us majority ownership. That was on 12 October 2012. It was a magnificent gesture and reflects on their genuine care for the club. Following discussions with other shareholders, many of whom also agreed to gift their shares, we now actually hold 93 per cent of the voting shares in the club. It was a baptism of fire though, and there was a lot of “blood, sweat and tears” in those first few years as we found our feet.

What’s been the highlight?

Taking over in the first instance, but obviously winning the Grand Final in 2014, and the fantastic reception the team received in the Phoenix Bar when we got back from Headingley was awesome. The fact that we are still here after ten years, and in a stable position from which to take the club forward, is also a major achievement.

What was the lowlight?

Relegation the following year! Unfortunately, in their wisdom, the RFL removed the bonus point that year and if it had remained, we wouldn’t have been relegated (defeated teams used to be awarded one point if they finished within twelve points of their opponents in an effort to try and drive a more competitive league).

Who’s been the best coach you’ve worked with over that ten-year period?

Barry Eaton was the first coach I worked with. He brought a lot of experience and professionalism. The fact he was assistant coach at Leeds Rhinos was perceived as a conflict of interest in certain quarters. However, I thought he was very much underrated and underappreciated and his commitment to the club was never in question.

Who’s been the best player over that ten-year period?

I can’t look past Jimmy Watson. He’s been a model of consistency and, as the saying goes, you certainly miss him when he’s not there! He’s been at the club almost as long as I have.

Who are the unsung heroes?

Frankly every board member, employee, volunteer, sponsor, investor, player, coach, backroom staff and fan that’s been with us on our journey. But I would give special mentions to:

Grahame Liles – For having confidence in us and setting the ball rolling.

Ian Johnson and Daz Williams – Who were excellent in helping to make the takeover transition as smooth as possible and invaluable in their knowledge and experience of running the club in the early days.

Peter Todd – He won’t want me to say why, but frankly without Peter there would be no club.

How has the Board evolved?

Dramatically! In the early days we would sit around the table and debate which outstanding invoices we could afford to pay that month and generally just debate the hot topics. Now it’s far more structured. We meet via Microsoft teams (to save travel) with formal agendas, board papers, financial forecasts, coach’s reports and go through action plans, strategic plans, deadlines, risk registers etc. It’s a world apart from where we were but it does help to underpin my mantra “fans can run the club, but you can’t run the club as a fan”. We are now run as an effective business, and it’s pleasing that we have been recognised and complimented on our set up and governance by the RFL. To put it into context, the average fan wants to come to enjoy the game, buy a pint – or several – and a burger and, hopefully, go home happy. But I don’t think there is always an understanding of the tremendous amount of hard work that has to be done behind the scenes, largely by volunteers, to enable us to provide that experience for them.

What are your hopes for next year?

On the field, head coach Alan Kilshaw is building a really exciting squad and I’m expecting us to be pushing strongly for promotion. It will be hard, Betfred League 1 is without doubt the most competitive, and enjoyable, division in Rugby League, but fingers crossed we remain largely injury free and get the rub of the green on key decisions this time around.

Off the field, it will be a year of celebration. It’s our 140th anniversary as a club, the 50th anniversary of Geoff Gunney saving the club when we almost went out of existence and, of course, it’s Jimmy Watson’s well-deserved ten-year testimonial. We will be holding events and dinners so look out for announcements and I’d encourage everyone to support them, and Jimmy, and join in the celebrations.

What are the plans for the longer-term future?

IMG have laid out their recommendations which I think are a little underwhelming. They are basically looking to bring licensing back in, to all intents and purposes. I don’t think it will be long before we see new franchises under this system either. But promotion and relegation remains between League 1 and Championship and our short term aim is still to gain promotion and be a competitive mid- to top-end Championship club. We will also initially look to see just how we can meet the relevant criteria to gain a grade B award once they are announced and of course we’ll also push on with trying to persuade the council to accept the investment proposal for the stadium. Beyond that, we’ll see! Here’s to the next ten years!