Watch Wales vs Jamaica this Friday 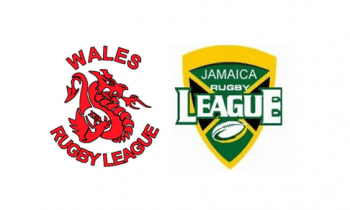 John Kear is calling on the people of Yorkshire to turn out in their numbers to support Wales’ international against Jamaica at Belle Vue Stadium on Friday night.

After a 50-0 victory over Serbia in their opening 2017 Rugby League World Cup Qualifier, Wales will face Jamaica for the first time in their history.

The Jamaicans will also be buoyed ahead of the match following their impressive 68-16 success over Ireland in Bray last Sunday.

With no other international fixture taking place in Yorkshire this weekend, Kear believes it is a great chance for people to catch some top class rugby league.

“I’m sure the people of Yorkshire will support the match,” he said. “People in the area are very knowledgable about their rugby league.

“You have the Four Nations but, at this time of the year, there aren’t many venues in Yorkshire being used, so it’s an opportunity for people to come and watch some international rugby league.”

On facing Jamaica, Kear said: “I think it’s very intriguing really; Jamaica are trying to establish themselves internationally and, for us, it’s a chance for us to take a look at those who didn’t play against Serbia.

“I expected them to do well in Ireland as they have a lot of Championship and League 1 players, but I was quite surprised by the side that Ireland played.

“Every game provides a different challenge and I have no doubt that Jamaica will be the same.”

On the back of last year’s success in the European Championships, Wales couldn’t have started off any better than they did against Serbia.

And Kear now wants his side to build on their performance as they have one eye on the crucial final Qualifier against Italy in Monza on October 29.

“It couldn’t have gone any better,” Kear said on the Serbia victory. “If we play to that standard again, I’ll be very happy.

“I thought we were very professional and I couldn’t be any happier with what we turned out on the day.”

Richie Barnett and Danny Thomas will feature for Jamaica.

Tickets are priced at £10 for adults and concessions and £5 for children. They can be bought online here: https://wildcats.mysportstickets.co.uk.