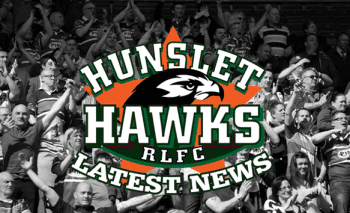 The HIST AGM took place in the Phoenix Bar last Wednesday evening and firstly a huge thank you to the members in attendance.

With Phil Clapham sending his apologies due to illness, Community Director Phil Hodgson was on hand to update members on the club’s financial activities throughout 2015. The broad plan was to hold outgoing costs at existing levels along with increasing new and existing revenue streams. That in turn would facilitate increased investment in the playing squad in order to avoid relegation from the Championship whilst also remaining safely within our budget constraints.

Phil then presented members with a profit/loss analysis covering 2014 and 2015 to illustrate how the club faired against that plan. The club were largely able to maintain costs at a consistent level in 2015 along with a seeing a marked increase in revenues. Our central funding allocation from the RFL, sponsorship, gate receipts and bar takings all increased in addition to the club receiving transfer fees for the likes of Thomas Coyle and Liam Hood.

The profit/loss analysis also illustrated the increased investment in the paying squad with wages rising by almost double in 2015 from 2014 (the wage figure also increased in part due to a larger number of matches in 2015). The club were able to stay within budget though in spite of the increased playing budget posting a small net profit at year end.

However, the club were of course unable to maintain Championship status and were relegated to league one last September. Chairman Neil Hampshire acknowledged that represented a major disappointment but that we were by no means disgraced in our efforts. He commented on what might have been and pointed to slender defeats against Halifax and Doncaster amongst others as key turning points in the season.

Phil continued by stressing that we cannot afford to become complacent and commented on the lessons learnt from last season. We must constantly drive revenues, it can become difficult owing to a lack of resource with too many jobs being split between too few people, but Phil stressed that it was not the time for excuses and reiterated the commitment of the board to address that. He also speculated on potential missed opportunity to create a wider network for the club through the partnership with Leeds Rhinos, a sentiment shared by some in attendance.

Both Phil and Neil stressed that interaction with Leeds City Council (LCC) needed to improve and that it was a priority for the board. Neil updated members on the current lease negotiations and managed expectations in terms of the timeframe that LCC and in turn the Club were working towards, with Neil having been working on the new lease agreement for four years now. However, there have been some tangible changes such as the opening of the Dug Out Bar on matchdays and the Goldthorpe Bottle Bar in the top tier.

An improvement in organisation was also a point raised having reviewed the previous year with Neil outlining a change to the board structure which he hoped would address that point. There will be an exec board consisting of the Chairman, CEO/General Manager along with the Finance, Commercial and Community Directors responsible for the overall strategy and direction of the club. Urgent decisions will be made by them reducing delays often encountered when fully consulting the whole board over each decision.

Beneath that will be the full board who will now meet on a less frequent basis than the exec board, potentially monthly or even quarterly as and when required. Below the full operational club board will now be five working/project groups each focusing on a specific key area such a community development, memberships along with bars and hospitality. It is hoped that the working groups will improve fan engagement with the opportunity for members to join the groups and become more actively involved in the running of the club. Those groups will deal with their specific area with proposals put to the board for consideration.

Phil then outlined the major challenge ahead of the club in 2016. As a consequence of relegation our RFL central funding allocation has been cut by 50%, sponsorship is currently down by 10% in 2016 with memberships down by over 40% from the 2015 figures. Additionally our attendances fell by 8% the last time we were relegated into the third tier.

Neil detailed the objectives in place for 2016 centred once more around increasing both new and existing revenues whilst driving outgoing costs down. The club is aiming for a 10% increase in new revenue via increased memberships, season tickets, new sponsorship along with the fruits of additional networking and marketing. A 10% increase in existing revenues such as the club shop and the Phoenix Bar. Finally a 10% reduction in outgoing costs such as office waste, bar waste, utilities and via a non-playing staff recruitment freeze.

Lewis Hyde then updated members on the memberships with particular attention paid to the decreased take up for 2016. Lewis acknowledged that the club could and should have been better in reminding fans and pushing for renewals, but also commented on a general disengagement between fans and HIST itself which the club urgently needs to address (a poor turnout at the AGM itself made this as apparent as ever). Lewis added that he would be actively reaching out to fans that are yet to renew in order to gain a better understanding of why that is. What do fans expect for their £15 membership fee? What can we do to make membership a more appealing prospect? What can we do to increase fan engagement? The club needs to find a way of giving fans and members alike more influence, more involvement and have them empowered by that involvement. For those yet to renew for 2016 we would like to urge all supporters to consider doing so. Conversely if you have any feedback on the memberships or any other aspect of the club it would be greatly appreciated. If there are issues concerning you as a fan or a member we would like to hear about it and where possible allay those concerns.

Lewis then detailed a new membership package to be launched imminently aimed at fans who cannot regularly attend games as a means to keep in touch and up to date with the goings on at the club. We have had orders from around the UK and abroad for our newly launched magazine which will form the centre of the new package along with exclusive match day highlights videos.

The evening then concluded with an open Q & A in which various concerns and issued were raised. The main talking point was fan engagement and how we go about repairing divisions that appear to have developed between the club and a core of its fans. The recent introduction of the fans panel was praised as a means of improving communication especially the plan to stage the meetings at a different venue on each occasion. The next such meeting will be taking place in The Garden Gate on Tuesday 26th April with a 7.30pm start. The meeting is open to all supporters with various board members attending to hear your queries and concerns. We would urge all supporters to take the opportunity to put your opinions, ideas and even criticisms directly to the board as a means of taking the club forward. 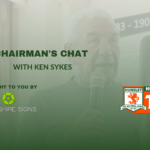 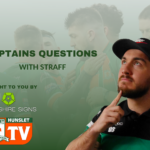 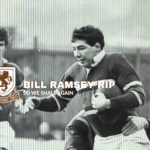