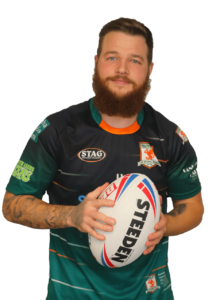 Jimmy has signed a two year contract extension keeping him at the club until the end of the 2020 season.

He made 24 appearances for the Parksiders during the 2018 Betfred League 1 campaign scoring 8 tries and regained the form that had made him a firm fans favourite at the South Leeds Stadium. His efforts on the field were recognised by his fellow team mates as he was voted ‘Players Player of the Year’.

He joined the Parksiders on dual registration in January 2013 but following an impressive 2014 season with the club has now signed a 12 month contract extension. He is a firm fans favourite and made 24 appearances in 2014 scoring 16 tries including a crucial try in the Grand Final and made 29 appearances scoring 9 tries in 2015 in the Championship and scooped all the awards at the presentation evening. He made 24 appearances in 2016 scoring 8 tries.

He has represented the Leeds Service Area and has won the Leeds and District cup and the league.The most memorable games he has played in were for Hunslet Warriors against a representative Australian team and for the Rhinos U18’s against St Helens U18. The player he most admires is the game Billy Slater.

His favourite film is Step Brothers and he enjoys listening to all kinds of music.

Jimmy on the burst against Oulton Raiders

Jimmy for the line

Jimmy looking for a gap against Hemel Stags

Jimmy on the burst against Oulton Raiders

Jimmy looking for a gap against Hemel Stags

Jimmy for the line 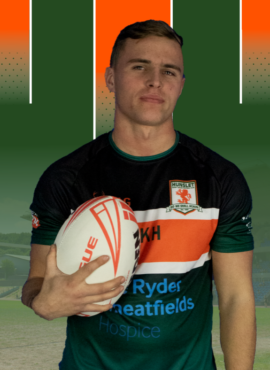 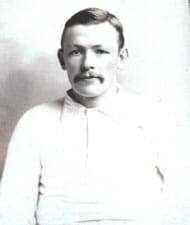 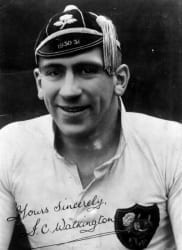 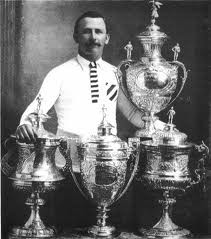