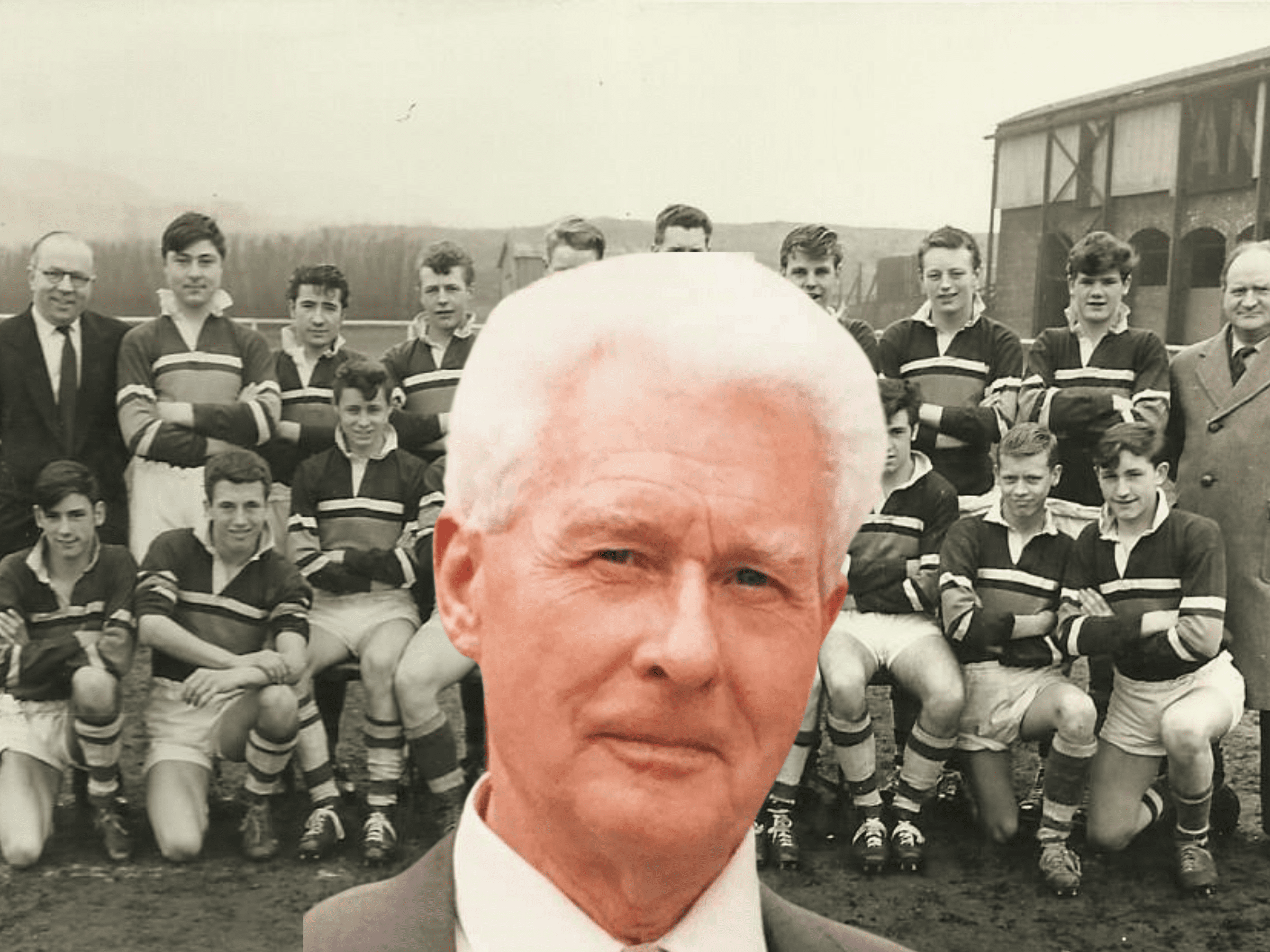 With the closure of schools to all but children of key workers and vulnerable pupils, the likelihood of any inter-school Rugby League this term is once again looking very slim. The summer term may offer some opportunities, but all school sports will be hoping the same and will be vying for the same dates and players!

As term began, the sad news emerged that WJB `Bill’ Crann had passed away at the age of 88. Bill was a true giant of schools’ Rugby League south of the river, at a time when Hunslet schools and city teams were amongst the best in the county.

Bill was born in Middleton and continued to live, work and bring up his own family in the area, having begun his teaching career at Middleton Secondary Modern Boys’ School in the 1950s. In 1959-60 he coached the Middleton Under 15s side which ended the season undefeated as champions of Hunslet, Leeds City and Yorkshire, sandwiched between Hunslet championships in 1958-59 and 1960-61, before the great Belle Isle dynasty of the 1960s. Bill “defected” north of the river to Stainbeck (Meanwood) for a couple of years, leading them to a Leeds championship in 1963-64, before returning south to Belle Isle, where he took over from George Cranage – another highly-respected coach from this era.

Under Bill’s stewardship, Belle Isle were Hunslet senior champions for five successive seasons, beating the Leeds champions, to lift the Wilson Cup, in four of these seasons, and winning the Yorkshire Cup twice. As well as sharing Belle Isle’s successes, George Cranage and Bill also shared the coaching of the Hunslet City Boys team through a hat-trick of triumphs in the Yorkshire Shield competition from 1961-62 to 1963-64.

In 1970 Bill returned to Middleton School as deputy headteacher and remained in the role in 1972, when the school became John Blenkinsop Middle School. He continued to coach Rugby League to the next generation of youngsters in the area, as the school enjoyed a south Leeds rivalry with Arthur Greenwood and Clapgate in particular. In 1978 Bill was promoted to headteacher, initially at Wellington (in Armley) and later at Shakespeare (Burmantofts) where, as well as coaching teams himself, he mentored the well-respected Rugby League and Rugby Union coach Damian McGrath in his early teaching and coaching career.

As well as being a Rugby League coach, Bill was a well-known local referee who was a touch-judge in the senior game. He also served as president of the Middleton Marauders Club.

Bill served the local community of Middleton in many different ways, including being in charge of stewardship at St Mary’s Church, being an active member of the local Labour Party and, as a bee-keeper, producing honey for the locals and removing dangerous bees’ nests. However, for many, many people he will be remembered best for his teaching and his coaching of Rugby League south of the river, as was shown by the hundreds of messages on Facebook, including one from former Hunslet player Bob Pickles who still refers to Bill as `Sir’, more than 60 years after being part of the unbeaten Middleton team.