Easts close in on championship 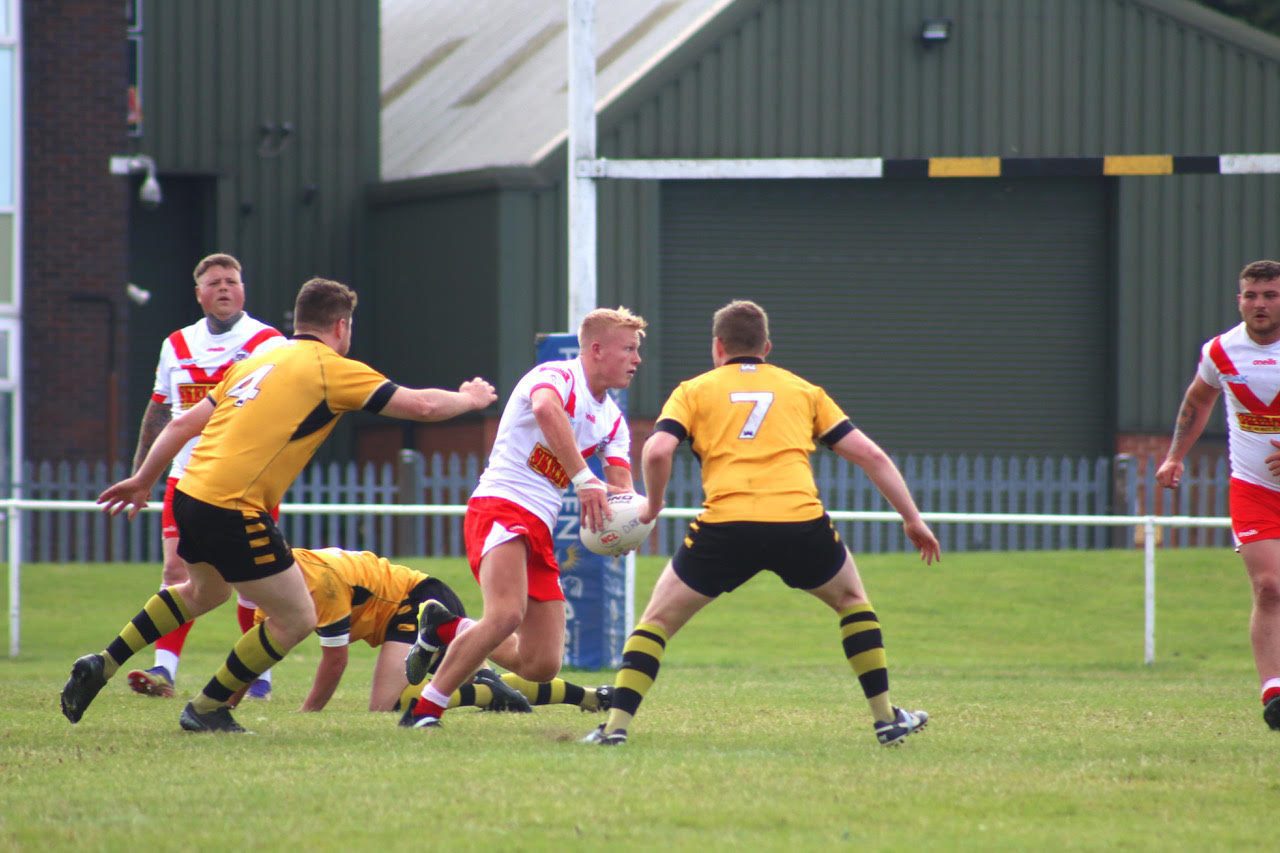 EAST LEEDS are only one win away from lifting the National Conference League’s Third Division title.

The Easy Road outfit remain, after winning 38-20 at DRIGHLINGTON on Saturday, four points clear of second-placed Waterhead, with both teams having three matches still to play.

And, importantly, Easts have a superior points’ difference of nearly 100 points.

Drighlington, whose lingering hopes of making the promotion play-offs vanished with this reverse, were 30-0 down by the half-hour against opponents who travelled with only 15 players, partly to ensure that their `A’ team game with Bentley in the Yorkshire Men’s League went ahead.

That factor, together with the sin-binnings of Andy Djeukessi and, in the last minute, Luke Littlewood, both for dissent, helped the home side recover to only 18 points behind at the close, but Easts were nevertheless fully deserving of a win which involved tries by Regan Dean, Adam Keedy, Ryan Wooffitt, Josh Longbottom, Jordan Russell, Shane Plunkett and Ciaran Edwards, five of which Littlewood improved.

Drig rallied with a Joe Bownass brace, a try and two goals by Michael Sanderson, and a Lucas Hallas touchdown.

HUNSLET CLUB PARKSIDE travelled to West Hull hoping to deny the home side the League Leaders’ Trophy. Wests, though, sealed promotion with a 16-8 win, earned despite having a man sent off early in the second half. Parkside, who stay second, notched an early try by Kieran Murphy and a touchdown in the final quarter for Will Cohen.

OULTON, meanwhile, are in the First Division’s top six, at the expense of STANNINGLEY, courtesy of an 18-6 win over bottom side Myton Warriors in which Will Milner scored a try and three goals and David Jagger and Nathan Waters dotted down. Stanningley, who lost 24-22 at highflying Hull Dockers, registered tries by Daniel Wepener, Joe Phipps, Jake Sykes and, on 74 minutes, Tyler Hart, three of which Tom Flannery improved.

HUNSLET WARRIORS, meanwhile, were unable to raise a team for the Division Two fixture at Clock Face Miners; NCL bosses have treated the game as being postponed.