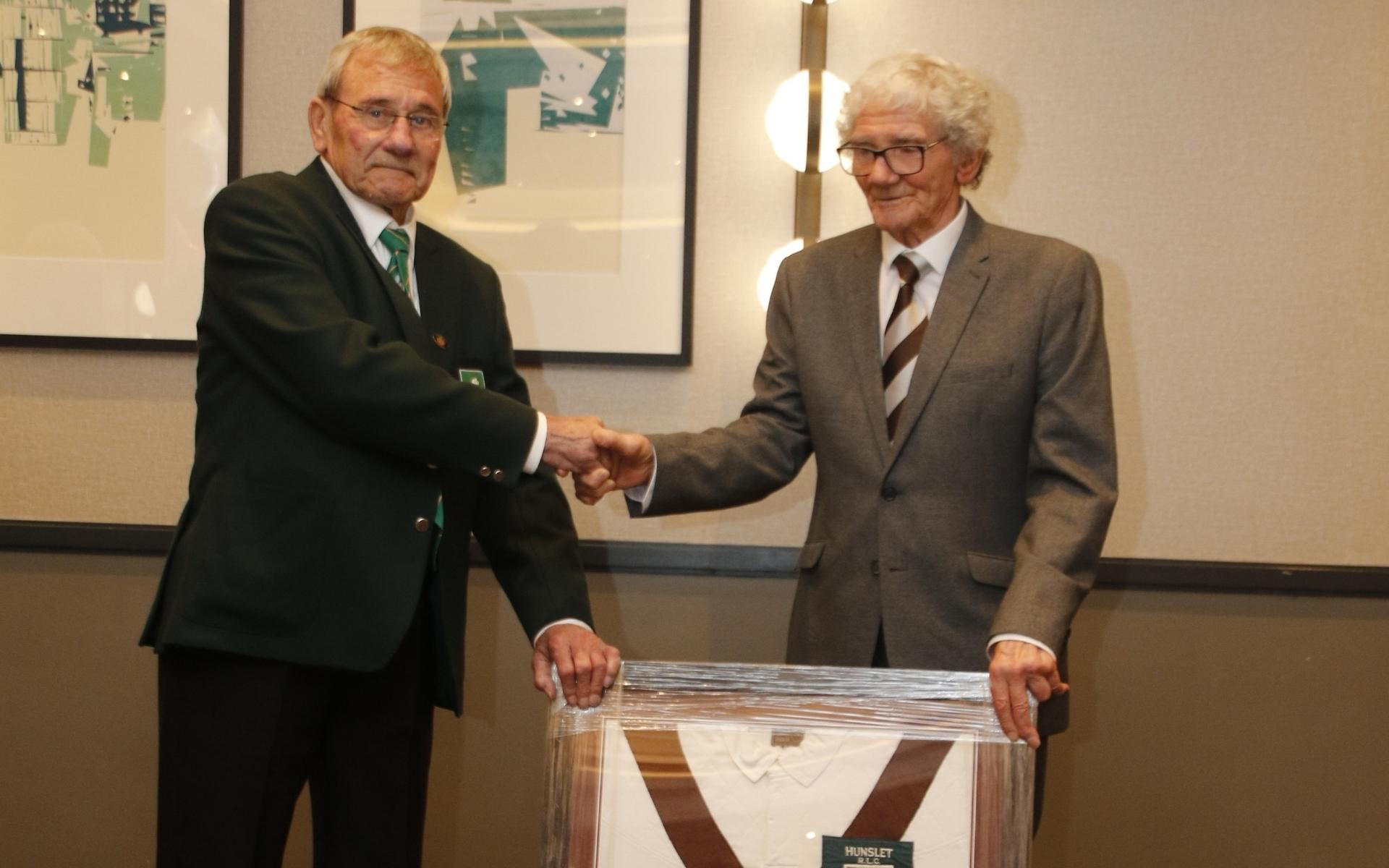 THE organisation which has been hailed as the most exclusive in sport celebrated its 50th anniversary when members of the Hunslet RL Ex-Parkside Former Players’ Association convened at the Hilton, Leeds.

Only men who played for Hunslet Rugby League club prior to the controversial sale of the Parkside ground in 1973 are entitled to attend – other than guest speakers, who become honorary members.

A real highlight of the last event was a special presentation made by Ray Ashby, the Wigan fullback who shared the Lance Todd Trophy winner with Hunslet’s Brian Gabbitas at the classic 1965 Challenge Cup Final, and who was guest speaker at the 2015 gathering.

The Parksiders’ left-winger at Wembley 57 years ago, Barry Lee, recently revealed in an interview with author Laurie Baker that he had stashed the shirt he wore on that great occasion away in a drawer. And that he had barely looked at it since.

Barry’s wife Gwen, though, strongly believes that the shirt should be hung on a wall, for the whole family to see and enjoy. The precious item was therefore surreptitiously snaffled away by Laurie (who is working on `The Boys of 65’, which will celebrate that fine Wembley side), framed, and duly presented to Lee by Ashby amidst a rousing and richly deserved ovation by the Hunslet `greats’.

Parkside stalwarts were also eager to buy copies of Steve Calline’s recently published `Parkside – a History of the Hunslet RLFC 1895-1973’. The superb and vividly illustrated 232-page book is highly recommended to all lovers of Rugby League and costs just £23 (plus £4 p&p). Orders can be placed by emailing Laurie Baker at baker-l12@sky.com