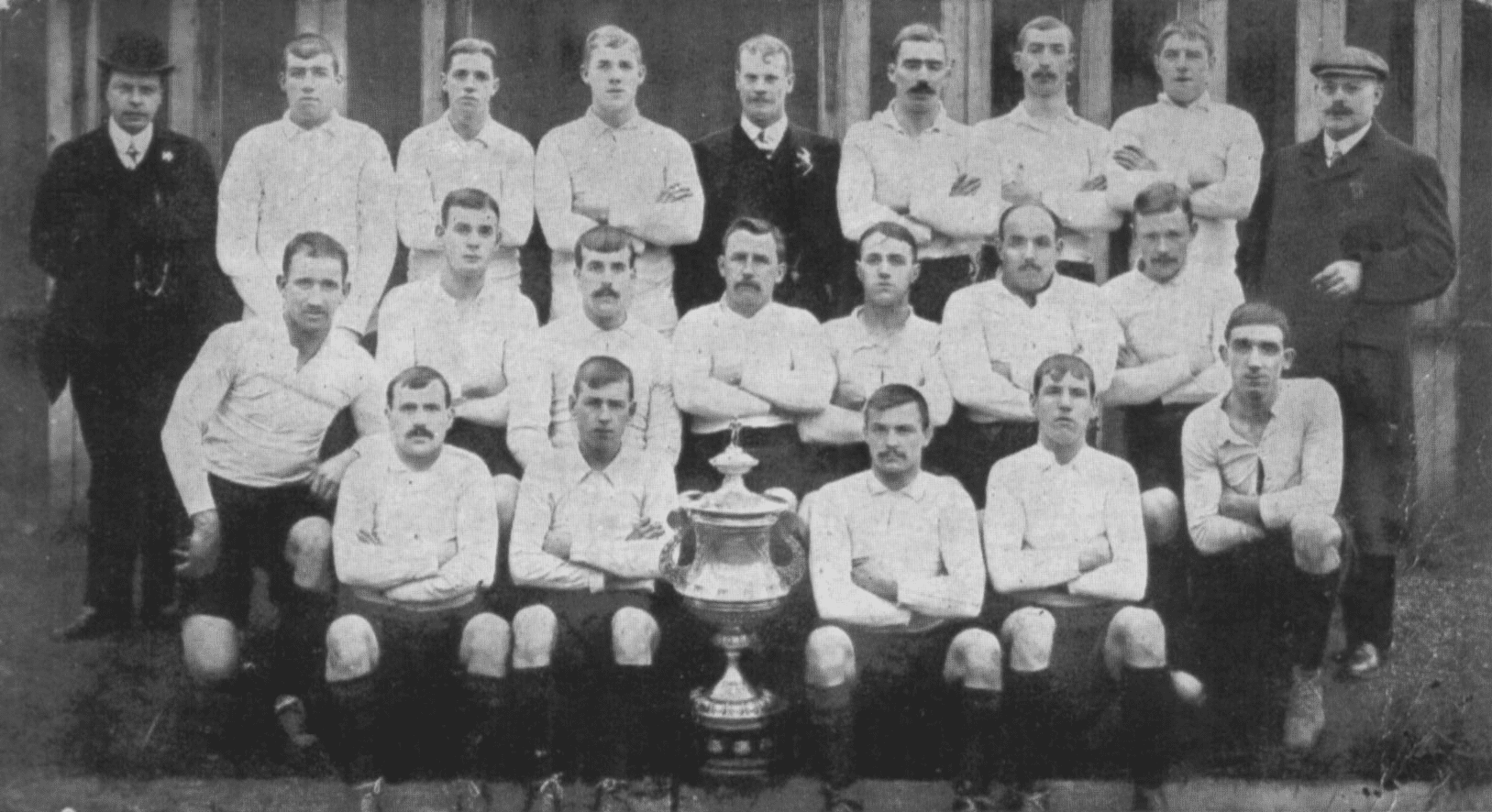 Hunslet started the season with a couple of friendlies against Leeds. One was 18-0 but the other game was unrecorded in the press. League action started a few days later and Hunslet were quickly into their stride without realising what a record-breaking season they would finish with. Dewsbury, Hull, Keighley, Batley and Leeds were all beaten, before Salford managed a 12-all draw at Parkside. Bramley, Halifax, Huddersfield and York were then vanquished in turn.

This brought us to the 2 November and a home draw with Bramley in the first round of the Yorkshire Cup. We romped home with ten tries and ten goals in a 50-0 rout. Ahr Albert kicked eight goals and youngster Billy Batten scored three tries! We fielded the following team:- Place; Farrar, Eagers, W Goldthorpe, Batten;  Smith, A Goldthorpe; Higson, Jukes, Randall, Walsh, Wilson and Wray. A league win at Bradford followed before the second round, against Leeds. Walter Goldthorpe was injured and missed this game, Batten moving to centre and Charlie Ward coming in on the wing. That was the only change in the backs but the forwards were rejigged with Brookes coming in for Wray. We won 17-10 with Ward, Farrar and Jukes scoring tries to go with four goals by Albert Goldthorpe. The attendance was a disappointing 7,000. Hull KR were smashed 37-8 with three tries each by Smith and Batten, and Eagers claiming one; Albert kicked eight goals.

We were again favoured with a home draw against, Wakefield Trinity, and we won comfortably by 10-0. The backs were the same as in the first  round with Bramley and there was a change up front, the selected six were Brooke, Higson, Jukes, Randall, Walsh and Wilson. We conquered Huddersfield, the week before the final in which the opponents were Halifax, the game being held at Headingley. Walter Goldthorpe missed out through injury but we had capable deputies and Charlie Ward came in at centre. The forwards were Brooke, Jukes, Randall, Walsh, Wilson and Wray. Fifteen thousand spectators saw us win, by 17-0, the third time in four ties that we had nilled our opponents in the cup. Albert kicked two goals, and Eagers and Ward added drop goals to go with tries by Albert, Smith and Batten.

On Christmas Day we won at Halifax in the league and, on Boxing Day, we entertained the touring All Blacks. They set a strong pace at the beginning and led 9-0 at the interval. However, once again Albert got his forwards going and we roasted them in the second half despite Smith being sent off. On 28 December we beat Wigan so, in eight days, we had beaten three of the top sides and had drawn with New Zealand. The league carried on and we won easily at St Helens, then York were beaten on their own ground and we beat Bradford at home. So far 23 games had been played, 21 won and two drawn, but the wheels now fell off – but that’s another story.