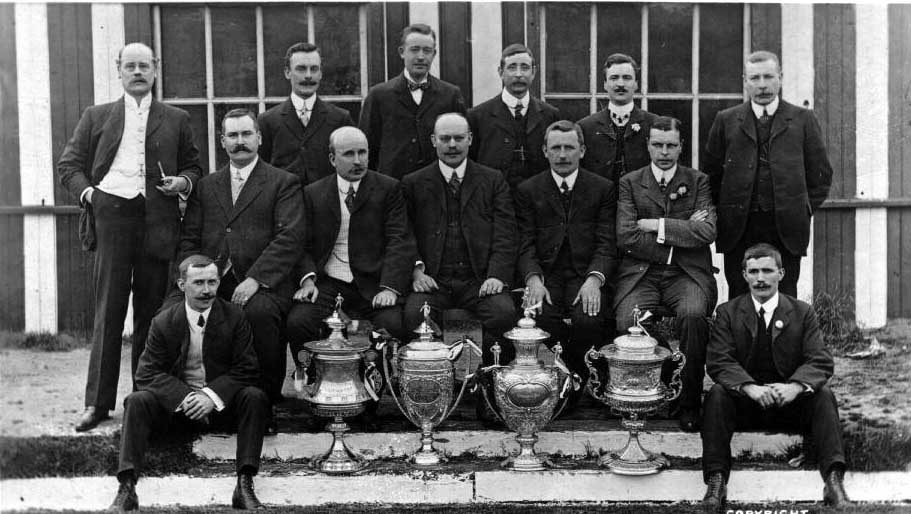 As described in the previous edition, we were `sweeping the seas’ being unbeaten in the first 23 games of season 1907/08. However, there was a shock in game 24 on 18 January when a visit to Hull KR saw the home team surprise the rugby world by winning 23-11. The next four matches were also lost as we went into a slump, away to Salford and Merthyr Tydfil, but we were expected to start winning in the next game, a home fixture with Wakefield. However, this was also lost and the following fixture at Keighley was lost, a total of five defeats on the trot.

We then recovered form and won at Wakefield and at Bramley. The next fixture was a midweek game with Leeds, which was abandoned after 20 minutes with us leading 3-0, the game having been hit by a rainstorm which made play impossible.

The following Saturday, it was time for the first round of the Challenge Cup and unsurprisingly, we were drawn at home, to Leeds. Place was injured in the midweek match and we picked Batten at fullback with Willie Ward coming in on the wing. Farrar was the other wingman with Eagers and Charlie Ward in the centres, Fred Smith at 6 and Albert (Goldthorpe) at 7 completed the backs.

The forwards comprised Brooke, Higson, Jukes, Randall, Smales and Wilson. Leeds led 5-0 at half-time but the Terrible Six got stuck in and we won by 14-5 before 12,000 spectators. Albert kicked the goal and Jukes, Brooke, Wilson and Billy Ward scored tries.

The second round saw us drawn at home to Oldham, the league leaders and they challenge Hunslet for top spot all season. There was a shock for Hunslet’s supporters as Albert was declared unfit and Frank Whitaker (his deputy at scrum half) was also injured. Hunslet finally decided to play international forward Billy Jukes at scrum-half, with Smith at stand-off. Place was number 1, Farrar at 2, Eagers 3, Walter (Goldthorpe) 4, Batten 5. Brooke, Higson, Randall, Smales, Walsh and Wilson completed the team. It looked bad for Hunslet without their maestro, and Jukes started shakily at scrum half. However, he recovered his composure and looked like a natural number seven. Oldham led at half-time by 8-4 but again the staying power of Hunslet’s forwards turned the match on its head – this, coupled with a touch of class from Freddie Farrar won the game by 15 points to 8. Farrar scored two tries, one a long-distance effort beating many opponents, Wilson scored the other, Walter kicked a couple of goals and Eagers dropped one. This was quite possibly our best performance of the season as we were short of our captain and maestro. 12,000 spectators had full value for money.

The third round, our first away draw of the season, was at Barrow. The selected side was: Place, Farrar, Eagers, Walter Goldthorpe, Batten; Smith, Albert Goldthorpe; Brooke, Jukes, Randall, Smales, Walsh and Wilson. Another 12,000 crowd saw us lead 3-0 at the interval and this was pushed to 8-0 at the end and a semi-final place. Smith and Smales scored tries and Albert kick one goal.

The semi-final draw was made and we had to travel to Wigan to face the strong Broughton Rangers side. They fancied their chances as we hadn’t faced them in the league, so they knew nothing about our power. The team was the same as the third round. A larger crowd of 16,000 saw us leading 3-2 at the break and this was converted into 16-2 at the end. Albert kicked two goals and Smith two, Farrar and Batten scored tries. We had already won the Yorkshire Cup and the newly formed Yorkshire League (by a long way) but we had to travel two days later, back to Wigan to complete the league season. To preserve fitness, we selected a weakened side for which we were fined £10. The team was Batten; C Ward, Eagers, Billy Hoyle, Billy Ward; Smith, Whitaker; Cappleman, Higson, Joseph Jones, Smales, John T Wray, W Wray. Not surprisingly, we lost 0-36 before 8,000 speccies.

Five days later, we were at home to Broughton Rangers in the top four play offs and they were saying how they would get revenge for the previous cup win. The team was Place; Farrar, Eagers, Walter, Batten, Smith, Albert; Brooke, Higson, Jukes, Randall, Walsh, Wilson. The Rangers challenge proved to be ‘flannel’ as the Terrible Six just toyed with them, literally walking over them in scrums and four of the six scored tries. Randall, Higson, Brooke and Jukes scored as did Farrar and Smith of the backs. Albert added five goals in a 28-3 win. After this match, the Lancashire press men started calling Hunslet’s forwards ‘The Terrible Six’ and it has stuck to this day.

We now had a cup final to play. Hull were the opponents and it would be played at Fartown in Huddersfield.

Hull were fancying their chances but with ‘the six’ on top form, they didn’t really stand a chance. The backs were the same as the previous game. It didn’t matter who we fielded in the forwards as we could stand the loss of a couple, but it was the same six as before. Smales missed out of the seven first choices.

The game was played in a snow-storm and really atrocious conditions but we won comfortably by 14-0. Eagers dropped a goal, Albert added three goals and Smith and Farrar scored our tries. The crowd was a good one in the conditions. 18.000 watched the game and there were some presentation speeches on the pitch afterwards. It is believed how Farrar caught a cold and would miss the Championship final the following week. More of that in the next edition…… 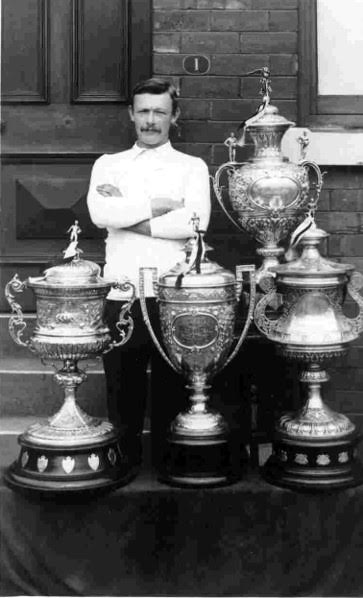 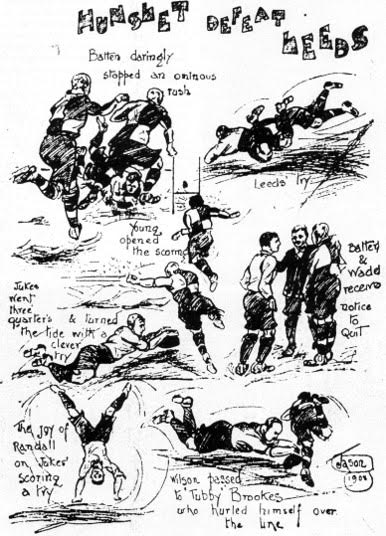 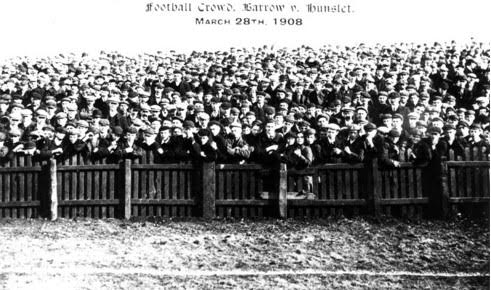