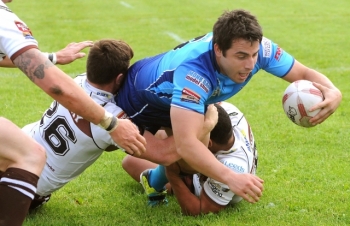 Hunslet Hawks RLFC have made a good start to their squad building for the 2015 season.

A major new signing in the shape of York City Knights inspirational Captain Jack Lee who agreed a 2 year deal is seen as a key addition to replace Salford bound Liam Hood.

Director of Rugby Darren Williams said “Were obviously in an awkward situation not knowing which league we will be competing in for 2015, all the players named have agreed new deals with the club no matter which competition we end up competing in and have shown loyalty to the club.”

Williams added “We have created the right infrastructure here and players can see that it’s a good place to be, we are currently in talks with several members of our 2014 squad and have made offers to a number of new identified targets and we will make further announcements shortly.”