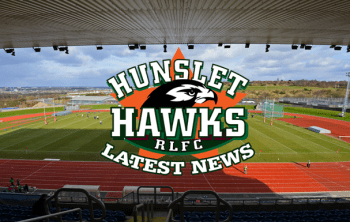 The nominations for the 2016 Kingstone Press Championship and League 1 awards have been confirmed.

In the Kingstone Press Championship, Leigh Centurions’ Neil Jukes is shortlisted in his first season in charge alongside John Kear of Batley Bulldogs and London Broncos’ Andrew Henderson who successfully marched their sides in to the The Qualifiers Super 8s.

After leading his side to League Leader’s victory and the hunt for First Utility Super League status, Leigh Captain Mickey Higham is in the running for this year’s Player of the Year award and features on a three-man shortlist with Dominic Brambini of Batley Bulldogs and Featherstone Rovers’ Misi Taulapapa.

The 2015 Young Player of the Year, Jordan Baldwinson of Featherstone is nominated once again, alongside London Broncos’ James Cunningham and Josh Guzdek of Dewsbury Rams.

In Kingstone Press League 1, Sylvain Houles, Head Coach of League 1 leaders Toulouse Olympique XIII, is shortlisted alongside Paul Crarey of Barrow Raiders and Rochdale Hornets’ Alan Kilshaw for the Coach of the Year award, after all three teams secured positions in the League 1 Super 8s play-offs.

After a regular season where Toulouse remained unbeaten, the Player of the Year award in League 1 sees three nominations from the French side. Team mates Mark Kheirallah, Jonathan Ford and Kuni Minga are all shortlisted.

The 2016 Kingstone Press Championship and League 1 Awards shortlists in full are as follows:

The winners will be announced at the 2016 Kingstone Press Championship and League 1 annual dinner in Leeds on Monday September 12.