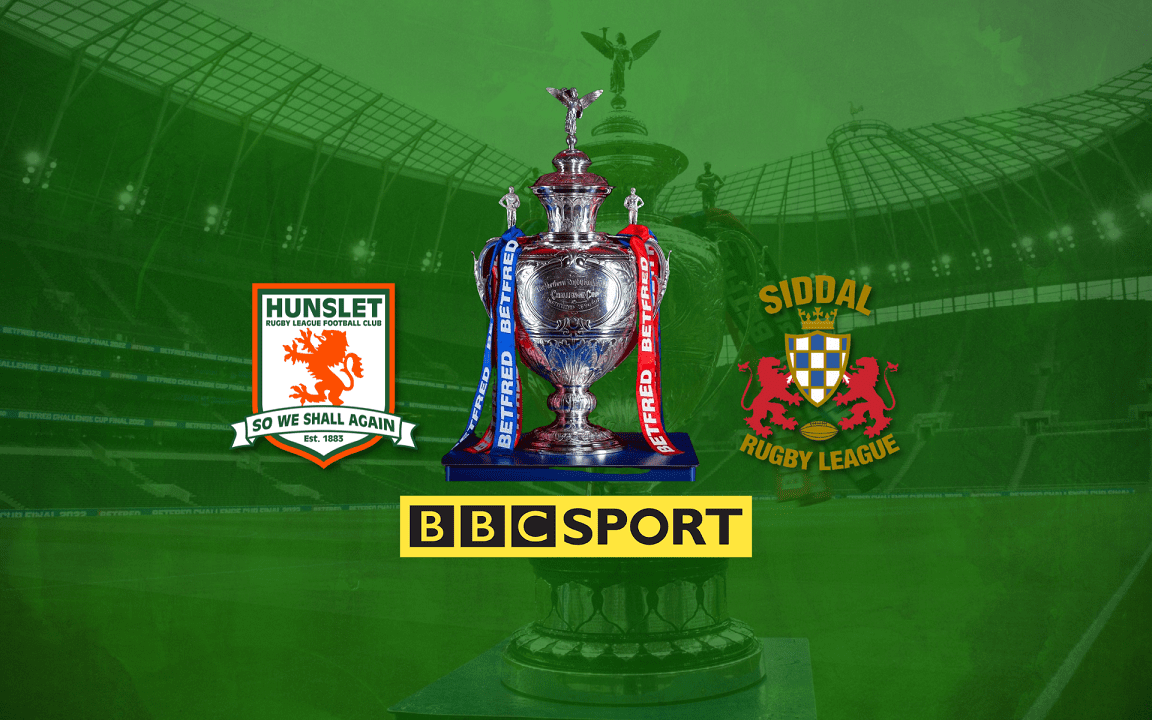 BBC Sport will continue their coverage of the 2022 Betfred Challenge Cup on Sunday February 13 by showing the all-Yorkshire Third Round tie between Hunslet and the National Conference League amateurs of Siddal.

The tie will kick off at 1pm at the South Leeds Stadium, and will be live on BBC iPlayer, BBC Sport website and app.

Hunslet, who currently play in Betfred League One, have made four Challenge Cup Final appearances, winning the competition in 1908 and at Wembley against Widnes in 1934, and losing 20-16 to Wigan in their last Wembley appearance in 1965.

Siddal are an established powerhouse of the NCL, and have twice surprised professional opposition in the Third Round of the Challenge Cup – at Doncaster in 2010, and against Newcastle Thunder in 2016.

They have reached the Third Round this year through victories over Great Britain Police at their Chevinedge base, and then at Pilkington Recs in the Second Round last Saturday.

The Fourth Round draw was also made this week, meaning Hunslet and Siddal know that the winners of their tie will go to the winners of another of the Third Round ties, the all-League One meeting of Swinton Lions and North Wales Crusaders, on the last weekend in February.

There are six Third Round ties, with the winners joining the 14 Betfred Championship clubs in the Fourth Round. Full details of the Third Round ties will be confirmed shortly.

The Betfred Super League heavyweights join the competition at the Sixth Round stage in March, with the Semi Finals at Elland Road on May 7, and the 2022 Betfred Challenge Cup Final breaking new ground at Tottenham Hotspur Stadium on Saturday May 28.

Fourth Round (ties to be played February 26-28)