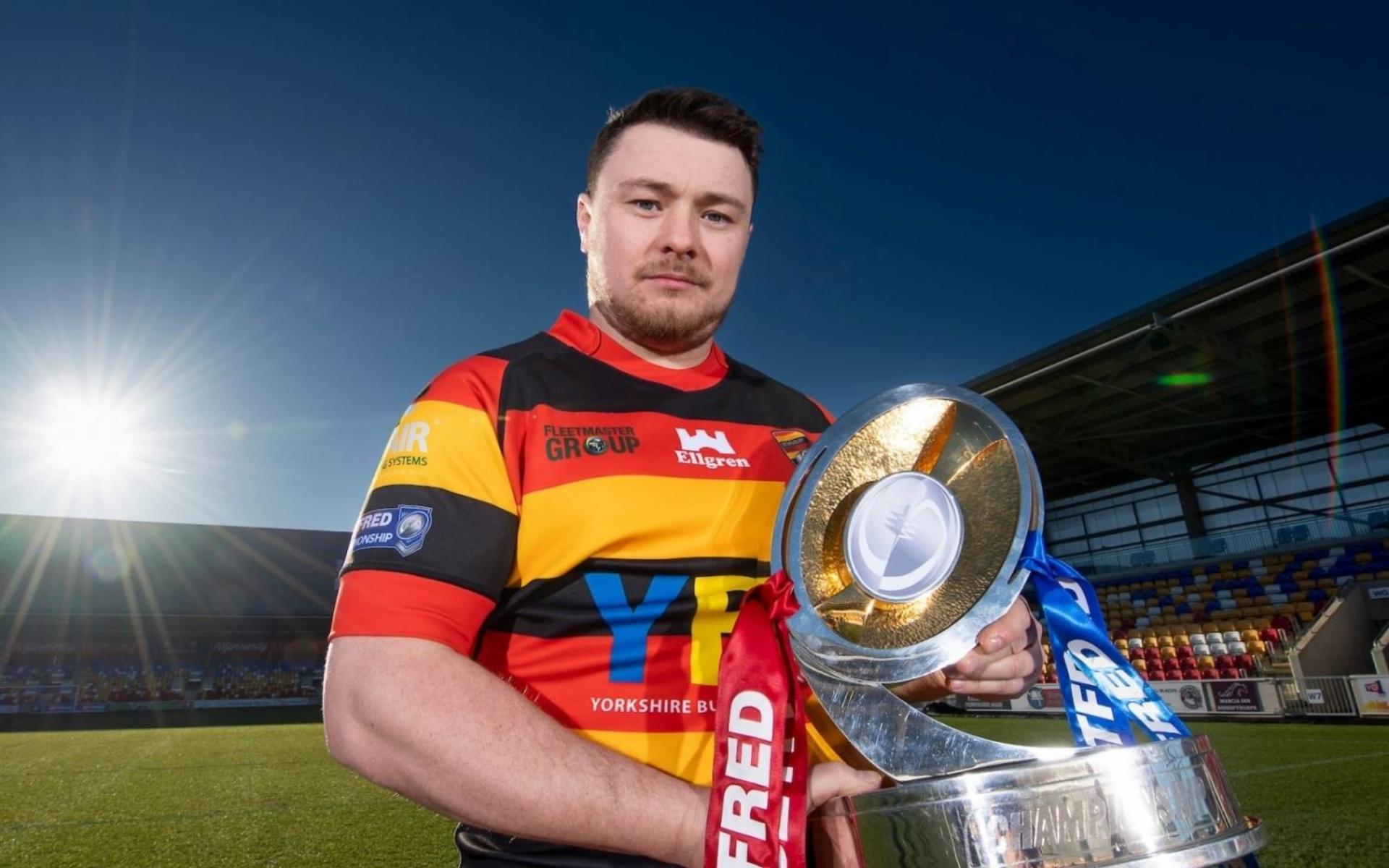 Head coach Alan Kilshaw has wasted no time, following the recall of halfback Jake Sweeting by Dewsbury Rams, by bringing in Matty Beharrell, who has joined the south Leeds outfit – also from the Rams – in a loan deal until the end of the season.

The Parksiders’ enthusiastic supporters will be delighted that Beharrell, who has repeatedly been a thorn in Hunslet’s flesh in recent years, will now be fighting their corner.

The Hull-based halfback, who gravitated through the junior ranks with Ideal Isberg before joining Holderness Vikings Under 16s when Isberg folded through ground issues, notably scored the last-gasp try that helped Doncaster snatch a draw last season and he remembers: “That was quite a moment, I had to force my way past two big men for that try, if I recall correctly they were the props Jordan Andrade and Zach Braham, but now I’m aiming to enjoy my Rugby League in Hunslet’s cause after what’s been a difficult season for everyone at Dewsbury, as we’ve experienced some narrow defeats in the battle to avoid relegation from the Betfred Championship.”

He continued: “Hunslet are clearly well in the frame for promotion from League 1 and I’ll be doing my utmost to achieve that goal. Although the club’s supporters might view me primarily as a try-scorer in the light of my performances against their favourites, I see myself as an organiser, and I’m really looking forward to working with the many talented young players that head coach Alan Kilshaw has brought in.

“That was a key factor in me deciding to switch when `Killer’ made the call earlier this week. I’m keen to set about giving the many youngsters in the team some added direction.”

Kilshaw said: “First of all we wish Jake well on his return to Dewsbury – we are also very thankful to them for allowing us to take Matty to the end of the season.

“Matty is a quality player, a Championship halfback, and anyone who wants to see his impact on games should just look at the play-off run Doncaster had last season, and his performance at Crusaders.

“I can’t wait to work with him and see those performances produced in a Hunslet shirt.”

He concluded: “Now with Patch (Pat Walker) and Matty as seasoned quality halfbacks in place, not only will we benefit on the field, but their influence on Jordan Paga and David Gibbons off the field will accelerate the younger players’ development.”