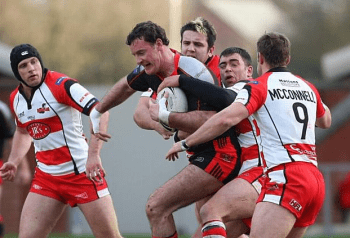 Hunslet RLFC can announce that Austin Bell & Matthew Tebb have both rejoined the club for the 2017 season.

They both left by mutual consent half way through the 2016 season as Austin had problems commuting from Hull which is now resolved and Matthew rejoined Shaw Cross ARL to prove his fitness following a horrendous injury streak over the last 2 years.

In addition, extending their stay at South Leeds for a further year are Brooke Broughton, Jose Kenga, Danny Thomas, Danny Williams and Aston Wilson who have all put pen to paper on 12-month contracts.

Also joining the club in a voluntary coaching role is the vastly experienced Rob Roberts.

Director of Rugby Darren Williams said ”2 bobs was looking to get his first step on the coaching ladder and he’s an ex Hunslet player, lives locally and knows a lot of the young players here at the club already.

“He’s played under Steve Deakin & Mark Cass at Oldham and is a former team mate of James Coyle so it’s a really good fit and an extra pair of hands as our pre-season programme intensifies.