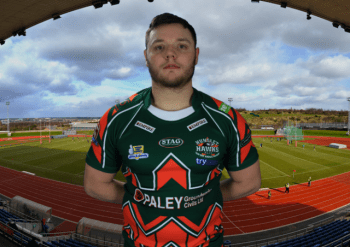 Hunslet Hawks have today agreed to release utility forward Ben Crane. Ben who arrived from York at the start of the season, made eight appearances for the club scoring one try.

Ben needs an operation on a long term injury and is believed to be looking at a coaching role at an amateur club back in his home city of Hull.

The club would like to thank Ben for his efforts this season and wish him all the best for the future.