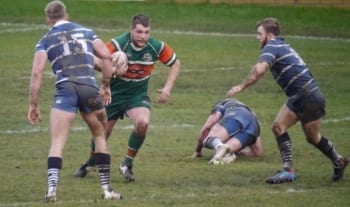 NEW Hawks’ BOSS Matt Bramald was “reasonably happy” with Hunslet’s first performance since he took over the reins.

Playing downhill in the first half, Hawks led 10-6 at the break and Bramald reflected: “We started poorly and conceded first, but then we got a bit of a foothold in the game.

“We went toe-to-toe with them and scored two tries, which was pleasing. One was nicely constructed with a bit of passing in there and George Flanagan scored a nice try as well.

“In the second half, playing up the slope, we could not get any field position and we had a fair bit of defending to do, which took its toll, but all in all it was a decent start for me. The players did what I asked them to do.

“Effort and commitment were things we talked about and they did that.

“There’s a few bits and pieces to work on, but overall I was reasonably happy.”

Hawks, who travel to Batley Bulldogs for another trial game on Saturday, have two injury concerns.

Bramald said: “Matt Carbutt was advised to go to hospital for an X-ray on his jaw and Michael Haley came off with a dead leg.

“Hopefully they are nothing major.

“And it was good to get the game time.”