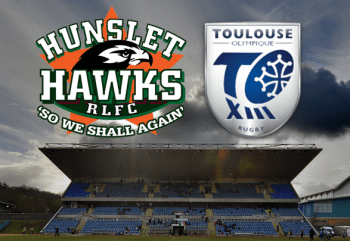 The Hawks have been given a boost ahead of the game with the news that Club captain Simon Brown (Hand) and Lewis Reed (Dead leg) are both included in the squad. Danny Thomas and Craig Robinson drop out.

Saturday is a must win game for the Hawks, with the Hawks knowing anything less than a win will put an end to any hopes of reaching the top five and making the playoffs.

Saturday could also be the last time the club run out at the South Leeds Stadium as the Hawks.