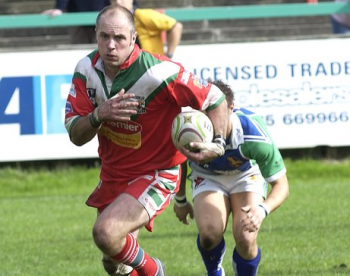 Hunslet Hawks RLFC can today announce that Matt Bramald will return to the club as Assistant Coach to current head coach Barry Eaton. Bramald is a former Featherstone & Castleford under 19’s coach who recently left the Tigers due to work commitments.

Bramald had been assisting Ryan Sheridan with the Castleford under 19’s after working with him and Daryl Powell at Featherstone but a change in the Tigers training schedule meant that he was unable to continue to balance the role with his full time job.

Director of Rugby Darren Williams said “Matt has extensive experience playing at the level were now competing at having featured for Featherstone, Dewsbury, Batley, Keighley and of course here at South Leeds. He then moved into coaching and was in charge of our under 21’s before moving onto be assistant coach to our current head coach Barry Eaton at Keighley and continued in that role when Jason Demetriou took charge at the Cougars. It’s a good fit for both the club & Matty given that he’s an ex player who was well respected from his time at the club and he’s got a great working relationship with Barry Eaton. Matt will be a direct replacement for the departing Jonny Wainhouse who left the club due to family commitments while current assistant coach Mark Cass role will remain unchanged.”

Bramald added “I’m delighted to be back at Hunslet and I am really looking forward to working in the Championship again with Barry. I hope I can play my part in consolidating the clubs position in the Championship and building on the foundations that are now in place.”