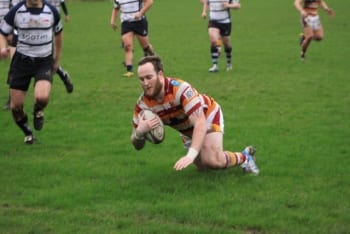 Hunslet RLFC are delighted to announce that Brett Whitehead has joined the club signing a 1 year contract following the successful inaugural Hunslet Rookie at the weekend.

Whitehead is a former Wigan Warriors youth player who has recently been playing for Fylde Rugby Union.

Director of Rugby Darren Williams said ”The Rookie day was a huge success and we will make this an annual event, to engage 60 players with Hunslet RLFC from far and wide was a tremendous response.

“Head Coach James Coyle & Assistant Steve Deakin were instantly impressed with Brett’s performance and already had good feedback on him before we saw him in action.

“Brett lives in Blackpool so his commitment to travel over for the trial has certainly paid off. We begin pre-season training tonight and Brett will join our 2017 squad.”

Whitehead added “I’m really thrilled to have signed for Hunslet, I feel like it’s a really exciting time to be joining the club with the rebrand and the new coaching structure.

“The Hunslet rookie was a great experience, I think the concept is really important and it gives players like me a real opportunity to progress onto the next level.

“The whole day was very professionally organised and well run and there was some very talented player’s trialling.

“I can’t wait to commence pre season and meeting the rest of the squad. I think this is the perfect club for me to develop as a player and I intend to work hard and do everything possible to make myself a regular member of the team.”