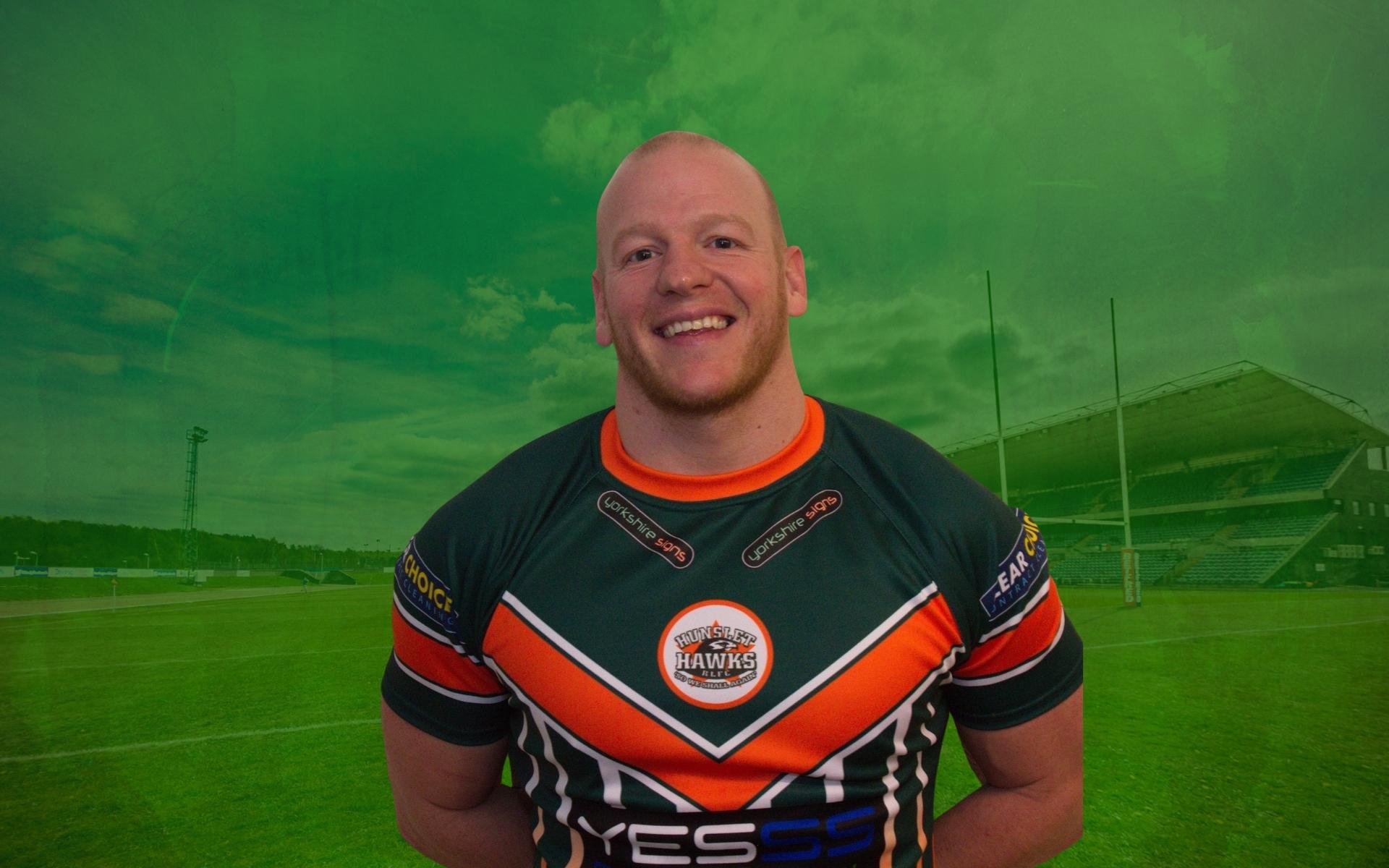 HUNSLET have boosted their backroom strength by adding Danny Burton to their coaching staff.

He brings a wealth of experience, at professional and amateur levels, to the role. Pro stints at Dewsbury Rams, Halifax – and, proudly, Bradford Northern in the pre-Bulls era – can be added to a memorable National Conference League championship-winning campaign in 2006 with Oulton Raiders, who he had joined several years earlier from neighbouring Methley Monarchs.

One son, Oli, impressed on loan from Batley Bulldogs last season while another, Joe, recently signed for Hunslet from Bradford.

Danny says: “Killer and I have a couple of mutual friends in Rugby League in common. I’d been coaching at Leeds Rhinos Scholarship, which like much else was obviously halted when the Covid-19 lockdowns hit. That led to something of a disconnection as I focused on my police work, and I didn’t resume my role at Headingley when things returned to normal.

“Killer, though, heard about me and he contacted Mark Butterill at Leeds Rhinos and asked for contact details, which Butts kindly gave. I was impressed by Killer immediately. He’s straight from the hip and players know where they are with him; some might struggle with that but overall it’s got to be the healthy approach.”

Danny Burton also has a healthy approach. He says: “A big part of my life is making people better.  I’ve a note pinned to my wall at home stating exactly that, and it’s what I think about when I’m having my morning coffee. The feedback from helping people in that way is continuous. In police work, it can involve a three- or four-year turnaround, but in Rugby League it can be immediate, and the rewards for that are immense.

“As a kid, I was lucky to come across one or two significant characters who had a big beneficial impact on my life – Kelvin Skerrett was one of them, the reality of what that bloke is about is very different from his public image as a tough prop with Great Britain, Wales, Wigan, Bradford Northern, Halifax and Hunslet. He taught me that if you apply yourself properly and work hard you can be anything you want to be; and that you can – if you want – take the other option and be what you don’t want to be. Meeting him and Billy Bowden when they were both coaching at Oulton Raiders was a lightbulb moment for me.”

Burton has taken that moment into his own coaching: at Oulton – who he left for Kippax to get out of a `comfort zone’ – plus Bradford Bulls and Wakefield Trinity Academies, and with Danny Orr at Kippax, in their youth set-up. He reflects: “I’ve had extensive grounding, including from a player’s perspective. When you’ve been involved in Rugby League for a good while you realise that, from every team you’ve coached or played for, everyone you might bump into is a mate.“I’m looking forward to being on the coaching staff at Hunslet and I agree with Killer’s view that the important qualities in players are a willingness to work hard, character, and a competitive attitude; all attributes that I try to live my own life by. There’s a lot of growth, maybe up to 30-40 per cent, in our players at Hunslet, and I’m looking forward to helping unleash that.”

Kilshaw said: “An area Jacko and I identified was bringing in another coach since Mark Cass left last season. However, it had to be the right person; someone who could enhance what we are doing and be fully committed.

“Danny covers all that and more. He has a history and connection with the club and we are really happy to have him on the team next season. I think he will have a really positive impact on the group and he has a tough-love approach which our squad will benefit from in the long term.”