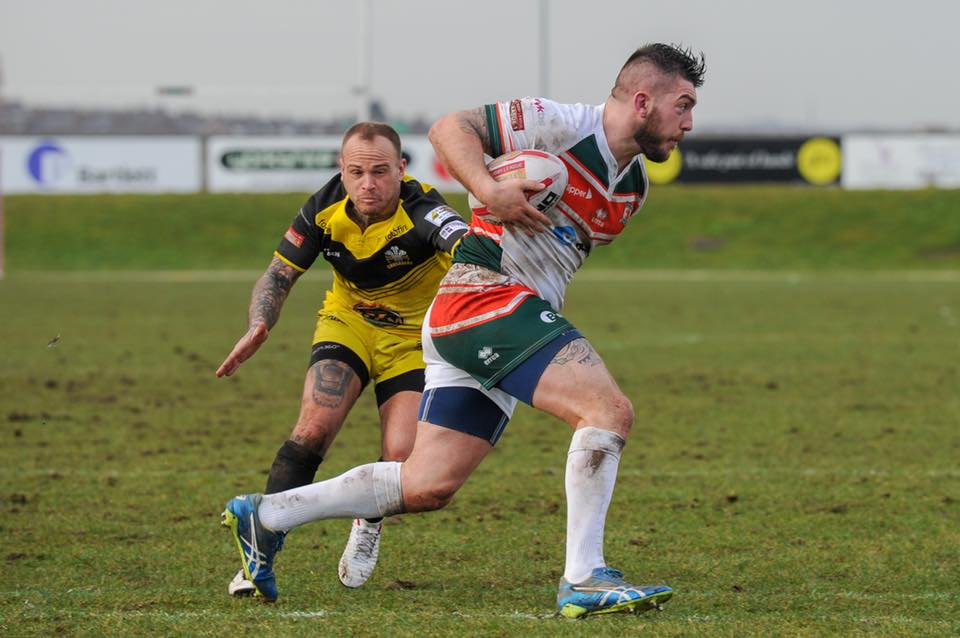 Hunslet RLFC are delighted to announce that club captain Duane Straugheir has signed a new two-year contract with the club, meaning the experienced back-row forward will remain at the South Leeds Stadium until the end of the 2020 season.

He was made joint club captain at the start of this season and went on to take full responsibility of the role in February following George Flanagan’s move to Bradford Bulls. He has since made a massive impact both on and off the field through his performances, leadership and professionalism.

‘Straff’ as he is known has become a firm fans favourite in his short spell at the club making a total of 20 appearances, scoring 8 tries and winning 5 Man of the Match awards.

Head Coach Gary Thornton was delighted to secure his captain on 2 year deal “This is a fantastic coup for the club to retain a quality player and a quality individual.

“Straff has had a  massive influence since his arrival from Sheffield and his professionalism and leadership has shone through.

“He was the natural choice to take over from George as captain when we lost him to Bradford and he has done a fantastic job in galvanising a new group of players together and leading from the front both on and off the pitch.

“He is well respected within the game and is highly regarded by many coaches and players.

“I’m delighted Straff has committed to Hunslet as there was competition from other clubs for his signature, and we can look forward to building a squad around him and build further on what we have done this year.

Straff was equally happy to be extending his stay with the Parksiders “I’m over the moon to have penned a new 2 year deal at this historic club.

“It’s an honour to be club captain here at Hunslet. The lads, coaches and fans are all fantastic and I can’t wait to push on next year and keep improving as a club.

“For now though, it’s all about finishing this season on a high and making the play-offs.”