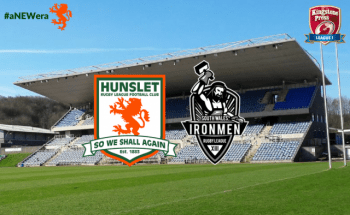 Head Coach James Coyle has today named his 19 man squad for our Kingstone Press League 1 clash against South Wales. The match takes place this Sunday at the South Leeds Stadium, 3pm kick off.

James Coyle has made a number of changes from the squad that faced Doncaster last Sunday. Ryan Ince returns to the squad replacing Gavin Duffy. Mathew Tebb replaces Jack Lee.

Jose Kenga misses out but there is a welcome return for inform centre Cameron Leeming. Lewis Reed is included in the squad following his head injury last week in our defeat at Doncaster.