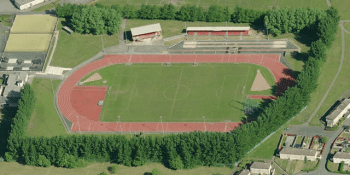 This weekends game against North Wales Crusaders will take place as originally planned at Queensway Stadium 2.30pm kick off.

Below is a statement from the Crusaders released late last evening (Tuesday).

When the Shield fixtures were originally released the Queensway Stadium was unavailable due to athletics events which had been booked with the stadium prior to our fixture release date.

Having looked at numerous other options the club continued negotiations with the Queensway Stadium and Freedom Leisure as keeping the game at our home venue was always our preferred option.

Having reached an agreement we can now confirm that the fixture will take place as normal, kicking off at 2.30pm.

We’d like to thank all supporters for their patience.

General manager, Andy Moulsdale, said: “After long negotiations we are happy to confirm that Sunday’s game will take place at our home, the Queensway Stadium.

“I’d like to thank the fans for their patience, it’s been a pretty stressful week.

“A lot of work has gone on behind the scenes and I’m glad that we will be able to keep all our home games at the Queensway.

“Finally, I’d like to thank the staff at Freedom Leisure and the Queensway for making this happen.”