The kick-off times for Hunslet Rugby League club’s first two games of the 2021 BetFred League 1 season have been brought forward.

The match with Workington Town at the South Leeds Stadium on Sunday 9 May is to start at 2.00pm, rather than 3.00pm, to facilitate live streaming. And the fixture at North Wales Crusaders seven days later will kick off at 2.30pm.

Hunslet, who open the campaign having been top of the table when the 2020 season was brought to a premature halt through Covid-19, head into serious action having beaten North Wales 34-18, and having been edged 12-6 by Barrow, in their two friendlies.

The narrow reverse against Barrow owed much to the sin-binning of Alex Rowe midway through the second period, plus a couple of missed opportunities in the closing stages, and Head Coach Gary Thornton said: “The players are still annoyed about the defeat, which is a very good sign.

“In fact the spirit in the camp is excellent, and we’re now looking forward to launching our promotion challenge.”

Centre Will Cooke will be unavailable for a few weeks through a knee injury sustained against Barrow while winger Niall Walker, who missed both pre-season matches with a hamstring tweak, is making good progress. And centre Tom Ashton, who picked up a knock against the Crusaders, should be fully fit for the Workington clash.

“Lewis Wray, who turned an ankle in training before the Barrow fixture, should be ok for Town,” said Thornton, “while winger Kiedan Hartley, who sustained a rib injury against North Wales, will train tonight (Friday 30 April) when we’ll see how he goes.

“Fullback Jimmy Watson, who was superb against Barrow, has a knee injury while captain Duane Straugheir is another with a rib injury, and we’ll be monitoring their progress.” 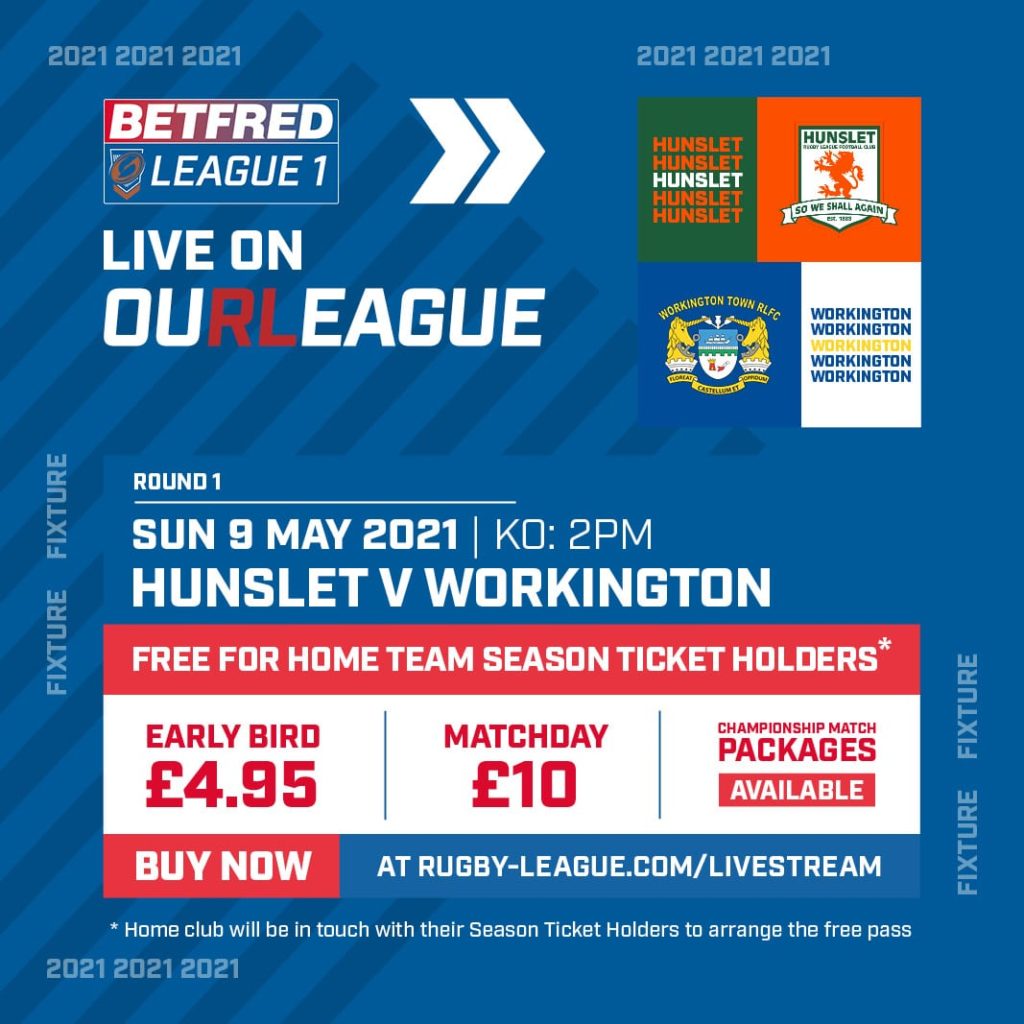