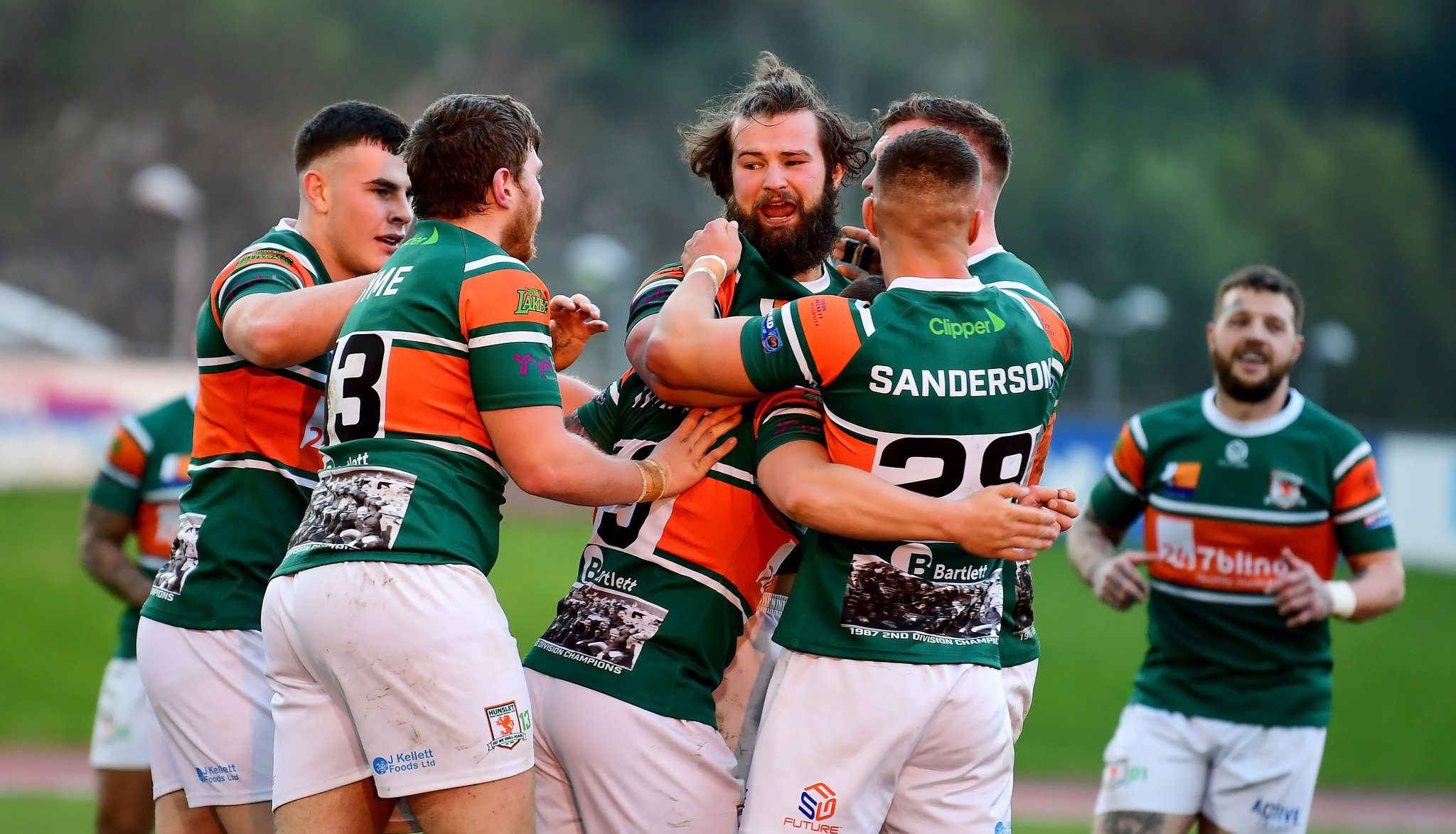 Trailing 16-14 in added time Keighley gave the ball some flight and threw caution to the wind to try and find a last gasp winner. A few Hail Mary passes got them free down the left hand side but Hunslet had it covered. They then shipped it quickly to the right, but it took a questionable ball to former Hunslet man Mo Agoro who sprinted under the posts virtually as the hooter sounded.

It was tough on Hunslet who, because of injury, had taken on four loan players and were trying a new halfback partnership in Sanderson and Paga. The Parksiders looked dejected at the end to not get something from a game in which they deserved much more.

The game started with the visitors on the front foot, but Hunslet’s line defence was much better than the last outing at Rochdale and gradually Hunslet’s forwards started to win the arm wrestle.

Joe Sanderson edged Hunslet in front after Keighley were ruled offside, before on 15 minutes the impressive Harvey Hallas powered over after Keighley had spilt a Jordan Paga bomb. Sanderson converted and Hunslet led 8-0.

The Cougars have spent big this season in the hope of a promotion push and were always going to hit back. Bradley Ho stretched over after Hunslet had knocked on in their own half and then been penalised. 8-6

This gave the visitors heart and nimble passing sent Charlie Graham over right in the left corner when he looked certain to be tackled. 8-10 after 30 minutes.

Keighley fumbled the kick off though and Hunslet went on the attack again. Loan signing Daniel Okoro-Aroh threatened, but all Hunslet could muster was a Joe Sanderson penalty in added time to square things up after Keighley had again been caught offside. 10-10 at the interval.

The second period started with Keighley going for the kill. Jimmy Watson was tackled over the line forcing a drop out, before the Cougars were held up after looking likely to score.

It wasn’t until the hour mark that the deadlock was broken. Jack Miller spun out of a tackle to touch down and give the visitors a 10-14 lead, but missing his conversion it was still all to play for.

Ten minutes later and Hunslet loaded the right hand side. Jordan Paga put in a neat little kick that looked to be going dead before Man of the Match Wayne Reittie pounced to score. Unfortunately Joe Sanderson’s conversion missed and we were level again at 14-14.

Sanderson showed initiative moments later when on the last tackle he put in a chip kick to put Hunslet on the attack, he hacked forward again, but the bounce was lucky for Keighley who survived.

It was now drop-goal territory and both teams had chances, but when Ethan O’Hanlon had the ball ripped in a tackle Joe Sanderson gladly took the 2 points to give Hunslet a 16-14 lead on the 80th minute.

Although Keighley regained the ball from the kick off it looked like Hunslet’s day as a chip and chase kick went too far and rolled dead. But the added minutes just gave enough time for Keighley to add a crazy ending to a fantastic match.

Hunslet will be disappointed to take only 1 point from the last 3 matches against their promotion rivals, but in truth they could easily have taken 4 points. Fine margins that as this team gels and finds it’s feet should be reversed as the season progresses.

Wayne Reittie again stood out with his yard gains and big hits, also chipping in with a try. But Hallas, Jordan-Roberts and Conner Moore took on some hard yards too and Joe Sanderson looked a constant threat.

Next, Hunslet visit Midlands Hurricanes on 1 May before hosting ne club Cornwall at South Leeds Stadium on 8 May (both 3pm kick offs).