End of the road for Parksiders 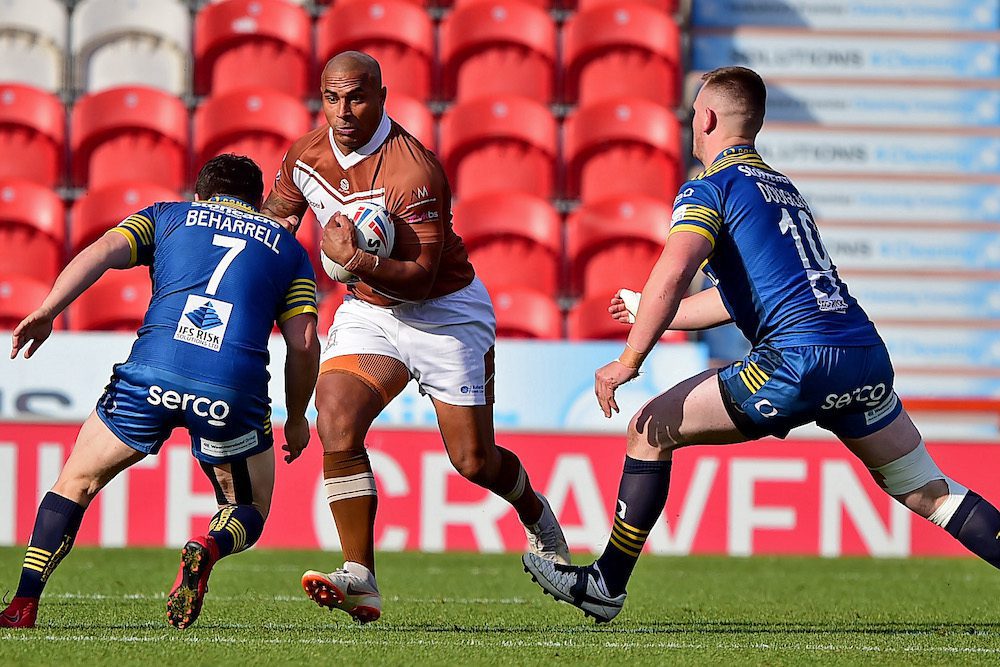 Hunslet’s 2021 season ended in disappointment at the Keepmoat Stadium (19 September 2021) as they lost their elimination play-off game against a much improved Doncaster outfit. With no chance of promotion they will have to look to next season to build for another tilt at the Championship.

With a good win at Workington last week and a previous victory at the Keepmoat back in August, Hunslet came into this game with confidence, but in truth Doncaster were in control for large parts of the game.

Early on though it was the visitors who came out of the blocks liveliest. On only the 4th minute Dominic Brambani kicked a brilliant 40/20 and from the next set sent an inch perfect kick to the corner for Wayne Rettie to score. Brambani converted and Hunslet lead 0-6.

Former Hunslet man Zach Braham came off moments later with a calf strain for the Dons who by now were starting to put pressure on the Hunslet line. This had come from Hunslet unforced errors and it took a brilliant Duane Straugheir tackle to hold the line.

But three tackles later quick hands sent Sam Smeaton over and with Beharrell’s kick the Dons were level. 6-6

Back came Hunslet though, and the same move that set up the first try was tried again. Brambani’s kick was good, but under pressure Rettie mishandled and the chance was gone.

Although Matty Beharrell had tried a drop-goal attempt for the home side (which had bounced back off the crossbar) it looked like that would be it for the half. But after 7 minutes of added time a Beharrell 40/20 and nifty handling from the Dons, the dangerous Liam Johnson sliced his way through Hunslet’s defence to score.

18-6 at the break and an uphill task for the Parksiders.

The second period settled into an arm wrestle as both teams knew the next try would be important. Lewis Wray (who had left the field for a head injury) had come back on and was involved in every tackle, but it was tries Hunslet needed.

Joe Summers looked to have gone close, but the Referee ruled he was held up. Lewis Young made a half break, but the ball went to ground. It just wasn’t clicking for the Parksiders.

Although Lewis Young had made a brilliant try saving tackle to keep the game alive Doncaster edged their noses further in front with a Beharrell drop-goal making it 19-6 only 10 minutes remaining.

Doncaster wrapped the game up shortly after when, as Hunslet desperately tried to force a try, the ball was intercepted and Dons raced 90 yards to score. The irony was it was Jake Sweeting who had begun the season at the South Leeds Stadium. 25-6

The last few minutes saw more open rugby than anything we had seen in the half previously. Douglas scored his second to put the icing on the cake for the home side, before Kidd went close for Hunslet.

Chrimes finished a good try scoring season bagging another one in the corner, and quick handling nearly saw Wayne Rettie in to make the score more respectable.

But on the hooter Doncaster were in front 31-10 and fully deserved the win. Wray, Rettie and Brambani stood out for Hunslet, but the try in added time in the first period was the game breaker. Hunslet will look to next season and Coach Alan Kilshaw’s first full year in charge. 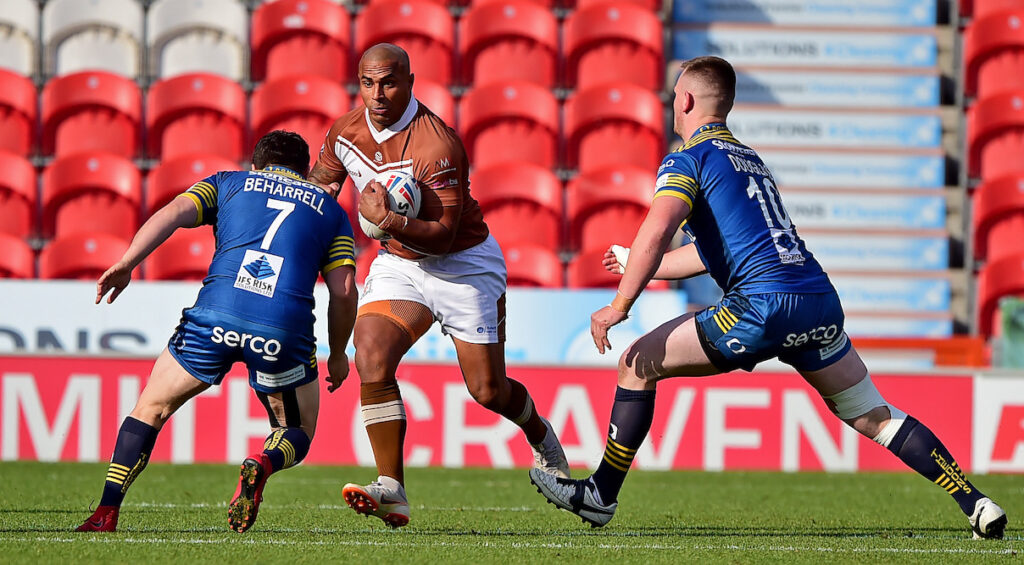 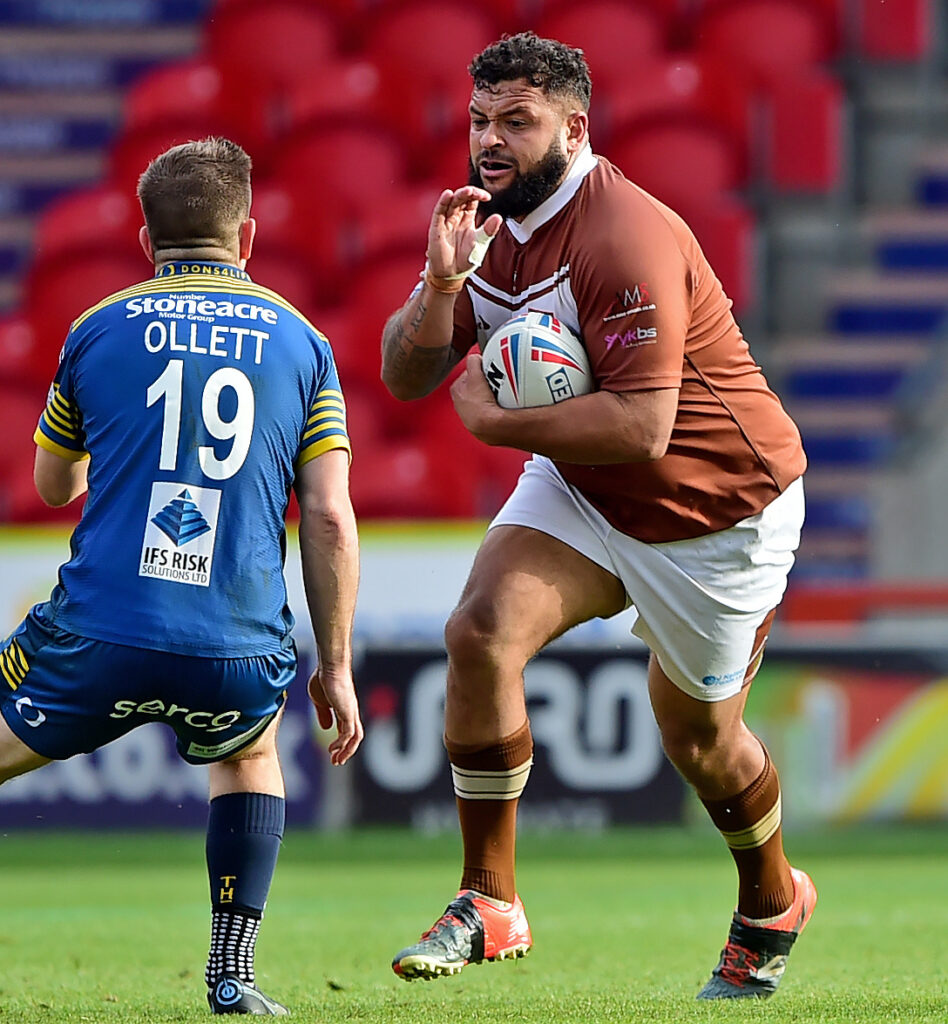 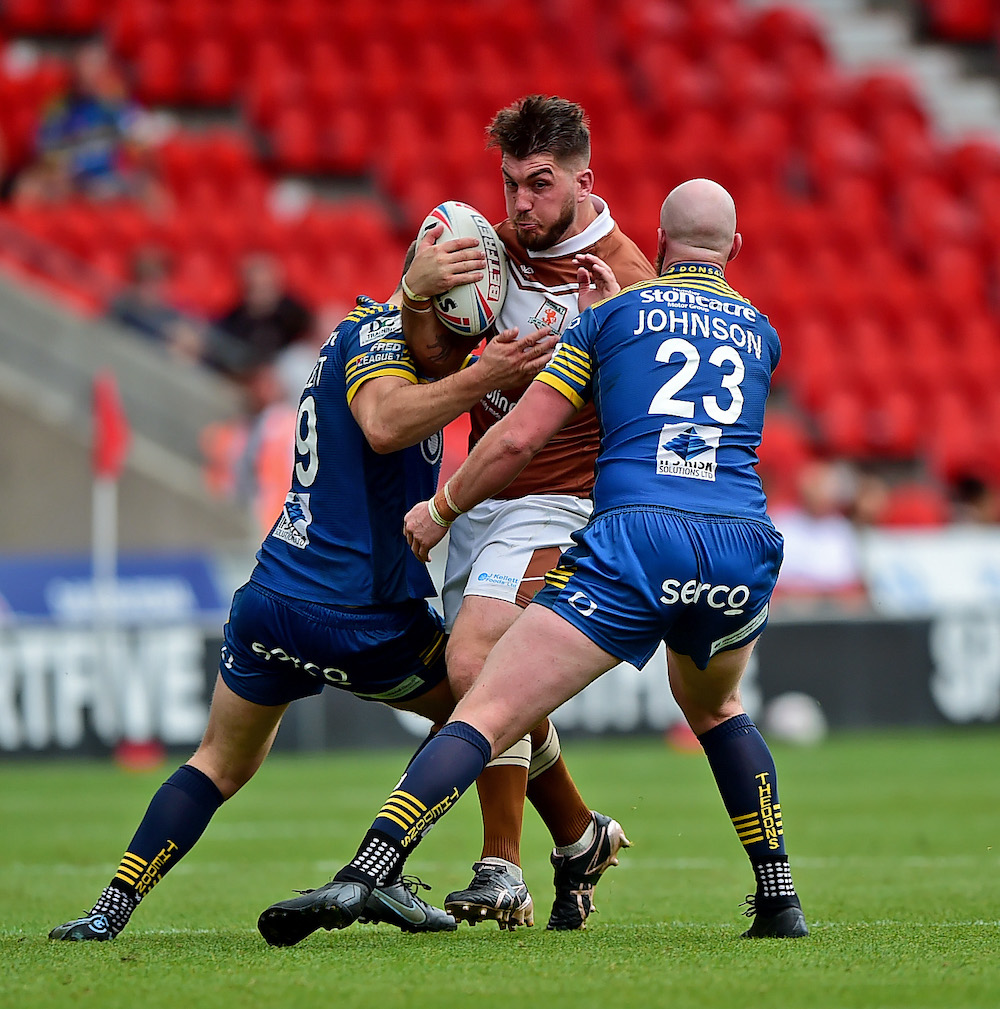