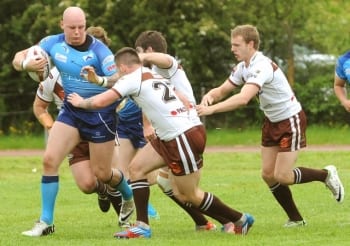 Brennan is a former Warrington Wolves player who enjoyed great success whilst on dual registration for Barrow Raiders in 2012, his performances on dual registration earned him a permanent move to Craven Park in 2013. He was snapped up by Batley Bulldogs ahead of the 2014 season and had an impressive start to his Bulldogs career before falling out of favour and ended up on loan at York City Knights.

Director of Rugby Darren Williams said “It’s been no secret that we were a little light in the middle units and Bradley will certainly add some size and aggression in an area we were keen to strengthen. He’s had a terrific grounding progressing through the Warrington youth systems and he was keen to join the club and to compete at the highest level available to him. He had a few other offers to weigh up but he’s shown his commitment to the club as he’s based in Lancashire so his willingness to travel to South Leeds was pleasing. He’s still relatively young for a prop forward and he’s alot of improvement still in him, he’s got plenty of games under his belt already at this level and Championship 1 and he will be a good addition to the squad and put some pressure on the other front rowers at the club.”