Gary Thornton names squad for pre-season kick off against York 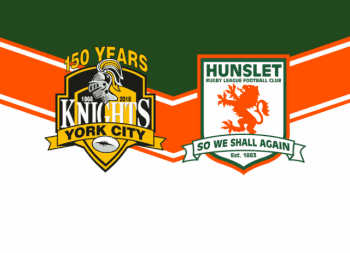 Gary Thornton will be taking a 21 man squad to Bootham Crescent in what will be our first run out of our 2018 pre-season schedule.

Amongst the 21 man squad be a number of close season signings including former Championship stars Duane Straughier, Danny Grimshaw and Cain Southernwood. Harry Tyson-Wilson will be the only close season signing from the Knights who will be returning to face his old club.

A number of players will not make the trip due to picking up slight knocks in training as pre-season has intensified. Brad Foster (Slight hamstring strain), Nathan Chappell (knee), David Foggin-Johnston (slight shoulder strain) and Michael Haley (shin) will not be risked but all are all expected to feature against Hunslet Club Parkside on Sunday 4th February.

GT commented “We are really looking forward to our first hit out.”

“The lads are chomping at the bit to get out on the field. They have worked hard in training but there’s nothing like getting out on the field and testing yourselves against another 13 blokes stood in front of you.”

“York will be a great test for us. They have recruited well and have had a solid pre-season so far, so we are well aware that it will be a tough first game for us.”

“It will give us an opportunity to see where we are at in terms of preparation for the big kick off at Hemel Stags in a few week’s time.”