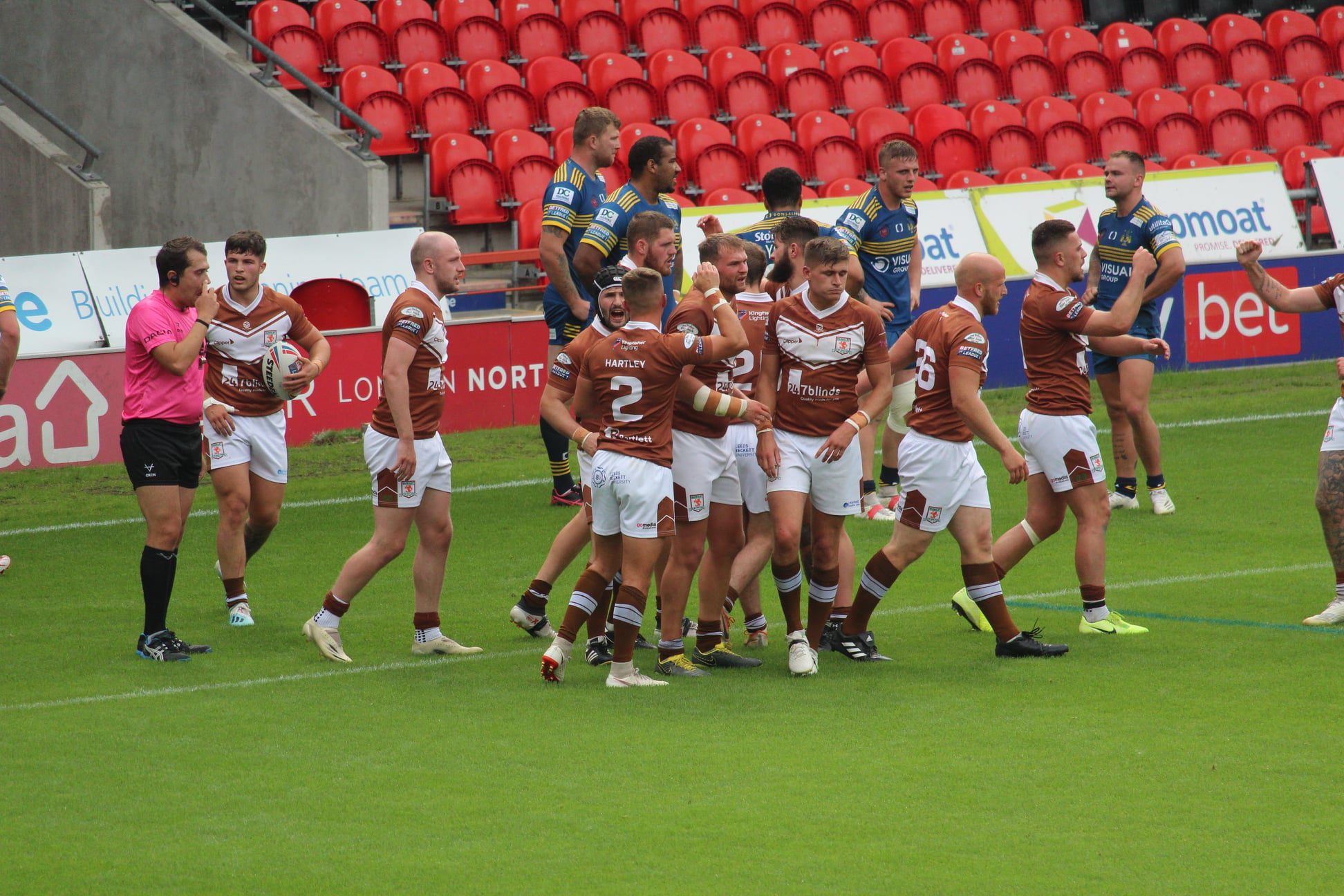 They say that defence wins matches, and that was certainly the case for Hunslet at the Keepmoat Stadium, Doncaster yesterday (1 August 2021) as they secured the first win for new coach Alan Kilshaw with a tremendous 24-46 win.

In these strange post-lockdown times tiredness can creep in at the end of each half, but after 20 minutes this game was 0-0 mainly due to Hunslet’s stout defence.

Early on the arm wrestle was pretty much even, but Doncaster marshalled by the lively Matty Beharrell started to get control, decisions were going against the Parksiders but some excellent goal line defence kept repeated Dons attacks at bay.

Hunslet hit the lead though after a brilliant David Gibbons kick was chased down by Kiedan Hartley forcing a goal line drop out, the resulting play had Harry Kidd charging for the line before a sweet pass sent Mikey Wood over. Gibbons converted and Hunslet lead 0-6.

On form Vila Halafihi broke the Dons line and set Lewis Young on a charge, unfortunately the pass to Kiedan Hartley was low and the chance was gone, but Hunslet struck again after Halafihi and Rettie got on the front foot and a lovely David Gibbons ball sent Doncaster old boy Mattie Chrimes over for a try. 0-10.

Doncaster got one back almost on half time after a Hunslet fumble when Robbie Ward scooted under the sticks, but Hunslet had the last laugh as after Chrimes was tackled in the air the ex-Don registered his second try, again from a Gibbons pass. So 6-16 at the break, could the Parksiders continue in the second period?

Missing players through Covid, loanees fresh to clubs, and also no scrums are making games open and free scoring and the same could be said of the second period.

Hunslet started out well when David Gibbon’s cross field kick was pounced on by Will Cooke to score (sadly Cooke received an injury and had to leave the field), Gibbons converted and at 6-22 it was looking good for the Parksiders.

Nothing is that easy though, and on the 50th minute Tali took advantage of the missing Cooke to score and Doncaster reduced the arrears to 12-22.

Candidate for Man of the Match David Gibbons scored a superb solo try after selling an outrageous dummy to stretch Hunslet’s lead to 12-26, but with still a quarter of the game left defences were becoming stretched.

Up stepped strong running Dons second row Aaron York who bagged a brace of tries in 5 minutes after Hunslet had made unforced errors, and suddenly with conversions the game was in the balance at 24-26 with 15 minutes left to play.

Another candidate for MOM Vila Halafihi had a cool head though and deftly chipped the ball through to follow up and score and with the conversion and a Gibbons penalty a minute later for ball stealing, Hunslet regained a 10 point cushion.

That seemed to knock the fight out of Doncaster and on 75 minutes great team play involving Harvey Whiteley and Vila Halafihi meant Matty Chrimes could feed Wayne Rettie to score in the corner. 24-40

Doncaster were now forced into short kick offs and lost skipper Matty Beharrell in the sin-bin after he contested a close call when the ball seemed to hit the touch line from the kick-off.

Hunslet kept cool heads though and the impressive Lewis Young set up a rampaging charge from Jordan Andrade who touched down under the posts to seal the win, Gibbons converted and on the hooter Hunslet deserved the 24-46 win.

Coach Alan Kilshaw was pleased with the win, but thought better defence in the second half could have made it a less stressful last 10 minutes. Gibbons, Young, Chrimes and Halafihi all shone with the ball, but Lewis Wray and Harry Kidd put some real graft in on a day when no Hunslet player gave less than 100%. 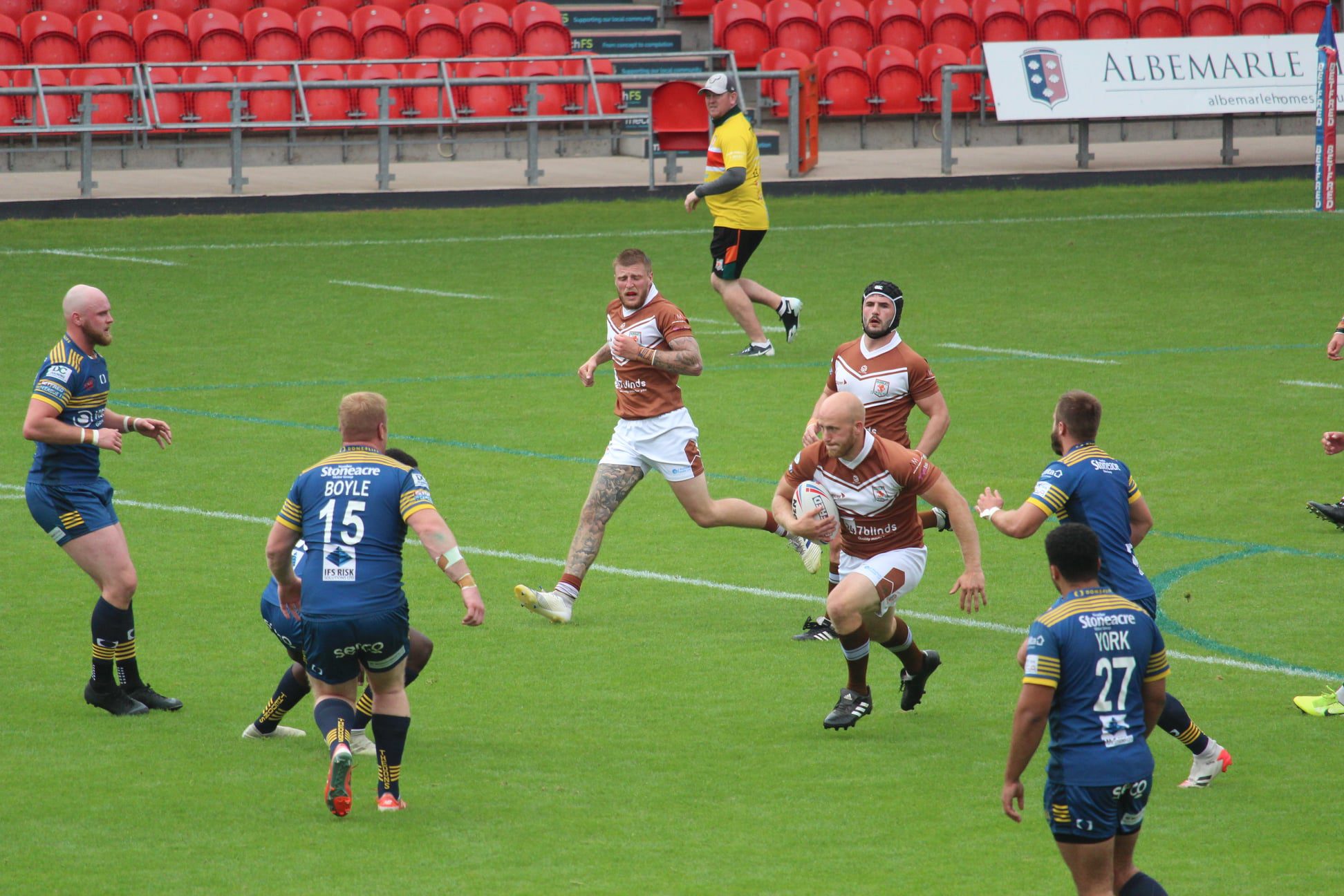 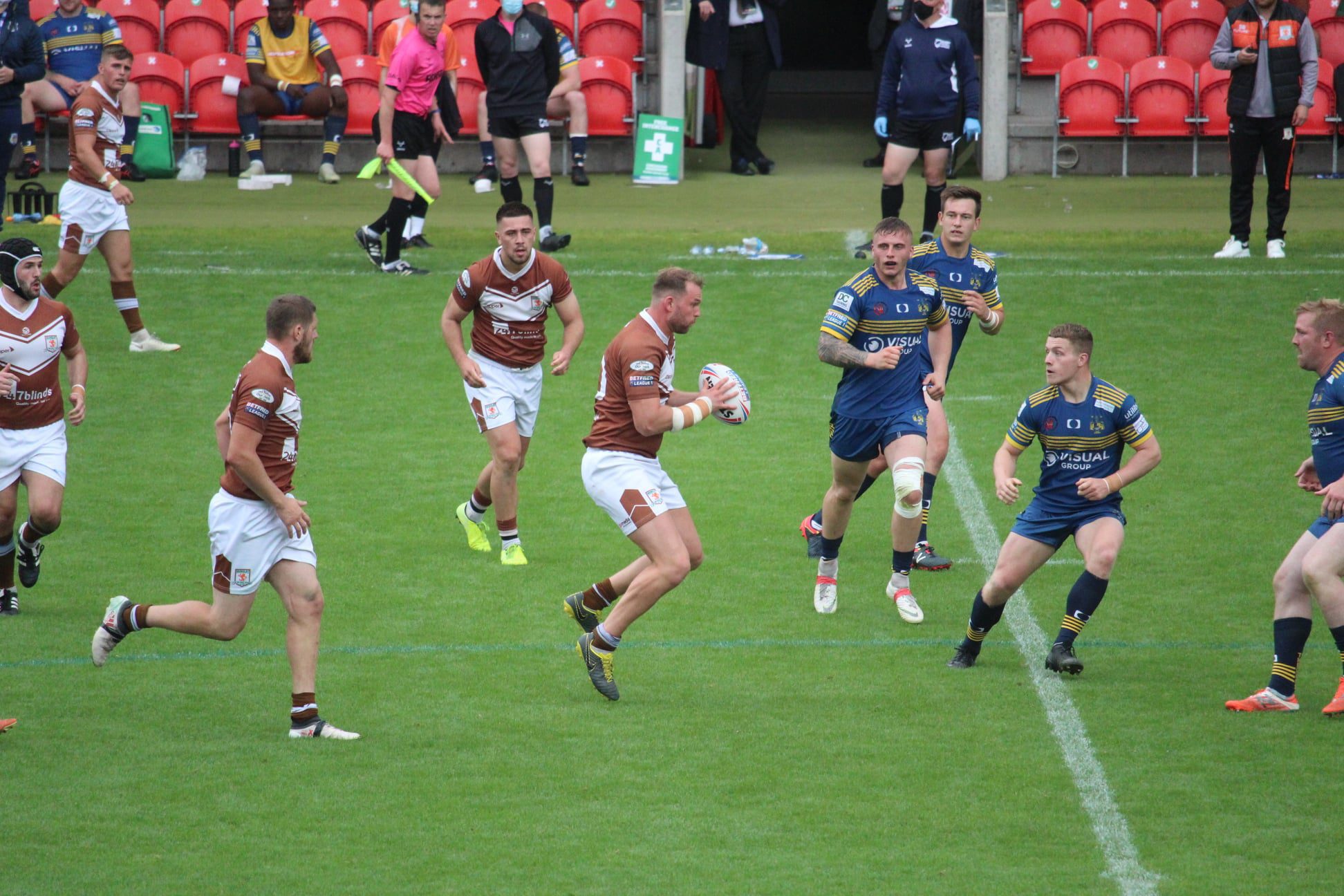 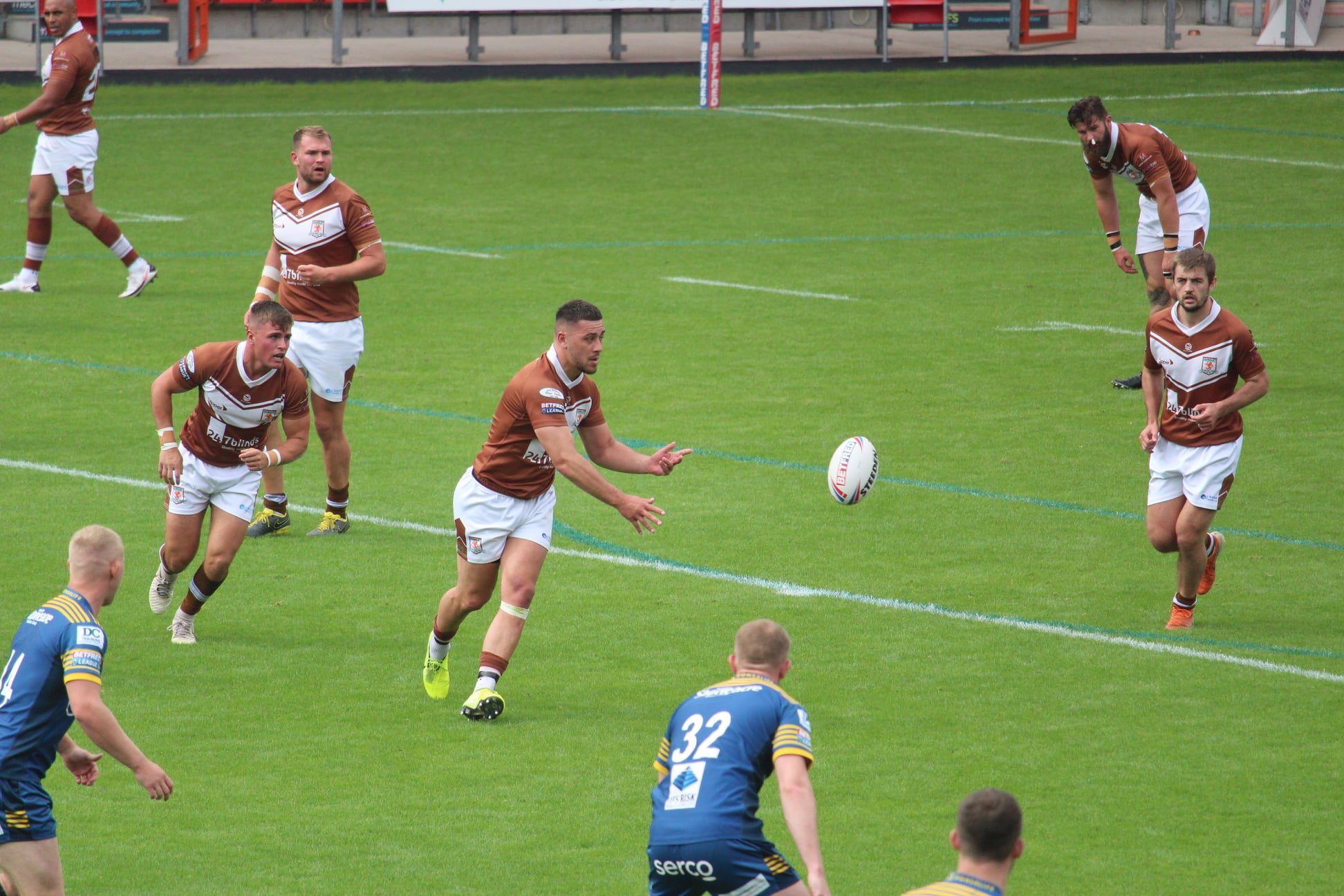