Hawks add some flash with Flanagan 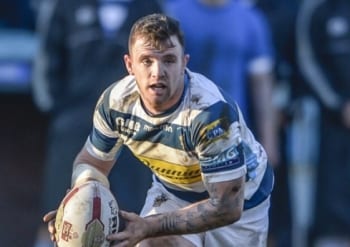 Hunslet Hawks RLFC are today delighted to announce that George Flanagan has joined the club from Featherstone Rovers.

Flanagan 28 is a hooker who enjoyed tremendous success at Batley Bulldogs before leaving to join Featherstone prior to the 2014 season. He signed a 2 year deal but has been granted an early release from his contract. He is an ex Bradford Bulls junior who also had a stint at Dewsbury Rams.

Director of Rugby Darren Williams said “Its a tremendous coup for the club to be able to add George to our 2015 squad, he’s a direct replacement for the recently departed James Feather and it’s not very often you can add top quality playmakers at this late stage in our recruitment process.

“We were made aware of his availability last week so have moved swiftly to agree a deal. I would like to thank Mark Campbell from the Featherstone club for his co-operation in facilitating this move.”

“George will be a tremendous character to have around who is extremely dynamic out of dummy half. He can also play at the base of the scrum so brings with him added utility value. He is a proven Championship performer and I’m thrilled to have secured his signature for 2015.”

Flanagan added “I’m excited to have signed for Hunslet for 2015, im looking forward to enjoying my rugby and playing with some friends who are already at the club, i cant wait to get started and already feel at home having spoken to Darren and some of the boys already at the club.”

Flanagan will be sponsored by Active Workwear for 2015.