Hawks to kick off League 1 campaign at Rochdale 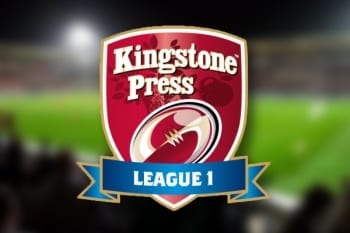 Hunslet Hawks will kick off our Kingstone Press League 1 campaign with a trip to Spotland to take on Rochdale Hornets.

Our first home game of the season will be on Friday 25th March when we entertain Keighley Cougars at the South Leeds Stadium.

There is no trip to the South of France for the Hawks, as we face Toulouse at home on Sunday 15th May, 3pm Kick Off.

The Hawks will end the regular season with a home match against North Wales Crusaders on Sunday 10th July.

2016 sees the introduction of a split after 15 rounds with the top eight playing each other once and the top two after seven rounds battling it out for the first promotion spot to the Kingstone Press Championship.

The loser enters a four-team play-off against fifth-place whilst second and third play off for a place in the second play-off final with the victors securing promotion.

The bottom seven after 15 rounds, who will be playing for the inaugural League 1 Shield, will tussle with each team twice, once home and once away, and first and second after seven rounds will go head-to-head for the League 1 Shield.