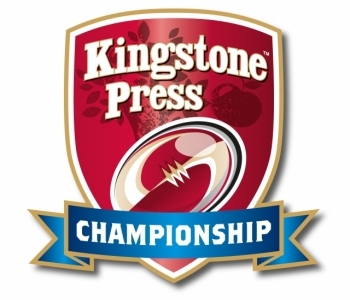 Hunslet Hawks will usher in an extraordinary new era for the Kingstone Press Championship in 2015 with an away fixture against Featherstone Rovers at the Bigfellas Stadium.

The Hawks will then face Heavy Woollen opposition in consecutive homes games as we welcome both Batley Bulldogs and Dewsury Rams to the South Leeds Stadium.

Hawks Head Coach Barry Eaton commented “In terms of difficulty, opening day fixtures certainly don’t come much harder than a trip to Featherstone, but we are all looking forward to the challenge. The reason we worked so hard to gain promotion from Championship One was so that we could test ourselves against quality opposition week in week out. The Kingstone Press Championship will certainly give us that platform and we cant wait to get going.”

Season Tickets & I Am Hunslet memberships our now available. Click here to join the action.

The club can also confirm our pre season schedule for 2015:

On the new league structure, RFL Chief Operating Officer Ralph Rimmer said: “The new league structure allows for the return of sustainable promotion and relegation across all competitions and with so much at stake for every club, 2015 promises to be the greatest Championship season of all.

“The Super 8s and Summer Bash will each bring their own exciting new dimension to a year where every minute of every match will matter for every club.”

Each team will play 23 games in the regular season: home and away against the other 11 clubs plus, and in an exciting new addition to the Rugby League calendar, one additional fixture in the Summer Bash at Bloomfield Road in Blackpool over the Bank Holiday weekend of May 23 – 24. Details of fixtures and ticket availability for the Summer Bash will be announced in mid-November.

The Summer Bash sees a whole round of Kingstone Press Championship fixtures, three on each day take place over two action-packed days at the world’s most famous seaside resort. As well as the Championship games, Blackpool will also host the final of the new League 1 Cup on the Saturday and feature a fantastic package of activities off the field to keep the whole family entertained.

After playing each other once, the top three Qualifiers will be awarded Super League status in 2016 with the final promotion spot determined by the Million Pound Game involving team four and five.

The teams finishing seventh and eighth in the Championship Shield after seven fixtures will be relegated to League 1 for 2016.

Full details of the new league structure, including an easy-to-understand video, can be found by visiting www.extraordinaryrugby.com