Hunslet crash to defeat at Coventry 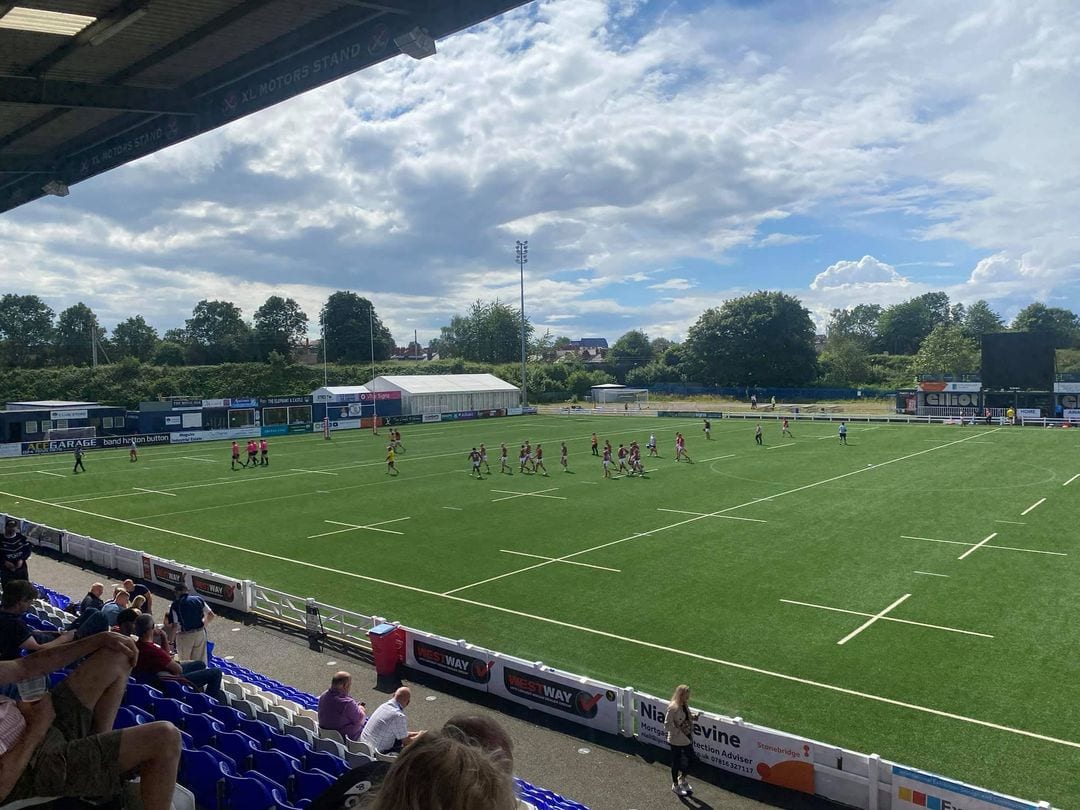 Hunslet suffered a major blow to their season and an abrupt end to their four match unbeaten run at Butts Park Arena yesterday (4 July 2021) as Coventry Bears scored 24 unanswered points in the last ten minutes to steal an unlikely victory much to the delight of their small band of faithful supporters.

In a game where defences were definitely not on top Hunslet’s looked shell-shocked as moments after Matt Chrimes had completed a hat-trick to give Hunslet a 70th minute 44-22 lead Coventry bravely tried a short kick off, from which Jack Dawson scored.

The momentum changed and a Bears break shortly after resulted in influential Halfback Dave Scott scoring to shorten the gap to 34-44. Almost immediately Jack Dawson completed his own hat-trick to make it 40-44 going into injury time.

You need luck in these situations and Coventry after stealing the ball in a tackle tried a kick through which resulted in Hunslet clearing to give the home side more tackles. With a Coventry player seemingly held short the ball was somehow released and Kieran Sherratt dived over for the winning try.

It had been the Bears who opened the scoring on only the second minutes when Elliott cut through Hunslet’s right three-quarters to score in the corner 4-0, but five minutes later Vila Halafihi dived over from close to give the Parksiders a 4-6 lead (Brambani converting).

Simon Brown didn’t recover from an awkward fall and with no half-backs on the bench Hooker Nathan Conroy had to fill in. Conroy looked lively though and was involved as a deft Halafihi kick was gathered by Chrimes to give the visitors a 4-12 lead.

In this ding-dong game though Coventry hit back as Jack Dawson again found joy down Hunslet’s right side to narrow the score line to 10-12 after twenty minutes.

Coventry could have hit the lead if it weren’t for a tremendous double tackle by Brad Hey and Mikey Wood. Shortly after, Lewis Young made a break from close to his line and the resulting play ended in Alex Brown taking a high ball to score in the corner. 10-18

Now Hunslet were on top and with Nathan Conroy instrumental again, that man Alex Brown crossed for his second try in the corner. On the half time hooter Conroy rushed to acting half-back to fire a neat ball to Brad Hey who scored from close in. 10-28 to the visitors at the break and nothing to worry about.

The second half started much like the first had ended with the Parksiders on top. Lewis Young weaved through a non-existent Bears defence to score under the posts 10-34, and from the kick-off it looked like Duane Straugheir was barnstorming to the line, only to be pulled back as the kick had not travelled 10 Metres.

On 50 minutes Hunslet old boy Liam Welham wrestled his way over for the Bears, but moments later Conroy dummied his way through from a tap to put Chrimes over 16-38.

The tries kept coming and although Cullimore nicked one for Coventry from close, the same Conroy/Chrimes move ended in the winger completing his hat-trick.

At 22-44 with only 10 minutes to play Hunslet should never have lost, but strange things can happen in sport when confidence is knocked. Hunslet must get back on the horse for next week’s home game against North Wales Crusaders (who had their own good victory over Keighley).

Hunslet lie fifth in the table but must improve if they are to have any hopes of promotion this season.