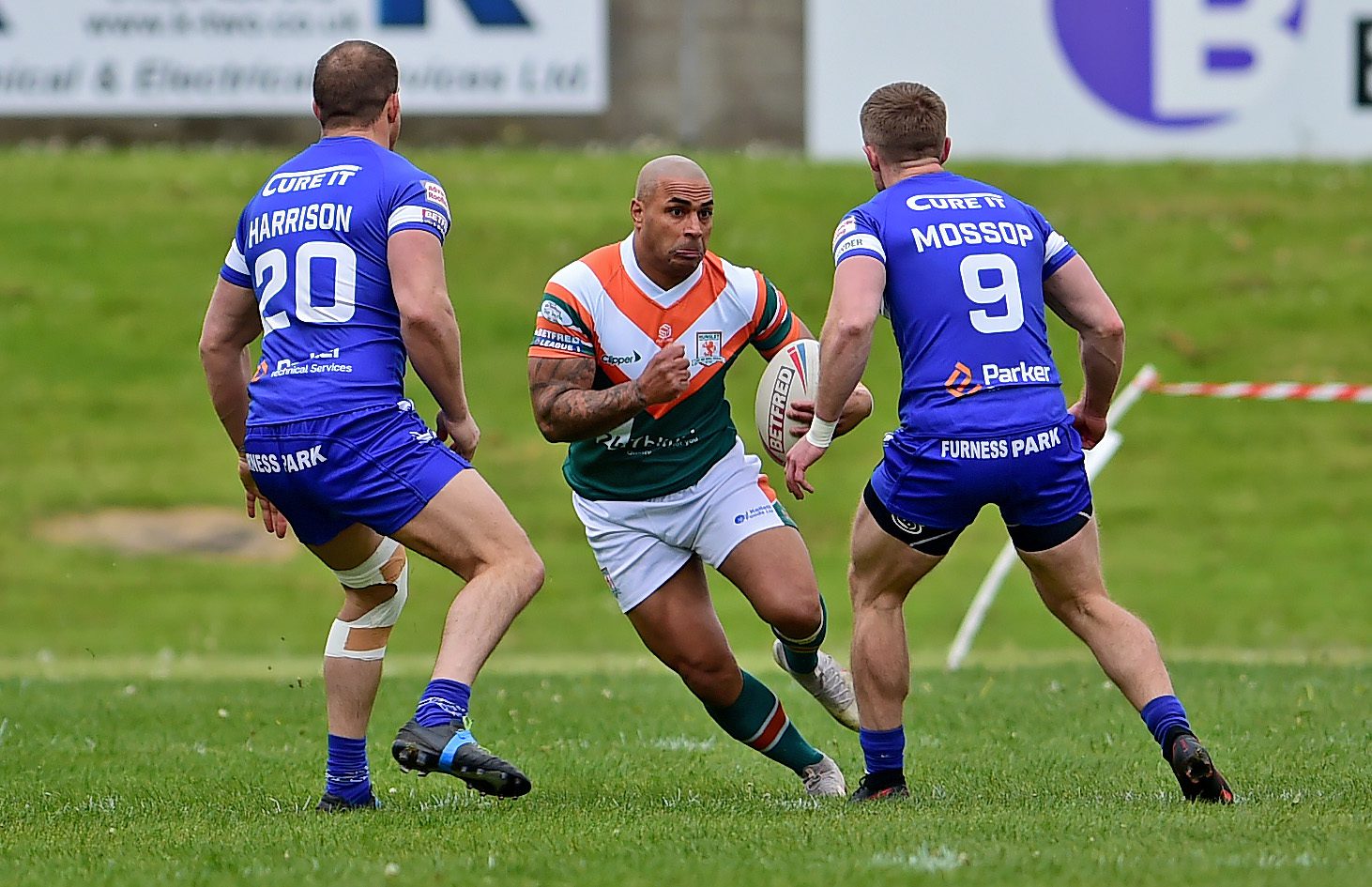 Hunslet Rugby League club are still licking their wounds after Sunday’s 29-6 home defeat at the hands of Betfred League 1’s big spenders Barrow Raiders after having gone ahead shortly before half-time through Tom Ashton’s try and Dom Brambani’s conversion. But despite the disappointing reverse, head coach Gary Thornton has pinpointed several positives from a match that could, in different circumstances, have ended so very differently.

The Parksiders had won their previous game, at North Wales Crusaders, but had lost at home to Workington Town a fortnight earlier. Thornton said: “It’s a fact that we’re having little luck with decisions. We lost to Workington after Jake Sweeting had a try ruled out which on many occasions would have been given, Town scoring in the next play to make it a twelve-point turnaround. And, against Barrow, I cannot understand why Wayne Reittie was penalised when a Raiders player was preventing him from playing the ball. That, too, was quickly followed by a try by the visitors, so instead of us being 6-0 up at the break we’d been pulled back to 6-6, which meant a different team talk at half-time.

“In the second half, Barrow’s Jamie Dallimore should have been penalised (and probably carded) for punching Dom Brambani. But the officials missed it, he stayed on – and, ironically, scored the try that got the Cumbrians in front for the first time.

“There can come a point in a match when the players know, mentally, that it’s gone. That’s how it looked when Barrow scored their third try – the body language of the players suggested that they were resigned to defeat.”

Sheer tiredness was undoubtedly a factor in that resignation – tiredness that Thornton can easily explain, and which should shortly no longer be an issue.

He revealed: “The players have been suffering from fatigue in the closing stages of games, by comparison with their opponents, and there’s a reason for that. Our pre-season preparations have been limited, partly because of limited access to the council-owned South Leeds Stadium during the Covid-19 pandemic, while most other teams own their own grounds and haven’t had that problem.

“We could hold only one training session a week initially, through the high cost of adhering to Covid-19 protocols, and we’ve unavoidably been behind schedule in our preparations.

“Last year, when we’d started well and were finishing strongly in games, we’d enjoyed 42 sessions pre-season. This year we had twelve, which says everything. We’re undercooked, until we get a few games under our belts, it’s a simple fact.”

Thornton can also cite a raft of injuries, fullback Jimmy Watson and centre Will Cooke being injured in pre-season games, while captain Duane Straugheir missed the Workington fixture – and had to withdraw at half-time against Barrow – with a back injury.

Other absentees in league matches have included threequarter Matt Chrimes, loan forwards Sion Jones and Anthony Bowman, and winger Niall Walker. “So there were many factors involved in Sunday’s defeat,” said Thornton, “but what we’re going to take heart from is that, despite not having played well, we had Barrow for the taking midway through the second half.  They are League 1’s big spenders but we’d kept them at bay with what was nothing short of heroic defence on our own line. That tells me that when we do reach full fitness and hit top form we will, as last year, be a force to be reckoned with in this section.”