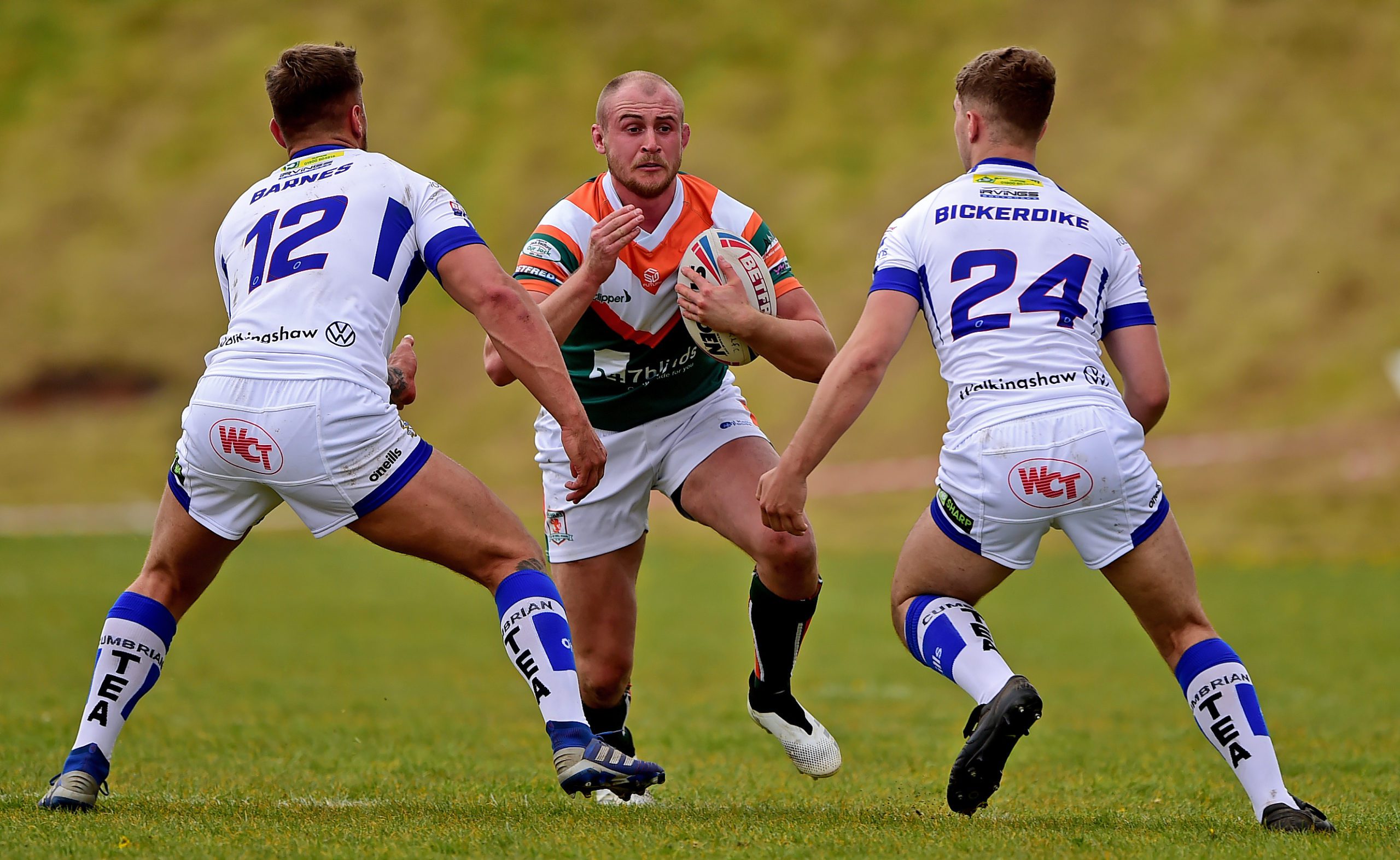 Hunslet coach Gary Thornton is speaking to Betfred Championship clubs over loan players after his side’s League One campaign began with a disappointing home defeat.

Influential full-back Jimmy Watson, who is facing a two-month layoff with a knee problem and captain Duane Straugheir were both ruled out of the 28-16 loss to Workington Town two days ago.

In addition winger Kiedan Hartley, a possible option to replace Watson, sustained a recurrence of a rib injury.

Hunslet were top of League One when the 2020 season was abandoned after just two rounds and are among the sides expected to push for promotion this year, but Thornton admitted more quality is needed to strengthen their squad.

“It’s a bit of a kick up the backside for us, a learning curve,” he said of Sunday’s reverse.

“We showed a bit of naivety at times and didn’t execute well enough.

“We didn’t have Duane Straugheir or Jimmy Watson and we didn’t really have the strength in depth to cover those gaps, so that’s something I am going to have to work on.”

He added: “Hopefully we’ll be able to bring some loan players in.

“We are down to 22 members in our squad now and there are some definite gaps that need plugging.

“I am working hard to do that.”

Danny King, Jack Aldous, Josh Tonks and Zac Braham have all left Hunslet since their previous game and Thornton admitted: “They have been big losses to the squad.”

He said: “We’ve probably not filled those gaps as well as we thought we had, although Brad Hey – who played on the left-side back-row on Sunday instead of Tonks – was immense, by far our best player.”

Of where Hunslet went wrong against Workington, Thornton noted: “We fell flat on our face, we looked really tired.

“We lost the energy battle, which you might say is a bit surprising with it being the first game.

“We were beaten around the middle of the park, they have a fit, athletic middle-unit and they just fatigued that area of ours and got some joy around the ruck area.

“We conceded some soft tries, which was disappointing.”

Thornton felt a 12-point swing, when Workington scored moments after Sweeting had a touchdown ruled out, was a “massive turning point”.

That would have made it 18-12 in Hunslet’s favour and Thornton said: “The referee signalled a knock-on, we were celebrating the try and they took a tap-20 and went full-length to score.

“That basically killed us, they got another soft one on the back of that and the game was basically done.

“I’ve watched it back on video and it looked like a try to me, but the referee said he has lost control of the ball.”