Hunslet lose out to table-topping Barrow 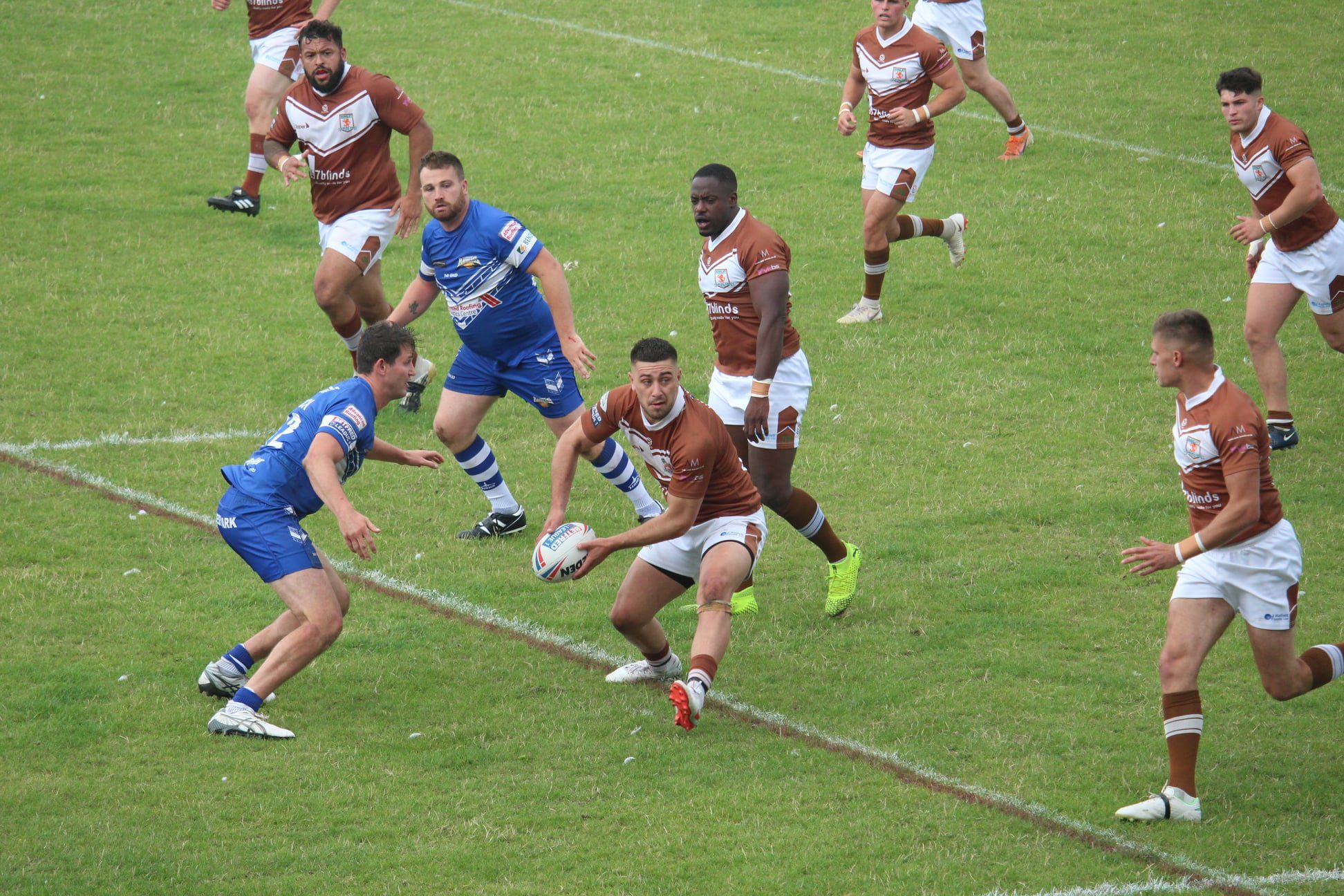 To be fair Hunslet were never favourites against the League leaders, but after last week’s performance at Doncaster hopes were high.

From the off, Barrow used their knowledge of their home conditions retrieving the ball from a high kick into the wind. Hunslet were defending straight away and only last ditch tackling in the corner kept the Cumbrians at bay.

Hunslet did have some possession near the Barrow line early on, but it seemed to be the visitors dropping out from under their posts at regular intervals and constant pressure on the Parksiders line.

Barrow finally breached Hunslet’s defence on 9 minutes when Ryan Johnston scored. The Touch Judge felt Johnston had been held up, but the Referee overruled him and Barrow led 4-0.

Tee Ritson in the right centre for Barrow picked up two tries in May at the South Leeds Stadium and registered his first on 18 minutes after Hunslet had failed to diffuse a bomb, the speedy centre scoring in the corner.

Barrow weren’t converting the tries though and at 8-0 after 30 minutes Hunslet were not out of it, but try as they might Barrow’s Blue and White wall stayed solid and after another Hunslet drop-out Luke Cresswell slipped out of a Matt Chrimes tackle to score an unlikely try.

So the Raiders led 14-0 at the break and it was all on to do for the Parksiders.

Hunslet had the early pressure in the second period with Jordan Andrade and Alex Rowe running strongly, but Barrow used the wind advantage to kick a 40/20 that switched the momentum. Things got worse for Hunslet as Reece Chapman-Smith was then sin-binned for holding up play.

Ryan Johnston slipped over for a try converted by Ryan Shaw and things looked ominous for the Yorkshiremen, but on 48 minutes Matty Chrimes clawed the ball inside and Kiedan Hartley gathered it up to score. With Gibbons conversion maybe all was not lost. 20-6

Jordan Andrade went very close for Hunslet, but soon Barrow were on the attack again. This time though they were too intricate and a dropped ball was scooped up by Lewis Young who raced a full 90 yards to score. 20-10 and game on.

The tale of this match though was just as you thought Hunslet may come back they’d make an unforced error. In blustery conditions a knock-on from the kick off handed momentum back to Barrow, and very soon the ball found its way to that man Ritson to complete another try.

Five minutes later Jake Carter seemingly held by three men found an offload to the grateful Ritson who trotted over unopposed for his hat-trick. 30-10 with 15 minutes to go and all looked lost for Hunslet.

All that was left was pride, and tempers rose at borderline decisions. Harry Kidd felt the ball was stolen in a two man tackle and was sin-binned for protesting. Barrow took the 2 points on offer 32-10.

A rare Hunslet attack saw the ball go to ground, and as Ritson and Hartley raced for the ball Ritson hacked forward and won the race to score his 4th of the afternoon and 6th against Hunslet for the season. 38-10

The crowd of 1,918 wanted 40 and got it after the hooter as Barrow kicked an easy 2 points to end a frustrating match for Hunslet. Final score: 40-10.

Rettie and Brown did some good graft for the Parksiders, but too many players weren’t on it today and a frustrated Alan Kilshaw bemoaned unforced errors and sin-binnings. Barrow are likely to win the League, but for Hunslet it will be the play-offs if they can win their remaining three home games and possibly one of their two away games.

Next week at home to London Skolars is the first of two home games and a must win. 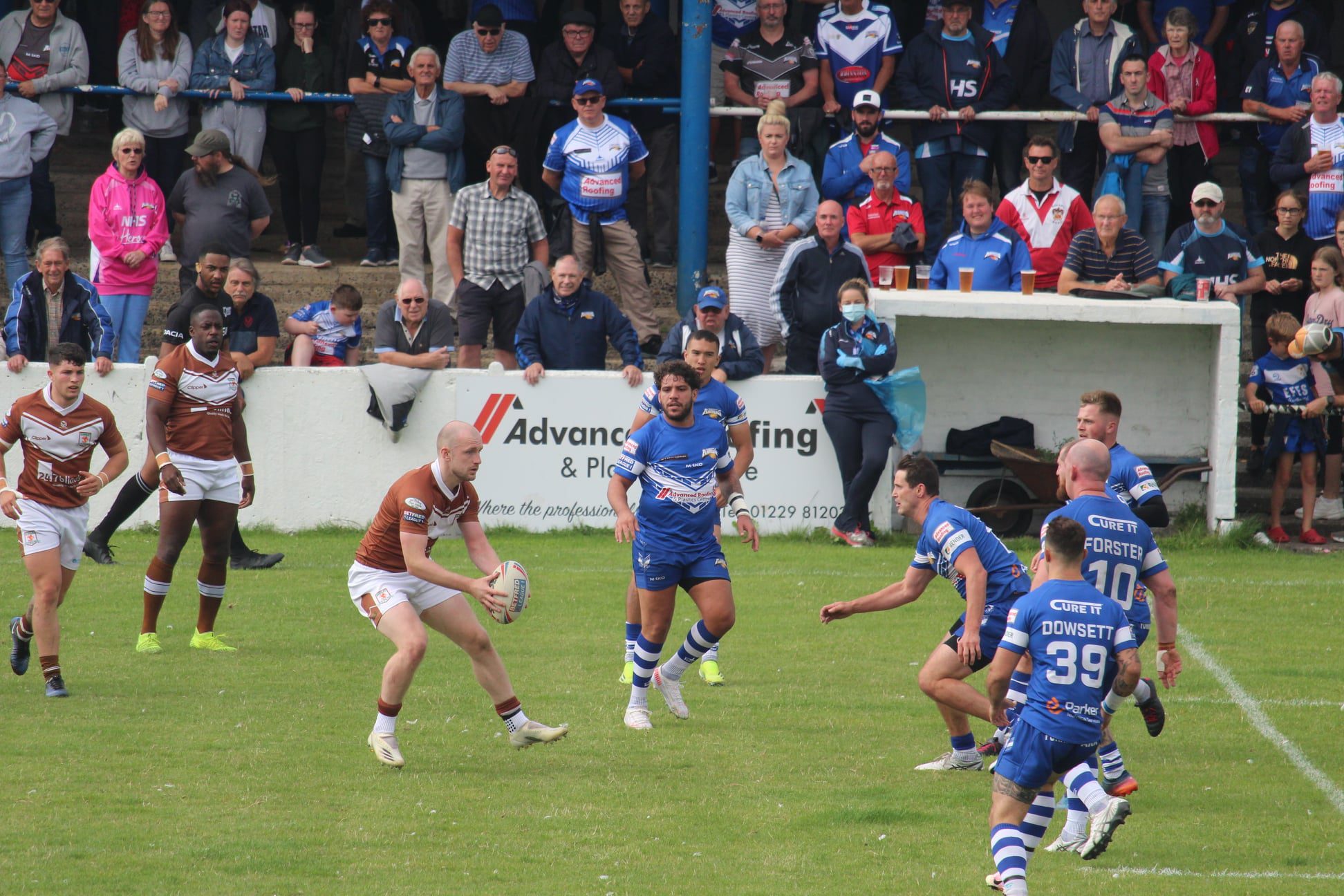 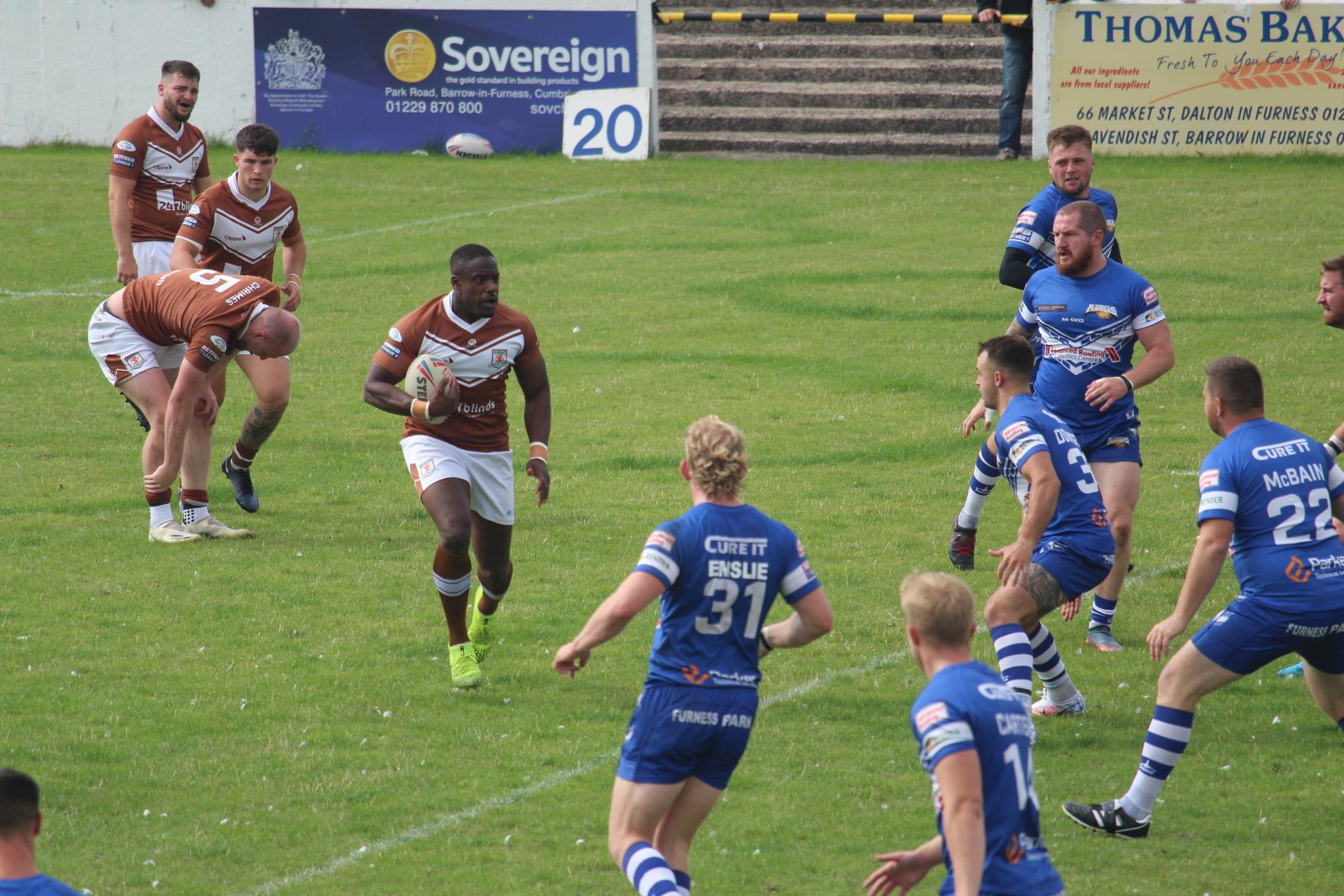 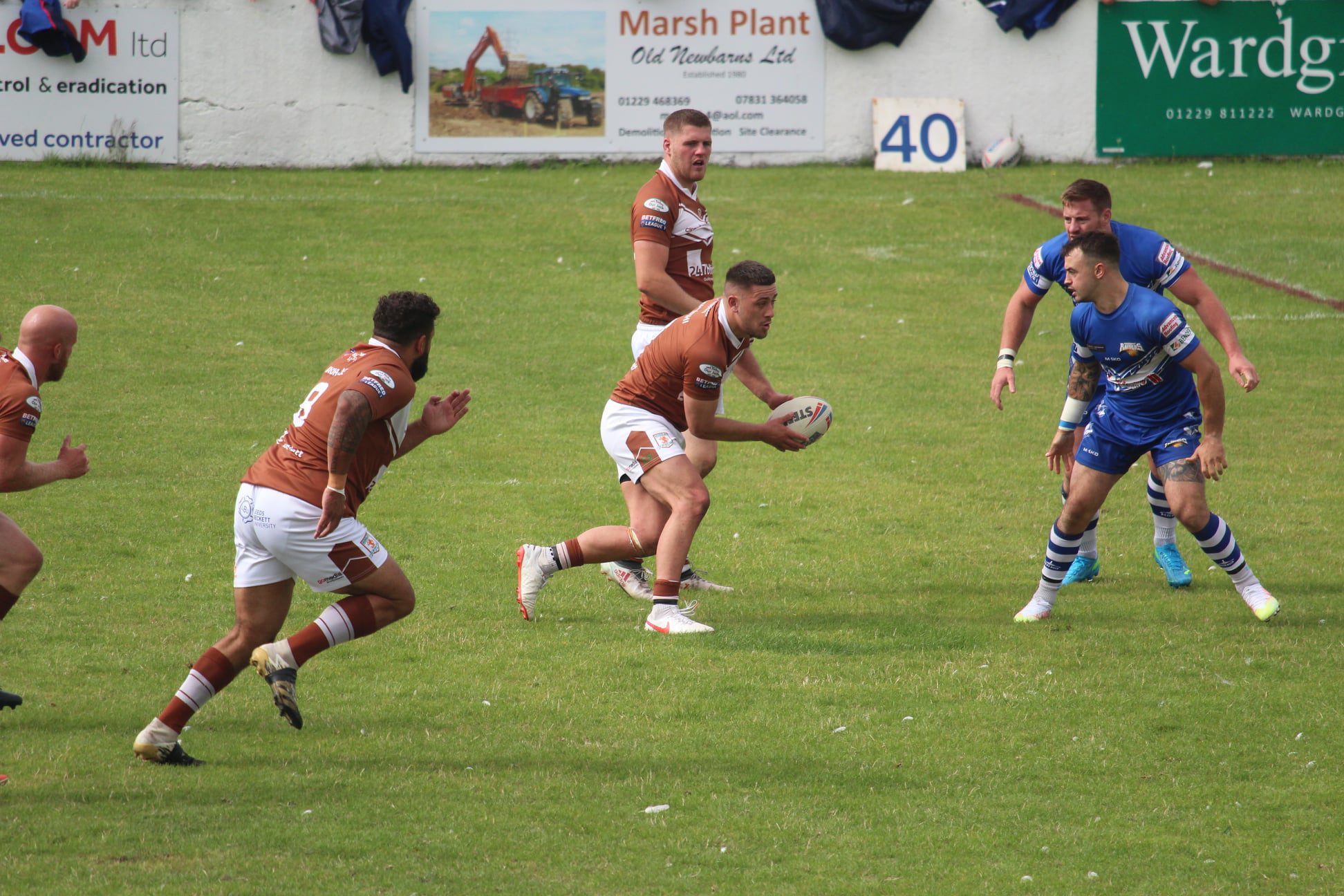 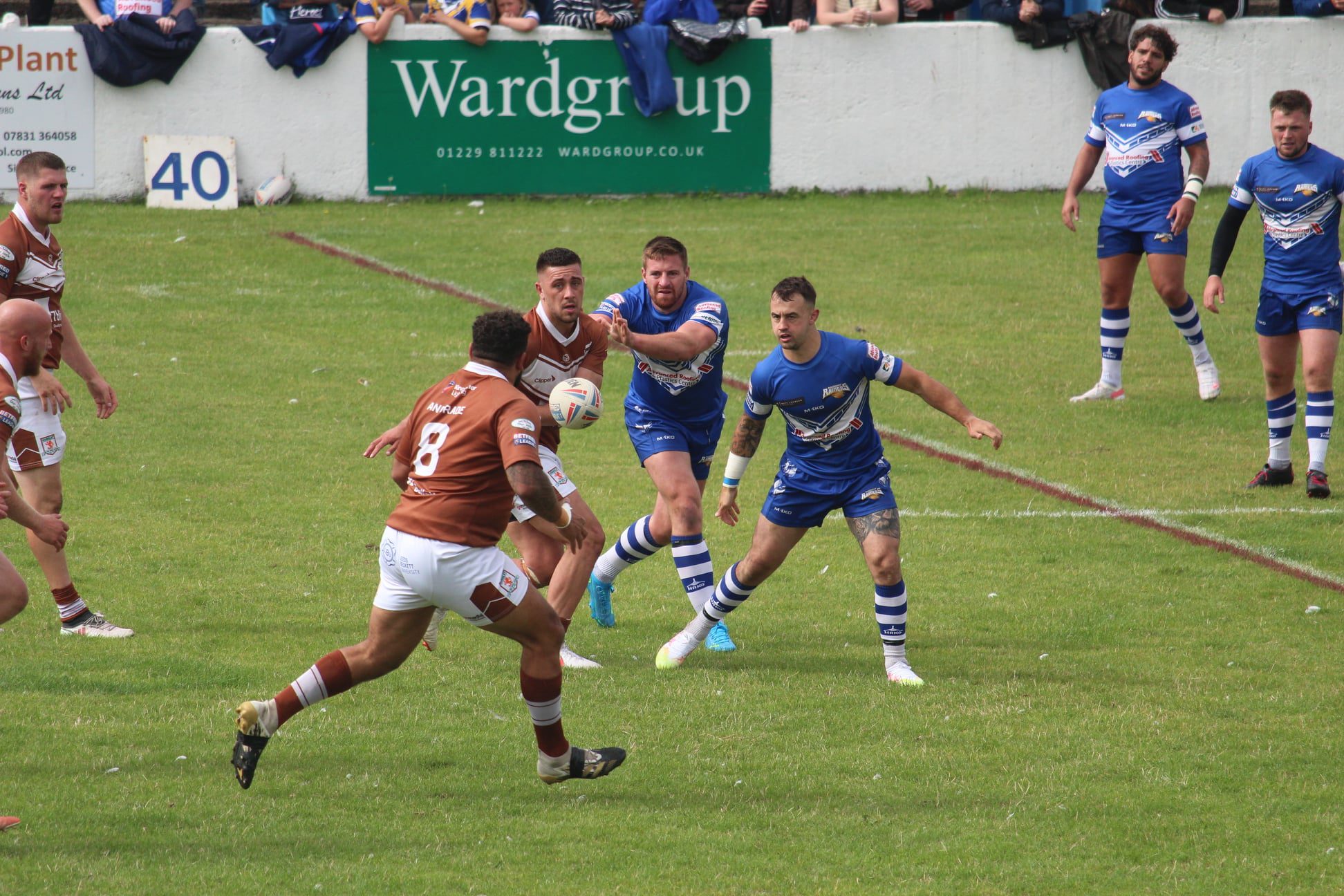 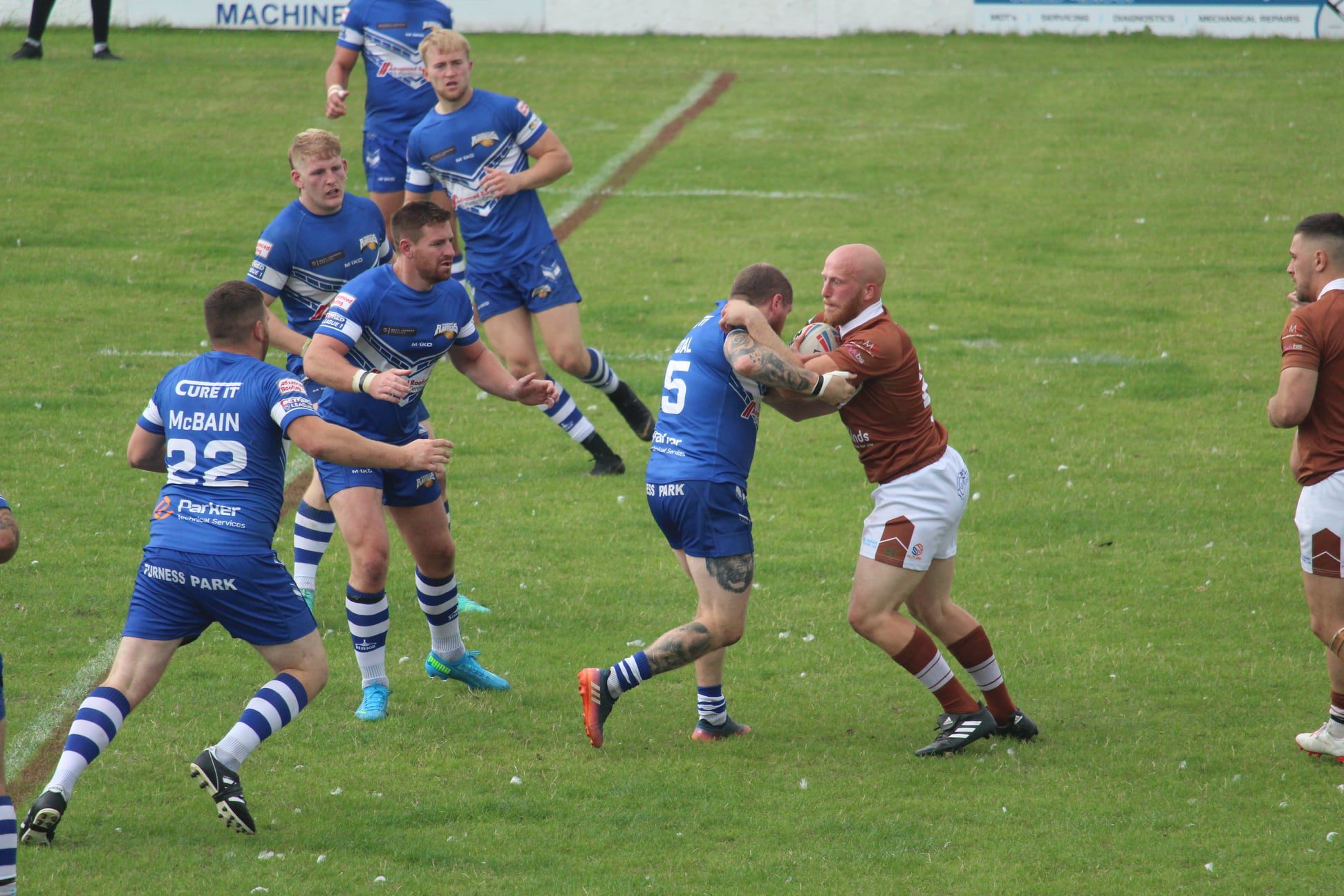 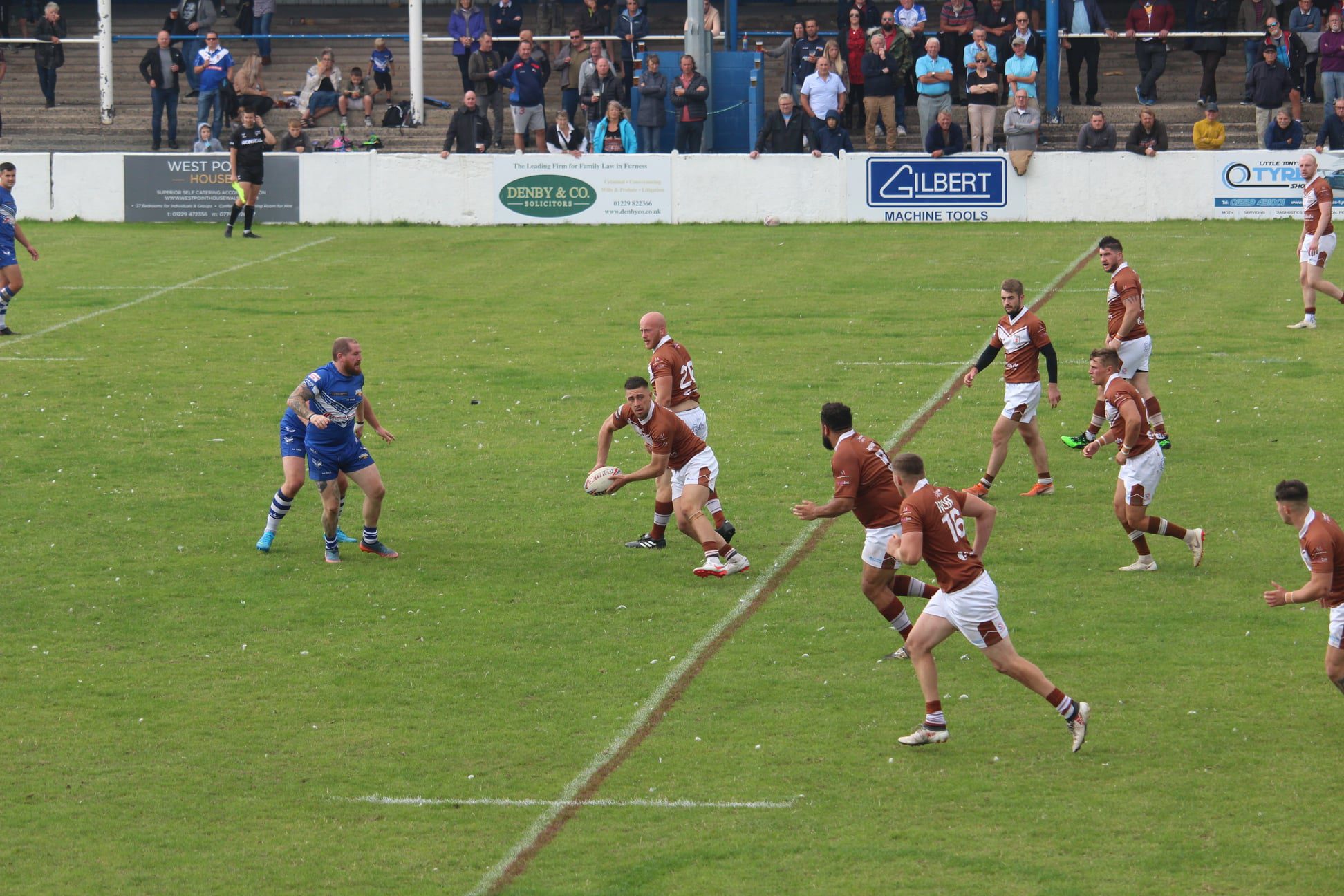 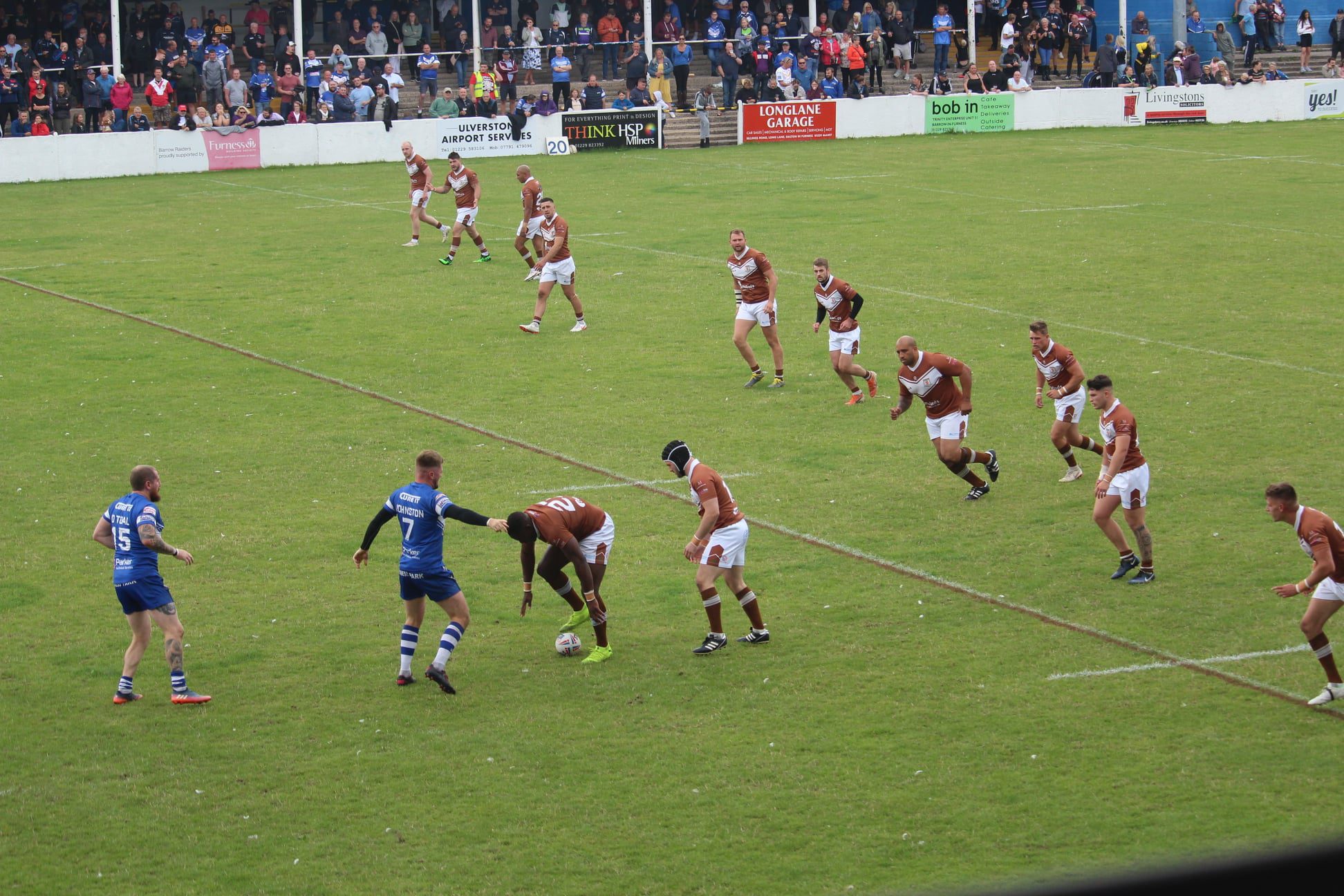