Hunslet virtually guaranteed themselves a place in the Betfred League 1 Play-offs with a hard fought victory for the second season running at a wet and windy Cougar Park.

The game was an angry affair with tempers frequently boiling over as former Keighley and Hunslet players lined up against their former clubs.

From the off, Hunslet had the home side on the back foot, ferocious tackling forcing Keighley over their own line, or into mistakes early in the tackle count.

Joe Sanderson kicked Hunslet ahead, before a superb angled pass sent Zack Braham over for the opening try. 0-8.

Hunslet suffered a set back when Jack Lee was taken off injured, but still pressed and it wasn’t until the 25th minute that Keighley entered Hunslet’s half.

Joe Sanderson added two more penalties (one coming from a break created by a lightning quick Jimmy Watson tap), and Hunslet looked to have stretched the lead even further, but Josh Tonks was ruled to have taken a forward pass with the line begging. 0-12

The old problem of discipline reared its head again though for the Parksiders, and two penalties on the trot gave Keighley good field position which they used to full effect when Dixon went over to the right. No goal though and it stood at 4-12.

Hunslet again forced a drop-out from the kick-off and in the ensuing play Joe Sanderson was taken off the ball. Horan was sinbinned for Keighley, but Hunslet elected to run instead of taking the two points. A costly mistake maybe as the ball went to ground and the hooter went leaving it 4-12 to the visitors at the break.

Keighley heading down the slope towards their supporters started the second half the better of the two teams. A bomb was miss-fielded by Jimmy Watson in slippery conditions and Muranka scored a simple try. Hardcastle converted 10-12.

Just as it looked like Keighley would have the momentum (and the weather) Hunslet upped the ante. Pressure on the Cougars’ line finally made it give way when impressive new signing Jordan Andrade powered his way over on 55 minutes, Sanderson converting to make it 10-18.

This seemed to take the bite out of the Cougars and on 70 minutes the lively former Cougar Ryan Wright put a neat kick in for Duane Straugheir to pounce. 10-24

With the game virtually won Hunslet could give some flight to the ball and with swift passing to the left flanks both Tom Ashton and Dale Bloomfield scored impressive late tries. Joe Sanderson couldn’t convert but Hunslet lead 10-32 leading in the final 5 minutes.

Here though the game descended into melee after melee, as niggles in the tackle turned into full on fist fights. Duane Straugheir was sinbinned for Hunslet for punching, before a full on brawl on the hooter ended with 3 players (Tonks and Bloomfield for Hunslet) being sent off.

Coach Gary Thornton will be pleased at his players performance, but less pleased with their discipline. Players got sucked into needless bouts when the game was won. This may cost Hunslet in future matches if their players are sat in the stand and not on the pitch.

With 3 must win games still to go, every match is a final. Starting at London Skolars on Friday 23 August. 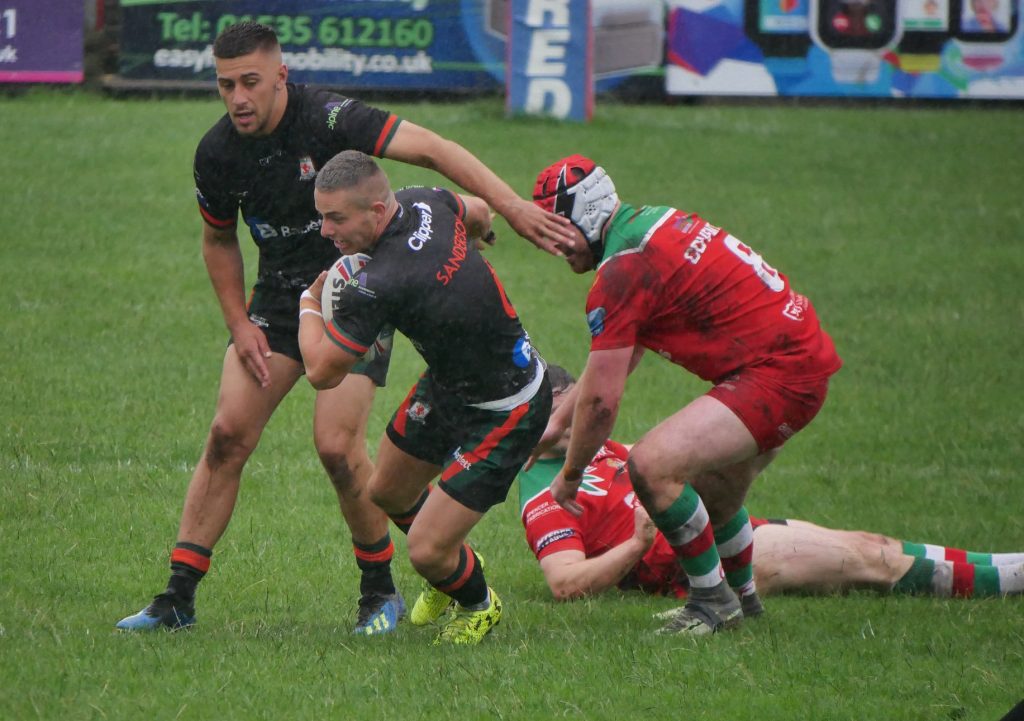 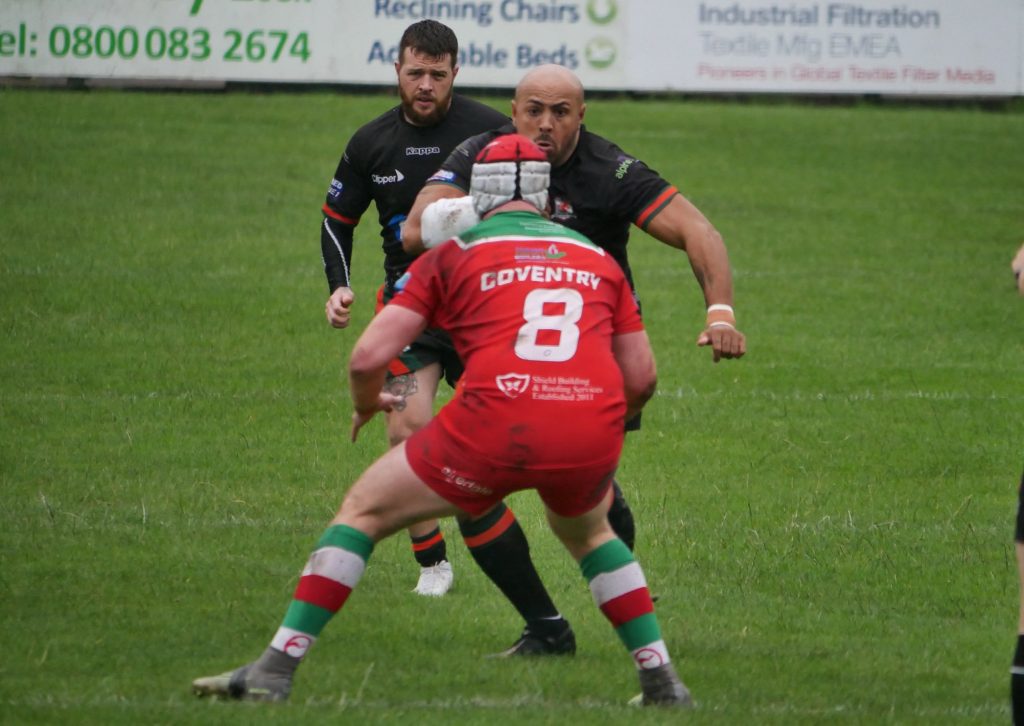 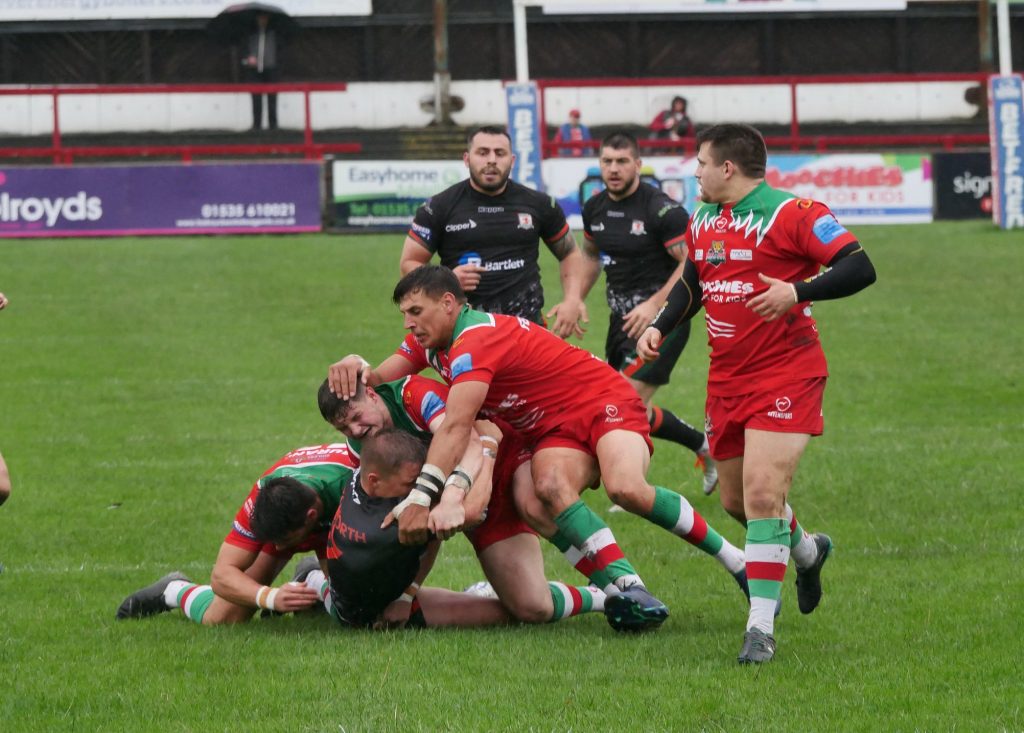 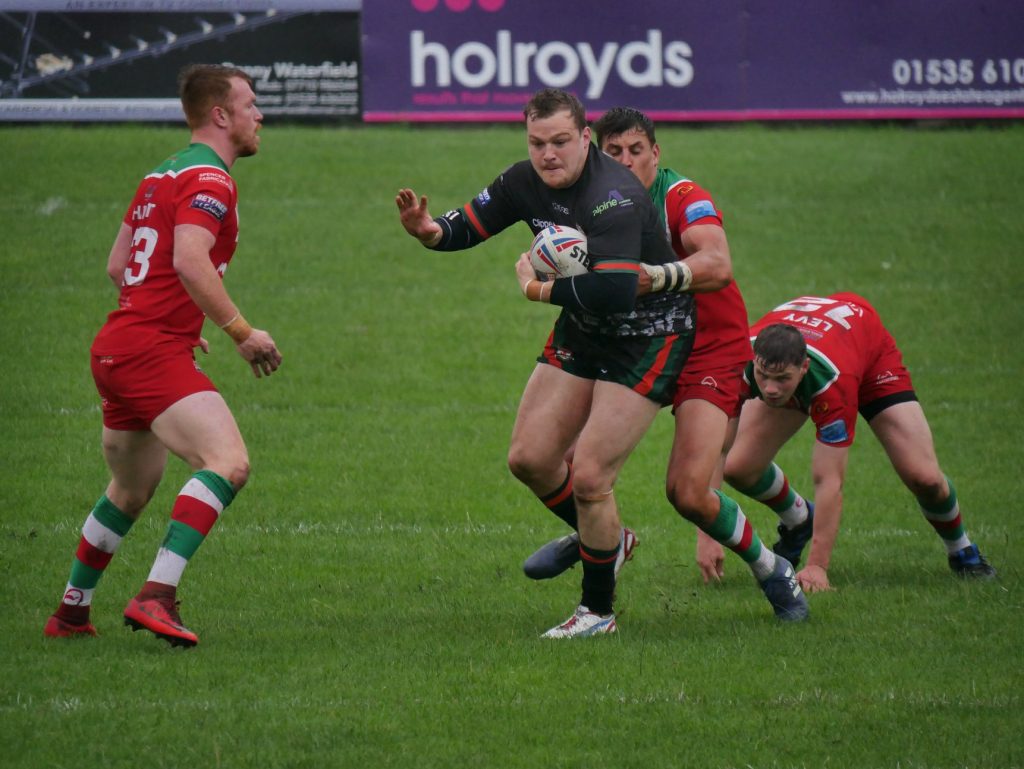 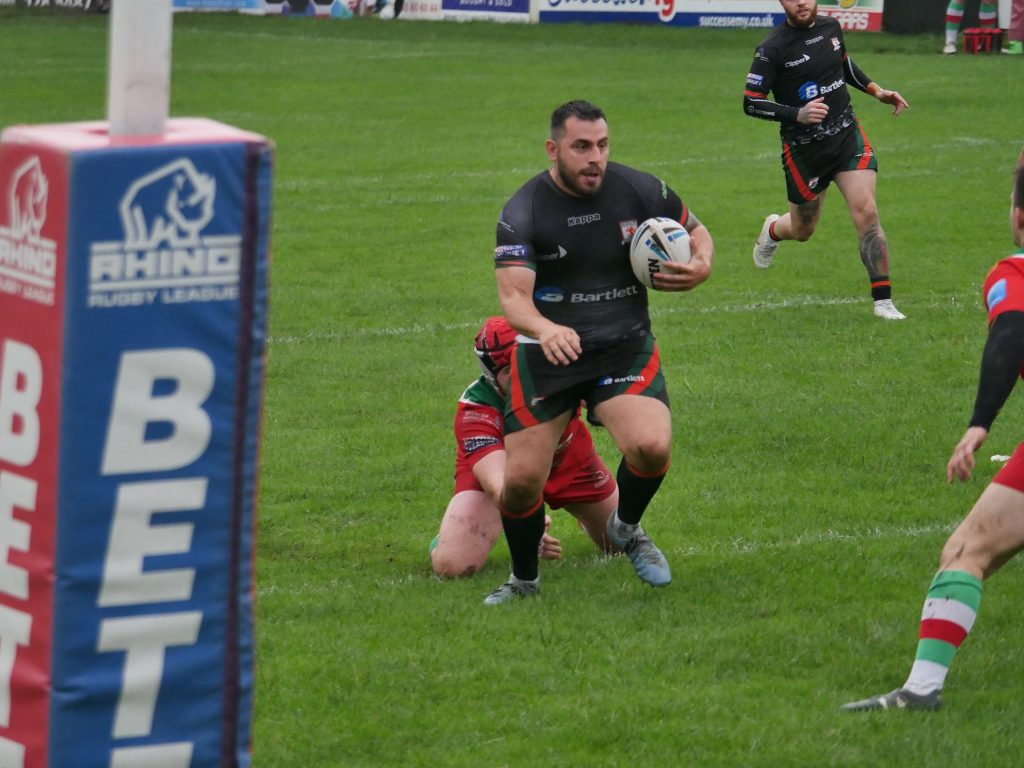 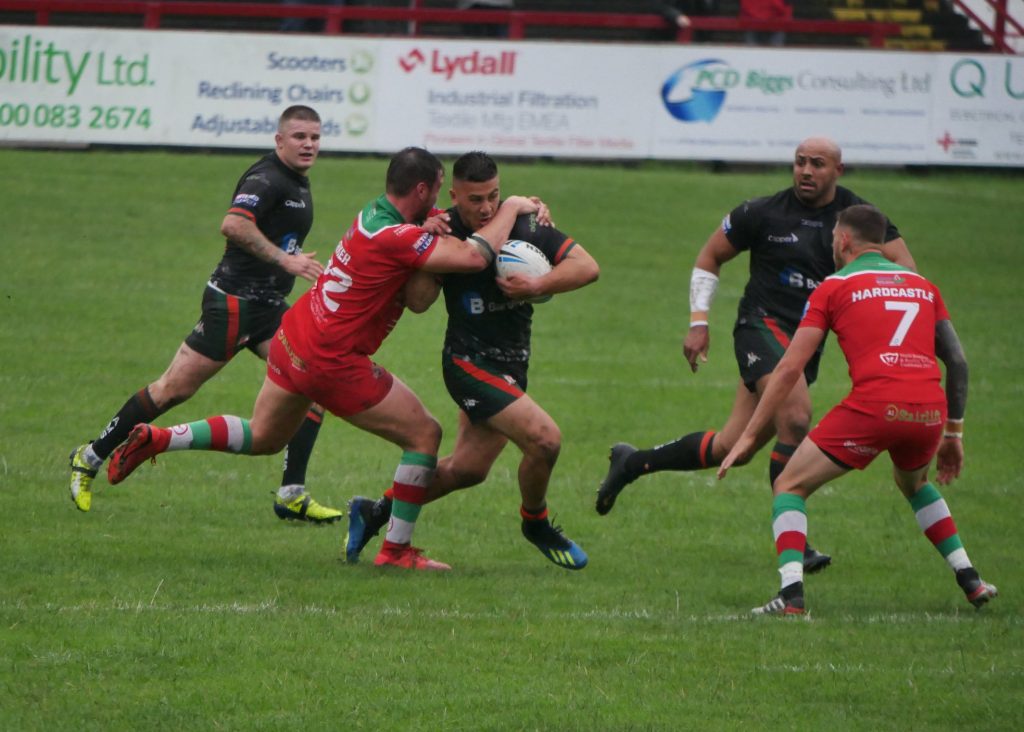 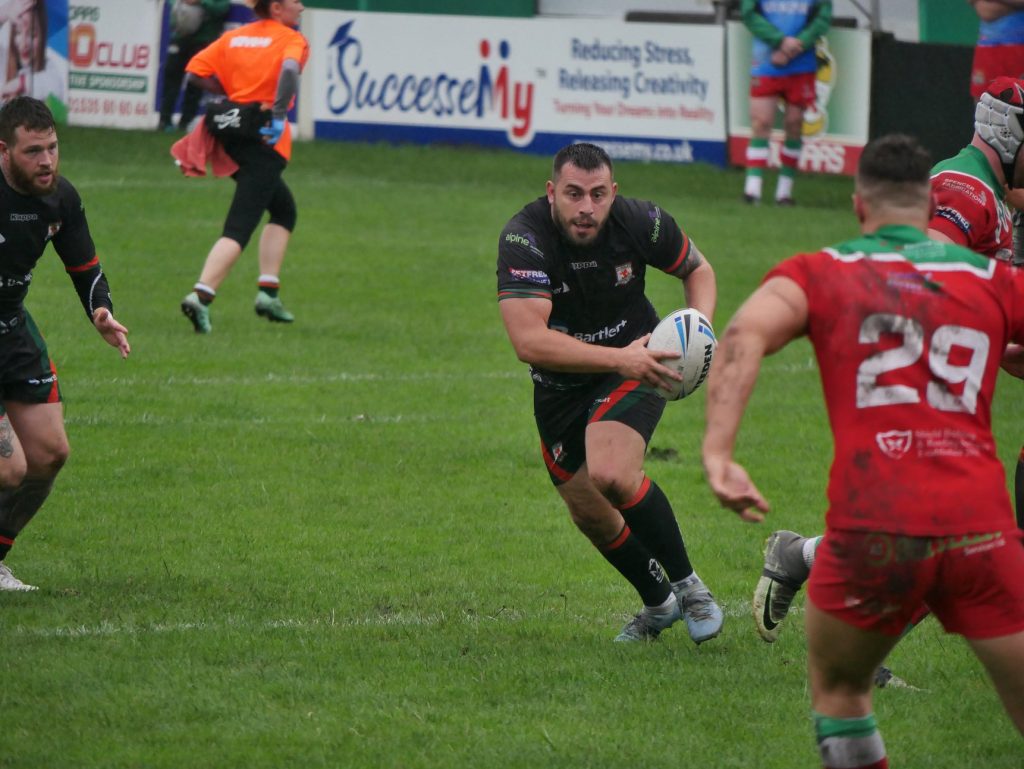 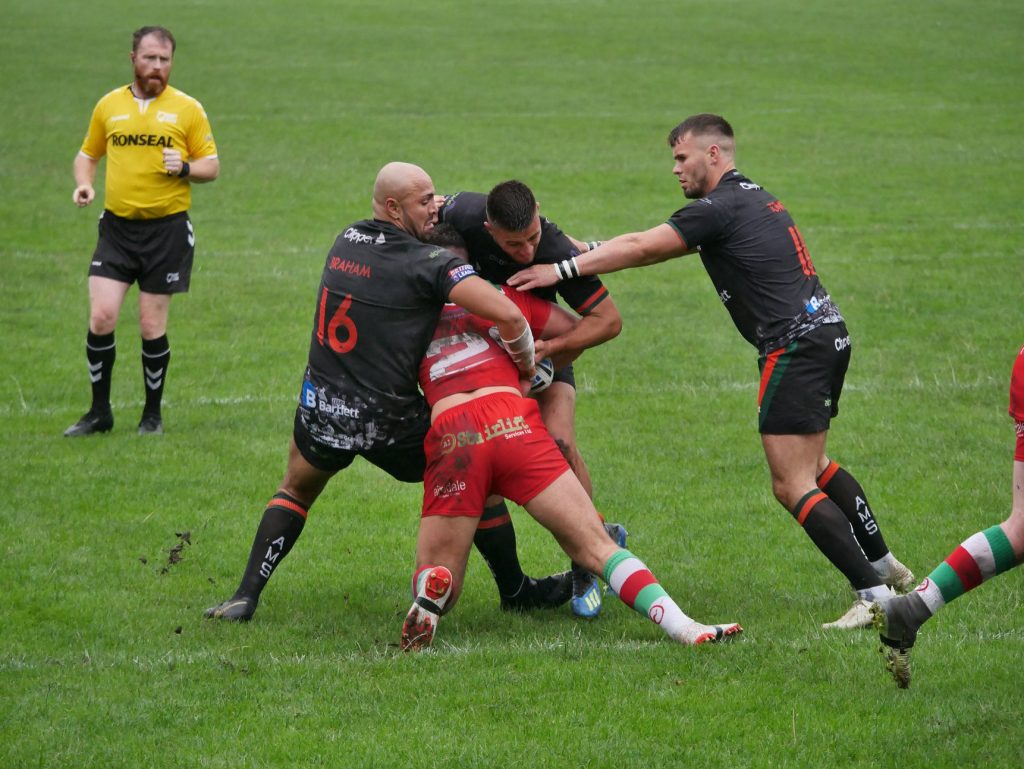 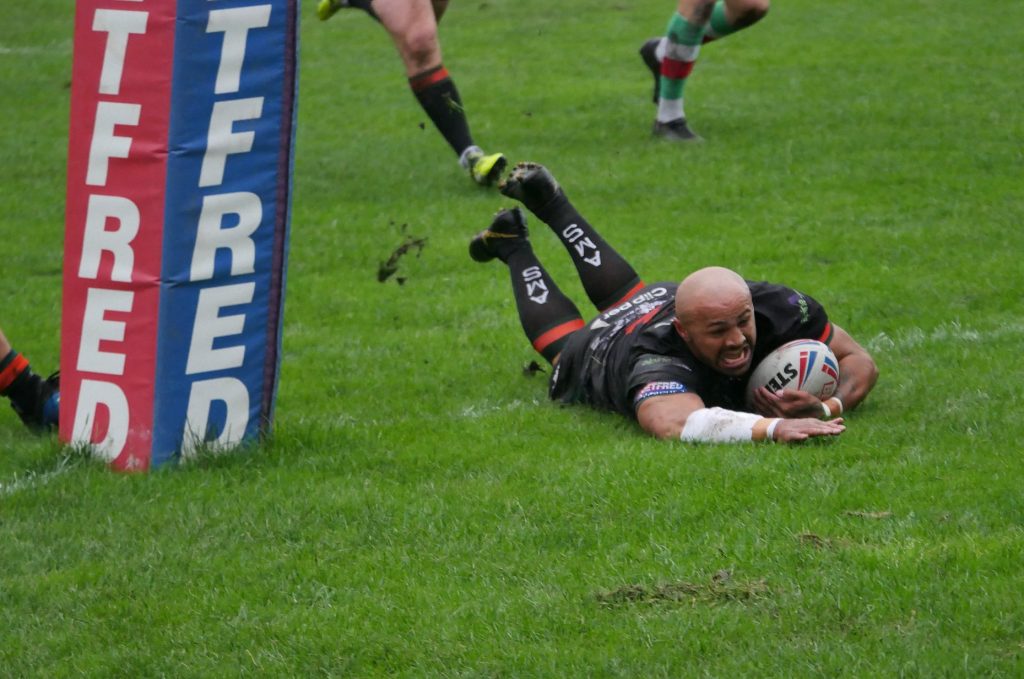