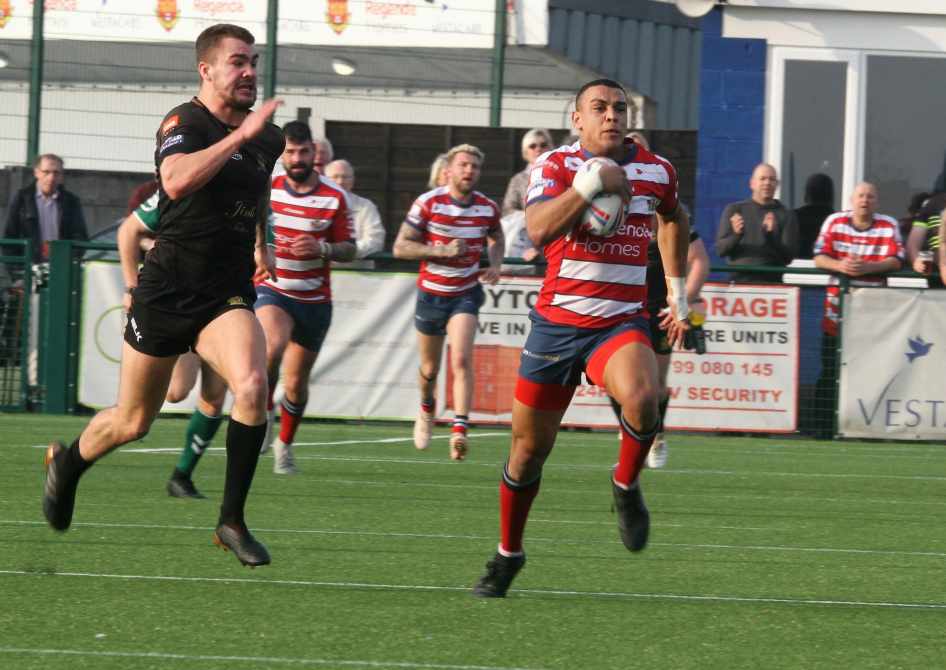 Hunslet have added to their firepower ahead of the 2021 season with the signing of Aaron Jones-Bishop.

The 30-year-old free-scoring Jamaican international has agreed a one-year deal with the Parksiders after having fully recovered from a knee injury sustained while playing with his previous club, Oldham.

He said: “It was an easy decision to make when Hunslet approached me through my agent. I’d played under head coach Gary Thornton previously, at Doncaster, and had thoroughly enjoyed my time with him.

“In addition to teaming up again with GT, I’m friends with several of the lads at the South Leeds Stadium, especially the Jamaican contingent as we look ahead to next year’s World Cup, plus conditioner Steve Morton, so settling in will be seamless.”

Jones-Bishop added: “On top of that, I’ve never experienced playing for a local club since my amateur days with Leeds sides Milford – for whom I played from around four years old – and Queens. It’s always been a long haul for me with my professional clubs, especially my first side Oxford. The South Leeds Stadium is only twelve minutes’ drive from my home in Armley, which makes a change from Oxford, Doncaster and Oldham!”

Jones-Bishop, who is generally seen as a winger or centre, is happy to play anywhere in Hunslet’s bid to secure promotion from BetFred League 1 – as Thornton knows full well, having selected him in the pack on occasion at Doncaster.

Thornton, meanwhile, said: “Aaron joins us after recovering from a serious knee injury, and is desperate to get back to fitness and prove his worth.

“He has been around League 1 for a few years now so has plenty of experience at this level. I’ve coached him before at Doncaster and I know his professional attitude will be a good fit for our group and our environment. He also gives us some flexibility as he can play centre and wing equally as well.

“He is very athletic and strong, returns the ball really well, and will be a great addition to our already potent backline.”