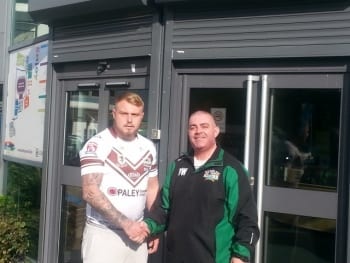 Hunslet Hawks RLFC can today announce that forward Jay Leary has signed a contract with the club for 2016.

Leary 23 has joined the club from York City Knights after a brief spell at Batley Bulldogs.

Director of Rugby Darren Williams said “Jay graduated via the Rhinos youth set up and was originally part of our scholarship programme a few years back and I’ve kept an eye on his progress throughout his career, he’s been unlucky with injuries and he ended this year playing back at East Leeds. His ability is not in question and he’s hungry to take this opportunity we have given him and to cement his place in our 2016 squad.”