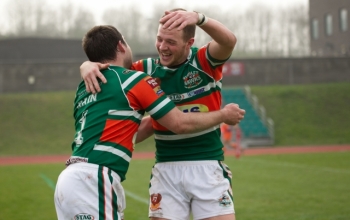 Eaton said: “Jimmy was really good against Oxford last week, and he was great again when we played London.

“His push support has been good, he’s not making any errors and he’s slotted in defensively straight away.

“He’s not normally a centre, but he’s been doing a great job over the last couple of weeks.”