Killer expresses gratitude all round as Hunslet prevail in Cornwall 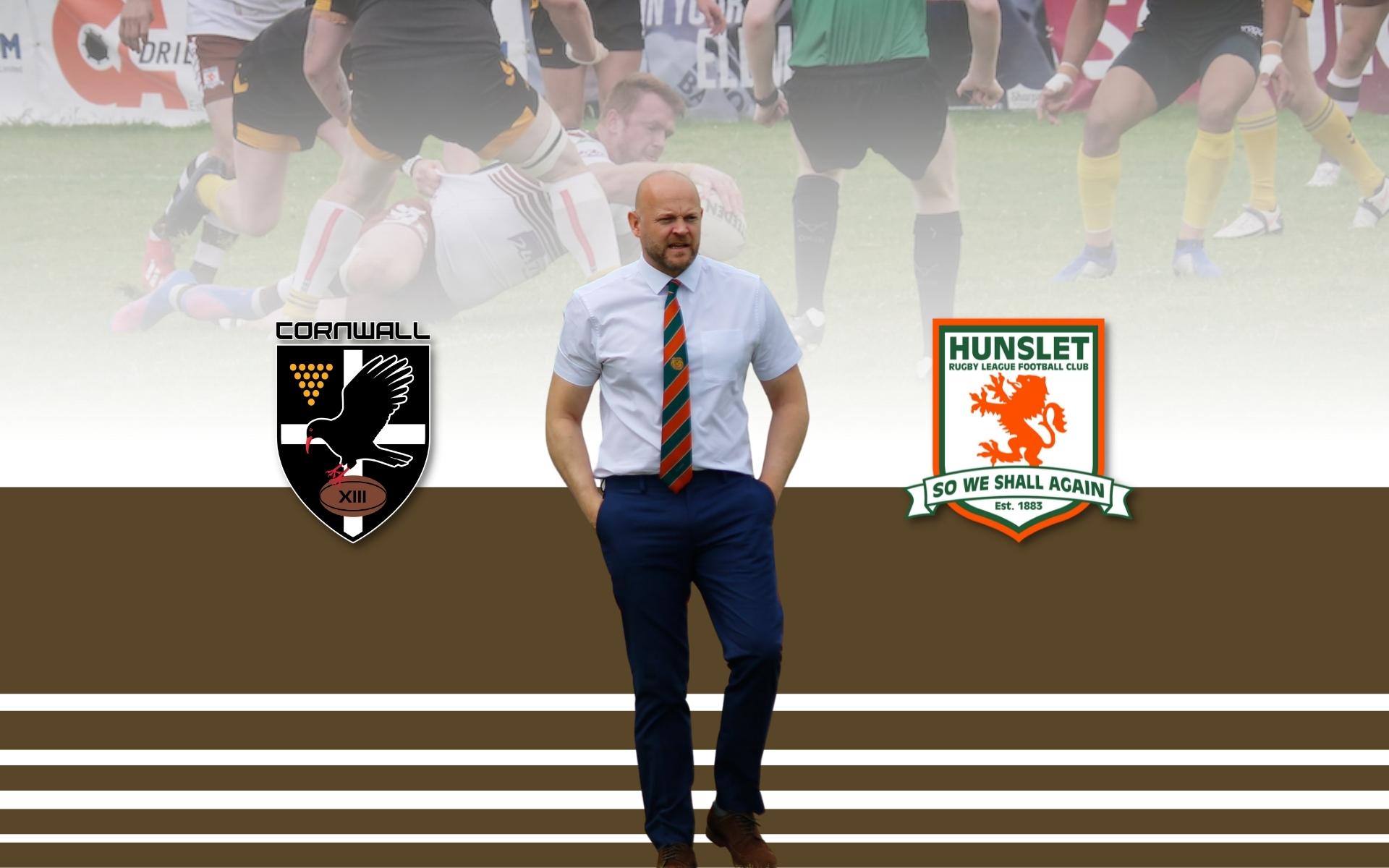 Head coach Alan Kilshaw has paid tribute to his players, his board, the club’s supporters, and a Devon-based Rugby Union club, following his side’s Betfred League 1 victory at Cornwall on Saturday.

The Parksiders overcame a hesitant start in which the Choughs, who had claimed the first win in their short Rugby League history the previous week, at West Wales Raiders, went 12-0 up through converted touchdowns in the opening quarter by former Hunslet players Aaron Jones-Bishop and Tom Ashton.

But Kilshaw’s men eventually got into gear to lead 18-12 at the break and, although Cornwall levelled, Hunslet took control with Macauley Hallett’s hat-trick try and touchdowns for Josh Jordan-Roberts and Jack Render.

Harvey Hallas had grabbed the Parksiders’ other score, on the cusp of half-time, while Pat `Patch’ Walker landed six goals from as many attempts.

`Killer’ said: “We were very good from 20 minutes to 65 minutes, although I wasn’t impressed by how we started and how we finished. We weren’t anywhere near clinical enough at Cornwall’s end in the opening quarter, and we didn’t field their kicks well, which helped them establish that early lead.

“But, from midway through the first half, I was happy with the way we stuck to our game plan, and Patch Walker had a big influence on that. Towards the end of the game, though, we threw away four try-scoring opportunities before Cornwall got their consolation try. And Jacob Doyle and Sion Jones both suffered knocks to the head which will rule them out this week, against West Wales Raiders, because of concussion protocols.

“The long journey down the previous day might have contributed to our slow start. We’d not gone five minutes out of Leeds when we hit an hour-long delay, with a traffic jam on the motorway, then there was a further delay when our driver had to be replaced as he’d filled his hours.”

When Hunslet reached Devon, the squad hit another blockage, which is when Killer’s fiancée, Hannah, came to the rescue. He said: “We needed to stop off somewhere for a run-out so I called Hannah, who’s from that neck of the woods, to check if there were any rugby clubs nearby. She pointed us towards Cullompton RUFC, which is a well-appointed ground. One of their chaps approached us, asking what we were doing, and he was great, in fact he allowed us in the clubhouse for us to do our video review.

“We’d made the best of a bad situation, given the long journey. The players and the coaches are very grateful to Cullompton RUFC for being so hospitable, and to Hunslet’s board for stepping up and providing us with accommodation for the night before the match. That was very important, there was no way we could have gone down on the same day.”

`Killer’ concluded: “Our supporters also played a part. They travelled down in numbers and really got behind us right through the game, including when we were behind. Above all, though, I want to pay tribute to the players and support staff (including recently `retired’ kitman Trevor Brown, who stood in for the unavailable Scott Johnson), who sorted time off work to be available, and who came up with the goods on the day in what was a banana skin of a fixture.”