Stand-off Simon Brown, who has been out of action for several weeks with a rib injury, has been named in head coach Alan Kilshaw’s squad for Hunslet Rugby League club’s home Betfred League 1 fixture on Sunday (29 August) with Coventry Bears (3.00pm).

Threequarter Matty Chrimes, who missed last week’s draw at Rochdale Hornets (sternum) is back to fitness while centre Will Cooke, who has been sidelined with a leg injury, is also available for selection. Prop Frazer Morris, however, is ruled out, having been suspended for one match following his dismissal for a throw in the recent victory over London Skolars. Joe Summers misses out following a hand injury picked up at work.

Kilshaw said: “The players have got over the disappointment of not getting the maximum points they deserved last Sunday.

“We are really close to being in a situation where we have everyone fit – apart from fullback Jimmy Watson, with his long-term Achilles injury, and second row Brad Hey (ankle) – which makes my selection job difficult as I continue to learn about the players and the best combinations.”

He concluded: “The 17 we put out this weekend know what’s expected of them and, with strong home support behind us, I’m confident we can perform to our potential.” 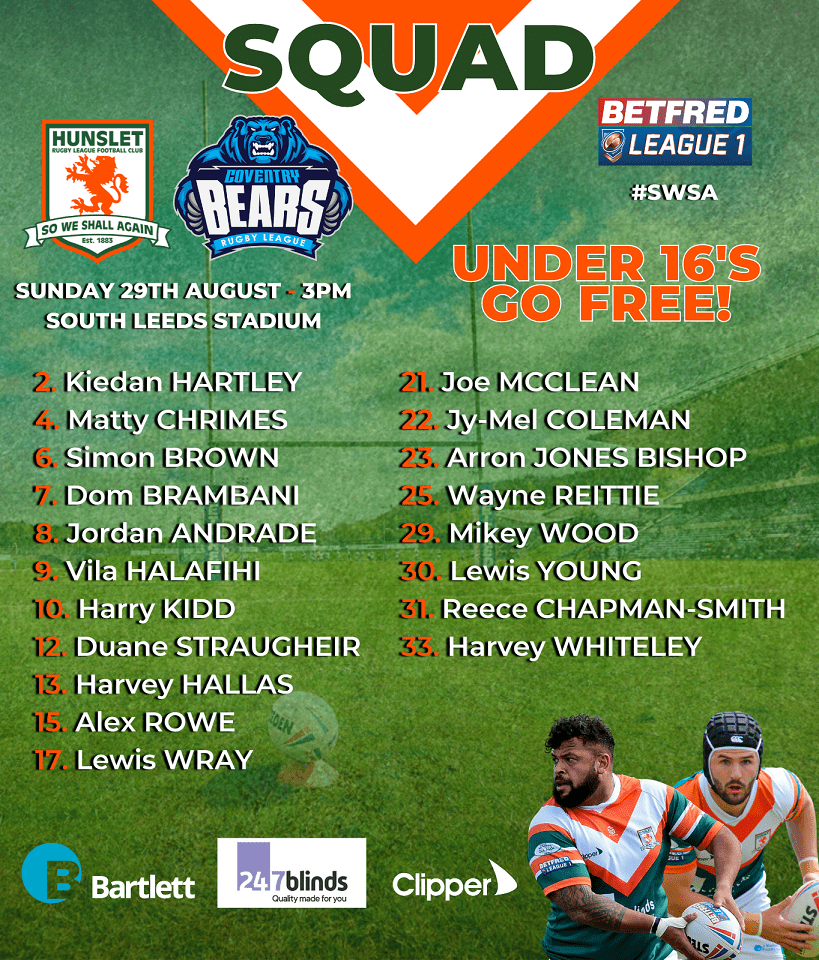