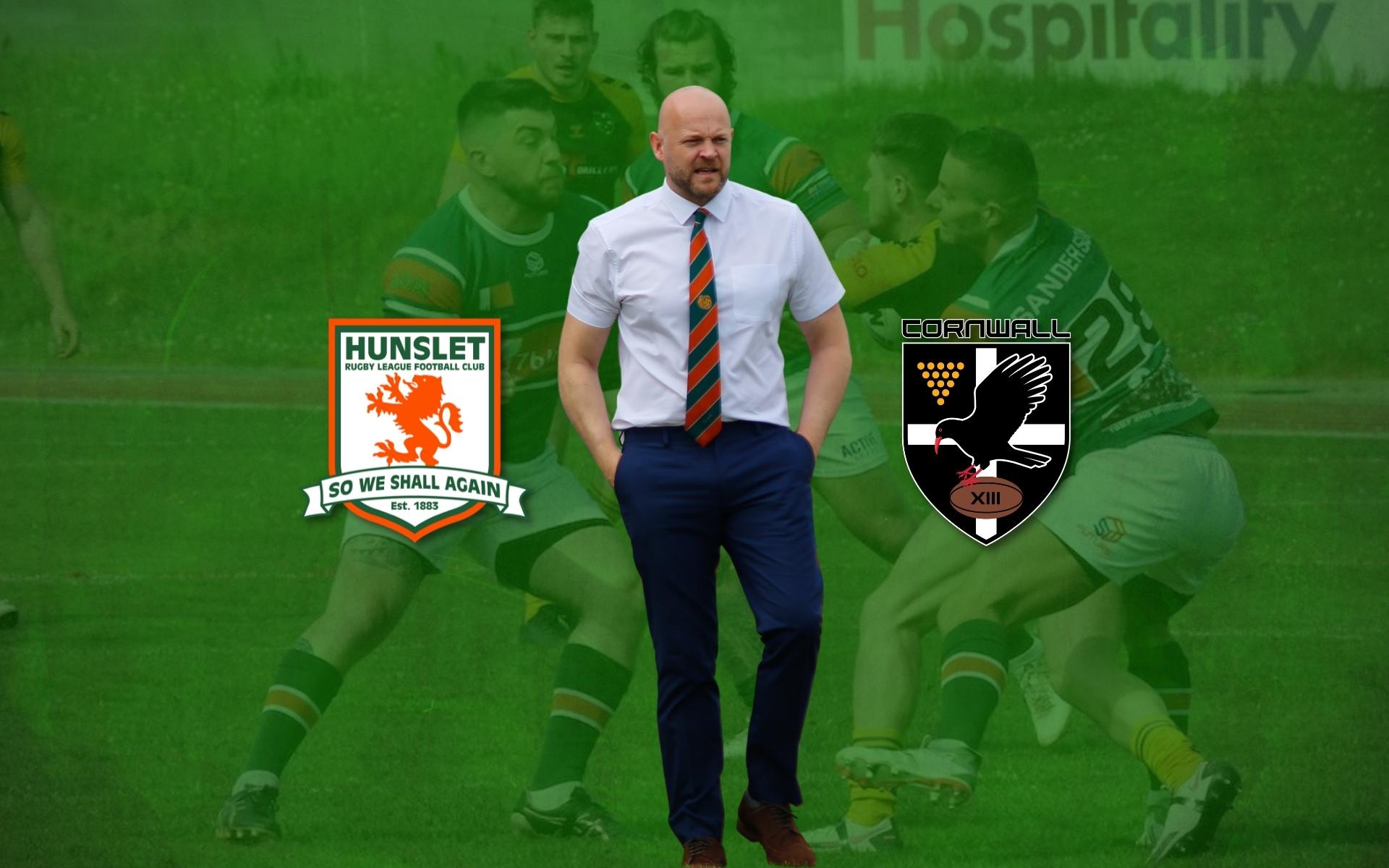 HUNSLET were never in difficulties in Sunday’s Betfred League 1 victory over Rugby League’s new boys Cornwall. The Choughs, however, might not be far away from posting a first win – with this week’s home fixture with West Wales Raiders a real opportunity – and Cornwall’s ability to score points under the guidance of veteran coach Neil Kelly was very much in evidence throughout.

But the Parksiders cut loose in the final quarter to turn a comfortable 34-16 lead into an emphatic 52-16 win, with Jordan Paga and Jimmy Watson grabbing second tries and loan centre Jacob Doyle also touching down, while Joe Sanderson booted the last three of his eight goals.

Wayne Reittie had crossed twice, either side of the break, while Harvey Hallas had opened Hunslet’s account and Kieran Moran claimed a try early in the second period.

The Parksiders’ head coach Alan Kilshaw said: “It was a game we were expected to win and although I was disappointed with some of Cornwall’s tries it has to be borne in mind that although they have yet to get a victory they have regularly scored in the high 20s, other than in the recent defeat by Rochdale.

“But we finished the match strongly after Cornwall had got within 18 points, and that pleased me. It’s a recurring trend this season, we’ve been finishing well and that tells me a great deal about our fitness levels. If we can be as good with the ball as we can be, we should be right up there, and that’s a factor we’ll be addressing from the Cornwall game, when we bombed a number of chances that cost us something like 18 points.”

`Killer’ continued: “It wasn’t so much the manner of Cornwall’s tries that disappointed me as the fact that they got into those positions through our indiscipline, with silly penalties conceded.

“Pleasingly, however, we didn’t move away from our gameplan. I stressed the importance of that to the players at half-time, stressing that the points would come if they did that, and that turned out to be the case.

“We had four players in the side who are over 30 – captain Duane Straugheir, Jimmy Watson, Jason Mossop and Wayne Reittie – and their experience was invaluable in a generally young team. Straff, who is an extension of the coaching staff, had a very good game in his first match back after his groin operation. In fact we have a good balance in the team, the rest of the side against Cornwall was in the 19-23 age bracket.”

Kilshaw continued: “I’m very happy with several of those young players and have to pick out prop Harvey Hallas for a special mention, and as a good example for the lads who are not currently making it into the team.

“I had a few hard conversations with Harvey last year, and I had to leave him out several times and set him a few targets. Credit to him, he did everything I asked of him and the result is that he’s been in fine form this season. Sunday’s game, when he got on the other side of Anthony Mullally, who has plenty of Super League experience, was a prime example in what was a tough game up front. Cornwall have a big set, they are very strong in the middle, and they are showing signs that they’ll do ok.”

He concluded: “Another player who impressed me was Joe Sanderson, who played despite being ill. He’d been `coming out both ends’ overnight but you wouldn’t have thought, from the way he performed, that he was off-colour. He was creative, only missed one goal out of nine, and had an impact.”