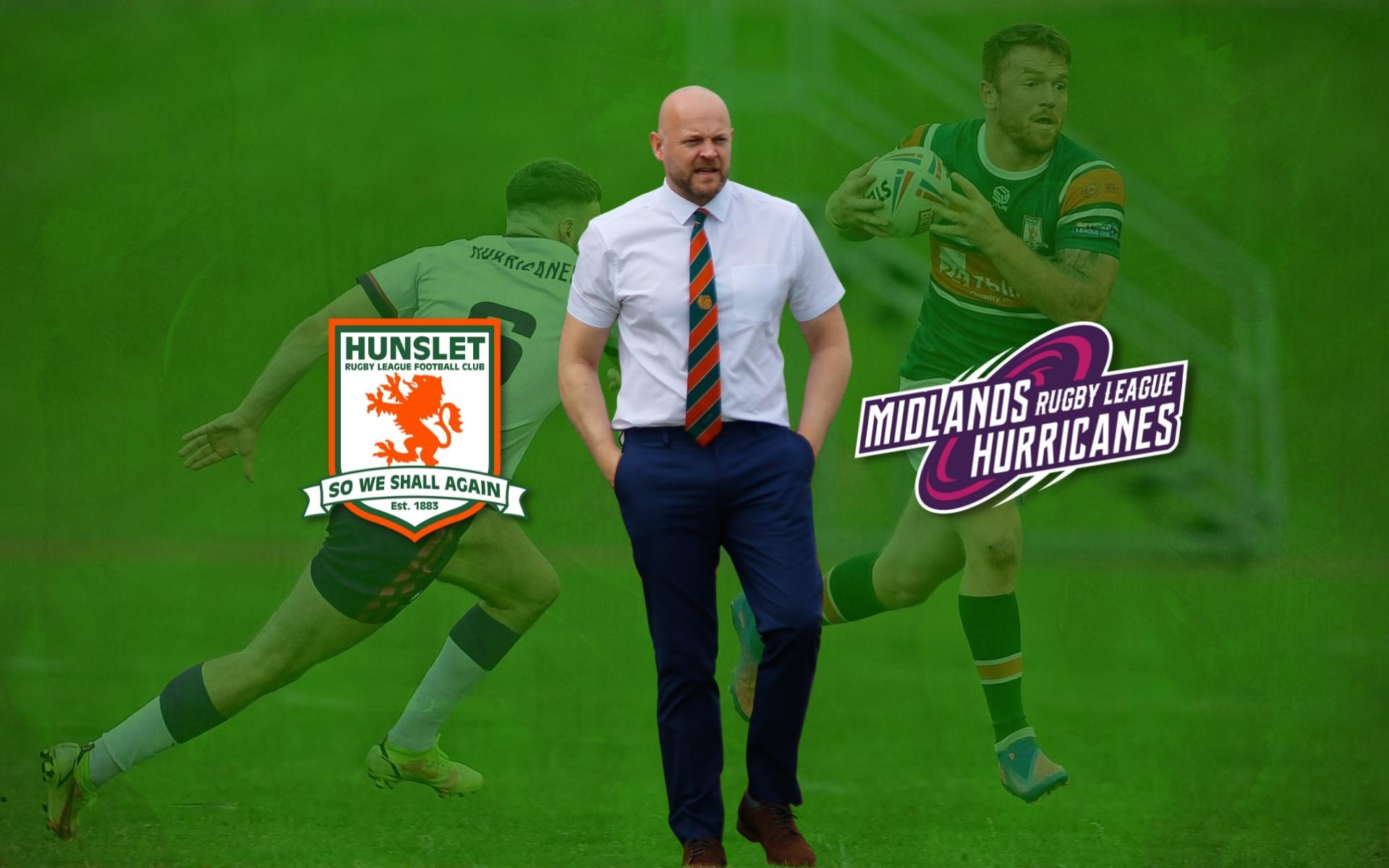 HUNSLET, who had won three of their previous four games in Rugby League’s Betfred League 1 – with the defeat in their last outing, at North Wales Crusaders, arising through a couple of late tries – were brought down to earth with a bang with the 24-0 home defeat on Friday evening at the hands of a Midlands Hurricanes outfit that is, in truth, much better than their league position would suggest.

The threat represented by the Hurricanes had been hammered home throughout the week by the Parksiders’ head coach Alan Kilshaw, who lacked half a dozen senior regulars through injury or suspension. It’s generally accepted, though, that sport is played partly in the mind and `Killer’, who had only the briefest connection with his squad, some time prior to kick-off, as he is serving a two-game touchline ban, said: “I could see, then, that the mood wasn’t right. We didn’t have the necessary hunger or desire, we didn’t roll our sleeves up, and the Hurricanes certainly did.

“We didn’t stick to the gameplan – to make hard yards in the middle and then spread the ball wide – for the first hour, and it cost us. And, unfortunately, I couldn’t get down to the touchline to sort it, although in fairness the players knew the situation and should have sorted it themselves; if you don’t take the tough options in Rugby League you get beat.”

He continued: “Despite how the game went, our fans were brilliant on the night and stayed right behind us, but we let them down. It’s easy to say that we had five or six men out but that’s not good enough, no one outside Hunslet will give us any sympathy, and we wouldn’t expect it. Opposing teams will make the most of our misfortune, of course they will, including the fact that a number of things went against us on Friday. We only had one creative halfback to start with in Matty Beharrell, while after our fullback Jack Render was injured Jordan Paga had to be switched from stand-off, with loose forward Jordan Syme taking over that role. But that wasn’t really the issue. As a club we just didn’t come ready to play, whether we disrespected ourselves or the opposition, or we thought we could just go through the motions and get the job done. Although we were held up over their try-line eight or nine times – and Liam Carr had a `try’ disallowed for a forward pass – the reality is that no one managed to get the ball down, while by contrast Midlands scored four tries, including two from dummy-half.”

`Killer concluded: “Our away win at the Hurricanes, when we were down to eleven men at one stage, was one of our best of the season. I knew very well how hard the challenge would be – it’s a pity I couldn’t get the message across to our players.”

Hunslet, who despite the reverse remain firmly on course for a place in the play-offs, have a `free’ week this week; Kilshaw, meanwhile, should have the likes of Harvey Hallas, Kieran Moran, Josh Jordan-Roberts and Pat Walker available again for the forthcoming trip to Keighley.