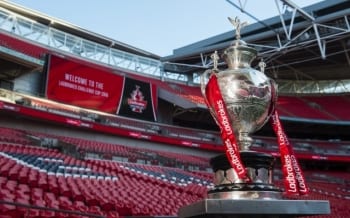 The Ladbrokes Challenge Cup heads to Plymouth for the fourth round draw and will be conducted on board HMS Bulwark tonight from 7.00pm.

The draw, which sees all 12 Kingstone Press Championship sides enter, will be streamed exclusively live on the BBC Sport website from 7.00pm – fans can watch by visitingwww.bbc.co.uk/sport/rugby-league.

Tickets for the 2017 Ladbrokes Challenge Cup final at Wembley Stadium on Saturday, August 26 can be purchased by calling the Rugby League Ticket Office on 0844 856 1113 or by visiting www.rugby-league.com/tickets.