The 32-year-old, former Bradford Bulls captain, who weighs in at nearly 19 stones and stands 6ft 2in tall, has agreed a one-year deal with the Parksiders and is seen by head coach Alan Kilshaw as an important corner-stone of the pack for the forthcoming Betfred League One campaign.

Crossley has given great service to his hometown club Bradford Bulls (in three stints stretching back to 2010), in addition to playing with distinction for Dewsbury Rams, Featherstone Rovers, Castleford Tigers and Toronto Wolfpack.

A product of the crack Clayton amateur club, he gained Yorkshire and Great Britain Under 16s Academy honours and was named as player of the tour on the trip to Australia in 2008.

Crossley totalled some 156 appearances for the Bulls before recently announcing his planned departure, but he is delighted to now be continuing his career with Hunslet.

He said: “It was a difficult time last season at Bradford and I’d wanted to wait until January to see whether I could carry on in Rugby League, plus I’ve been very busy in my cleaning business. As soon as I announced I was leaving the Bulls I began receiving approaches from interested clubs, especially in the Championship. At the same time Alan Kilshaw got in touch and, my goodness, was he persistent and persuasive! He’s a big reason I’ve joined Hunslet, he really did rein me in, including with his plans for next season, while I’m also impressed by the club as a whole.

“`Killer’ – with his insistence on a winning culture – and Hunslet mirror my own philosophy on Rugby League. I have high aspirations and so do the Parksiders, who are of course historically one of the great names in the sport and who, given the many quality players on board, including quite a few promising and enthusiastic youngsters, are clearly on the rise.

“I decided I want to be part of that progression and I’m looking forward to playing with a smile on my face again after a difficult year at Bradford.”

Crossley aims to bring his experience in twice securing promotion from League 1 (with Bradford and with Toronto Wolfpack) to bear on achieving the same with Hunslet. He said: “I’m keen to pass my knowledge regarding what it takes on to the young lads at the South Leeds Stadium, and I’m really excited about the year ahead.

“I’m massive on driving standards and I’m looking forward to taking a leadership role in that respect, both on and off the field. I’ve turned down opportunities in the Championship and I’m sure I’ve made the right decision. There’s a great feeling about Hunslet, and it will be fantastic being able to enjoy my rugby again.”

Kilshaw said: “Steve is a Championship prop who brings as much off the field as on it. He is a leader in every sense of the word, and we have had some good long talks about culture and what we want to implement at the club.

“He has some really good ideas and input while, on the grass, we know he will carry tough and win his collisions in both attack and defence. Steve has come here to win first and foremost. He will sweat blood on the shirt for success, and we want to be playing Championship football with Steve in a Hunslet shirt.”

He continued: “We have developed so much off the field in the last 18 months. With our staffing and medical teams in place for the new campaign, and a hardworking board, it’s evident the club want to have success.

“We have a very strong squad who are willing to work hard and represent the Hunslet badge in the manner we want them to. Pre-season is now very close and everyone is excited to get started.”

The Hunslet boss, who has recruited impressively in recent weeks, concluded: “Once we were given extra funding (from sponsors Jason Peterkin of 247Blinds and Tony Levison) to strengthen the side, I met with my coaching team and then with members of the board, and we identified a number of players and potential positions.

“We spoke about the possibly of bringing in an experienced halfback but we felt the halves we have – Jake Sweeting, Nathan Conroy, Morgan Punchard and Fraser Stroud – give us plenty of quality and depth. We also have the option of using Michael Knowles and Joe Burton in those slots, so we felt we needed some more strike and power up front to build a platform for those pivots to play off.

“Our first marquee addition was Adam Ryder – an obvious choice to add strike and power out wide – and when we were alerted by our director Damian Irvine to the fact that Steve Crossley could be available there was no point hanging about. I’m delighted and excited to have him on board.” 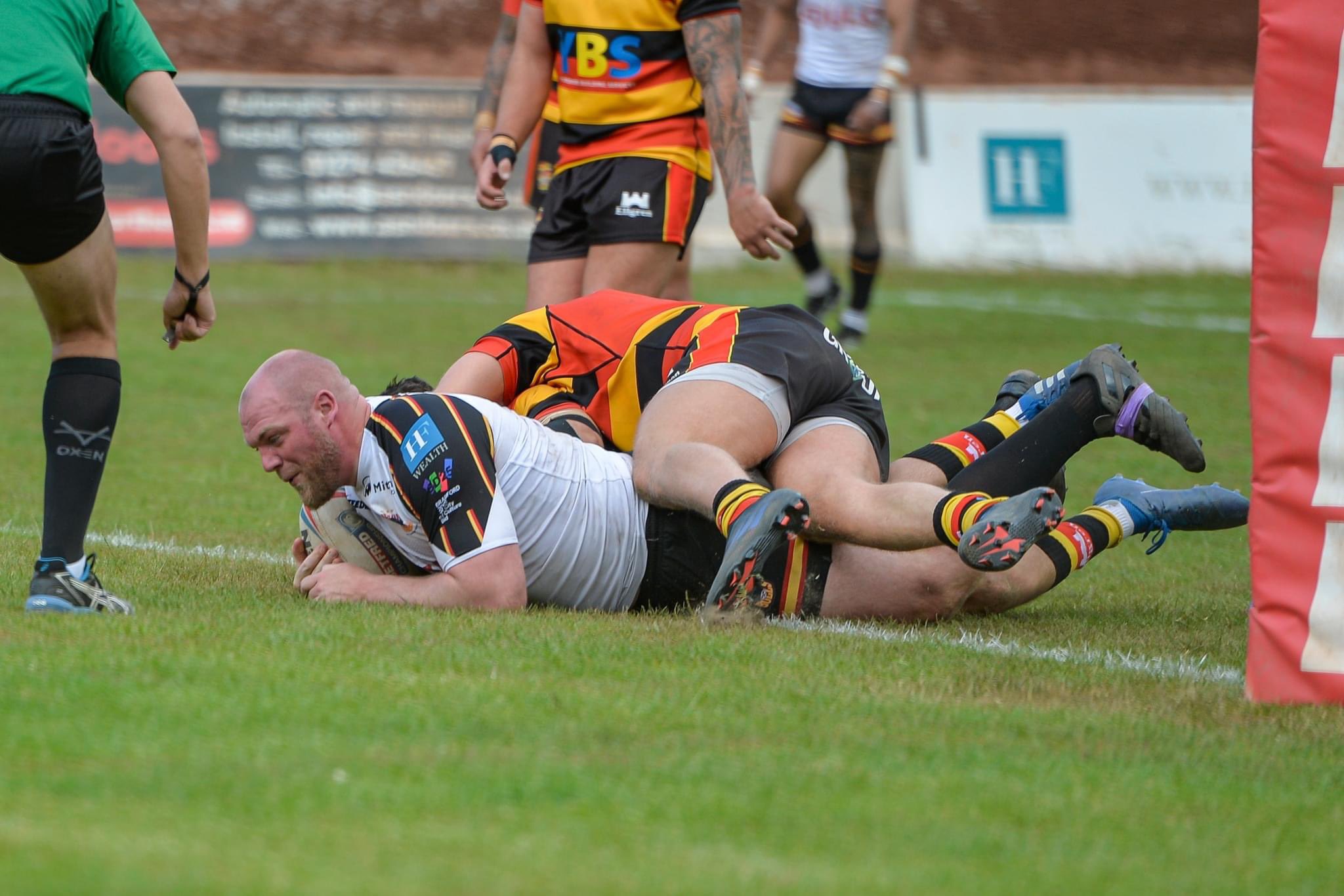 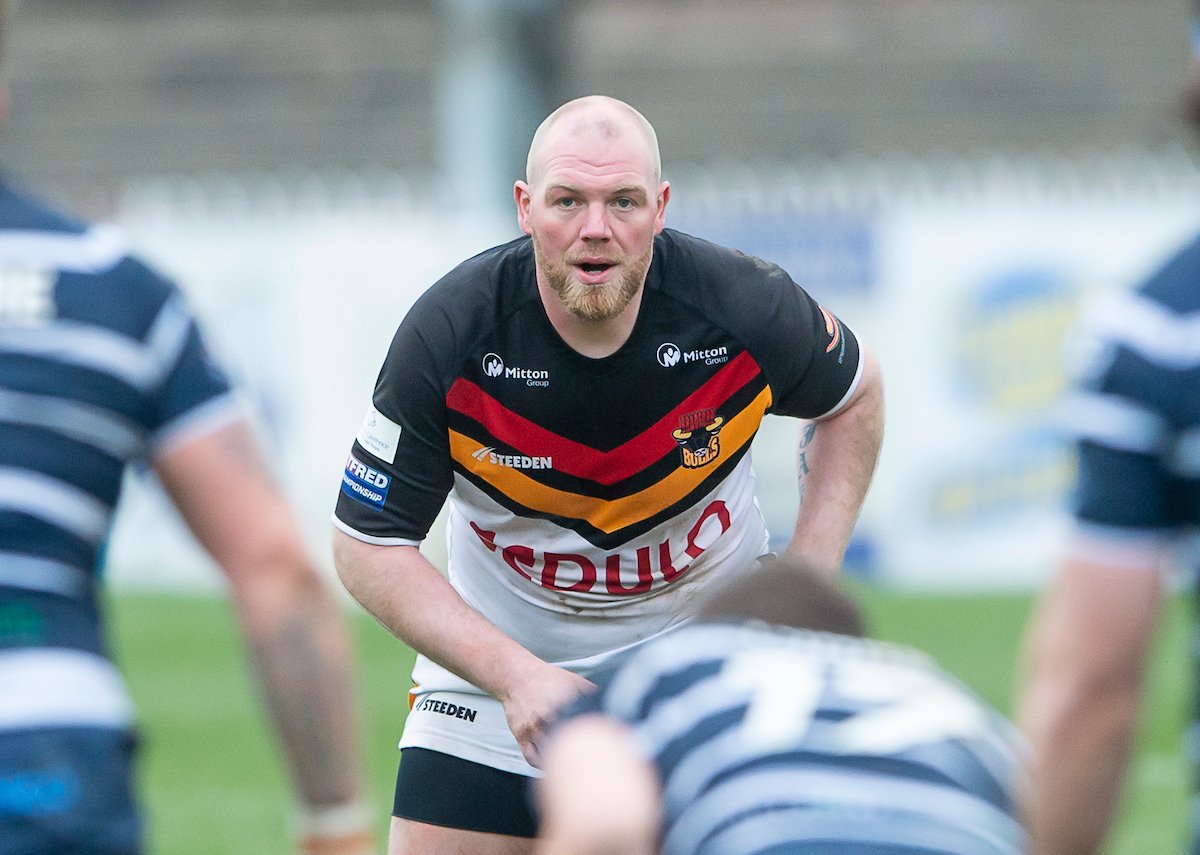 He’s One of Our Own. Congratulations to Jimmy Watson who scooped £1,000 on the Weekly Draw. Loyalty counts - if you would like to join the Draw simply click here and join today: hunsletrlfc.com/store-2/weekly-draw-2/ ... See MoreSee Less